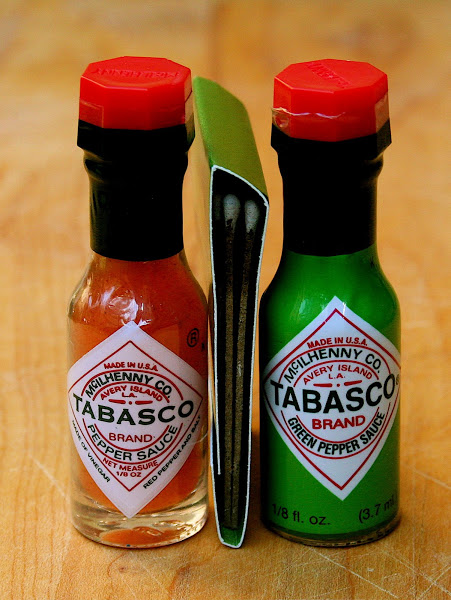 On November 10, 1775, the Second Continental Congress resolved to create the Continental Marines, a force of two battalions captained by Samuel Nicholas, a Philadelphian. Later that day, Capt. Nicholas set up his recruiting headquarters in Tun Tavern, today regarded as the birthplace of the United States Marine Corps. (A plaque marking the approximate location of Tun Tavern stands on Front Street between Walnut and Chestnut.)

Since November 10,1925, when the first formal ball took place in Philadelphia, the Marine Corps has celebrated its birthday each year with galas all over the world. All commemorations of the birthday include a reading of Order No. 47, written in 1921 by General John A. LeJeune, summarizing the history, mission and tradition of the Marine Corps. Yesterday marked the 232 birthday of the USMC. 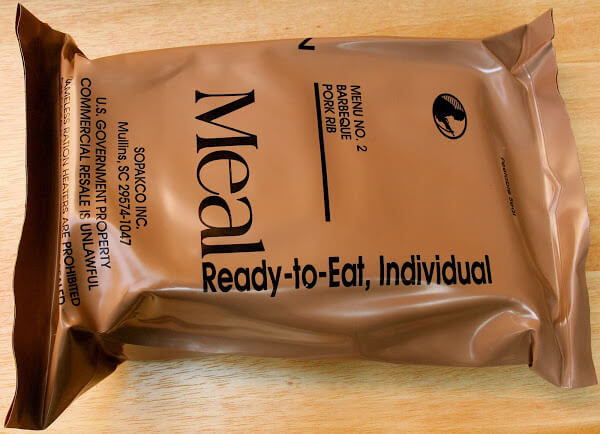 Last Saturday, presented with the rare opportunity to help my husband prepare for a weeklong field exercise, I found myself “fieldstripping” MREs (Meals, Ready-to-Eat), the self-contained, individual rations used by the U.S. military. Fieldstripping consists of removing excess wrapping (added weight) and unneeded accessories (such as pepper, sugar, and non-dairy creamer packets), leaving the package filled with the bare necessities: snack bars, chili and beans, and M&Ms, for example.

For my services, I got paid with a package of vegetable manicotti — classic field currency — and a few other MRE components as well. While I’m sure the novelty of eating this astronaut-like food fades quickly, at the moment I’m totally intrigued.

Within seconds of filling a small pouch with a couple of tablespoons of water, the heating unit tucked inside activated, causing the bag to puff like a balloon. Hot air burst through the open end, like steam escaping a whistling teakettle’s lid, making the plastic bag hot — dangerously hot — to touch. A chemical smell, redolent of burning plastic, filled the air as the heater began warming my vegetable manicotti, squeezed inside the pouch as well in its own plastic wrapping. Following the instructions, I positioned the pouch at a slight incline and patiently waited for the magic to happen.

In the meantime, I assembled a little hors d’oeuvre — crackers and peanut butter — and opened a side dish — mango-peach applesauce. I removed the contents of the accessories pouch, setting aside the damp-proof matches, a moist towelette and two pieces of gum, opening the salt and pepper preemptively.

After 10 minutes, I removed the meal pouch and tucked in, spooning out the meal straight from the bag, attempting to keep the experience as authentic as possible. Tomato sauce, the smell reminiscent of a cafeteria lunch buffet, covered a single tube of pasta, the vegetable purée inside textured like pâté. The taste, a touch institutional as well, was fixed by splashing the entire contents of a 1/8-ounce bottle of Tabasco into the pouch.

To wash it all down, I sipped on a vanilla dairy shake, fortified with vitamin D and calcium, packing a whopping 450 calories. And while I had hoped for a packet of peanut M&Ms or Skittles, a very dense carrot pound cake satisfied my sweet tooth. 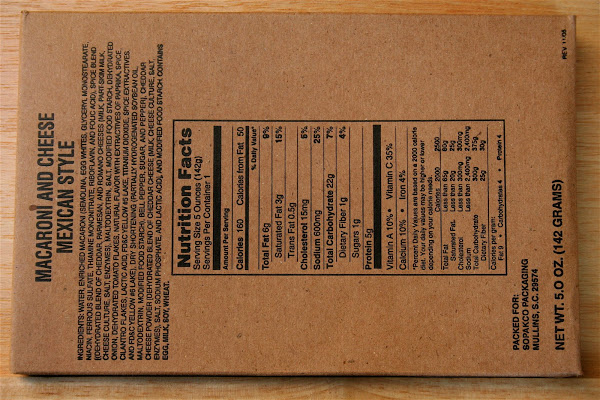 Truthfully, while I quite enjoyed my meal, I perhaps relished even more the experience, one highlighted by having to use a bottle of Tabasco standing just taller than a book of matches. If I had to subsist on MREs daily, as my husband and fellow Marines had this past week during their patrol exercise, I probably would think otherwise. Moreover, as noted by my husband, I rarely would have the opportunity to enjoy my MRE as a sit-down meal: “Chow is continuous,” he says. “You eat when you can.” Each MRE contains approximately 1,200 calories, and often one MRE, when supplemented by a few grocery store items — beef jerky and Jif-to-go — will last an entire day.

Sometimes too, my husband reminded me, limited time precludes heating. I envisioned eating cold vegetable manicotti — a hard but not impossible act. And then I considered some of the others entrées — cheese omelet with vegetables, beef ravioli, and barbeque pork ribs — a harder idea to swallow. Apparently, hot or cold, “the omelet is the worst thing ever.” But everyone has a favorite, and once the meals are distributed, a fair amount of swapping takes place: Mexican-style corn for refried beans, for example, or pumpkin pound cake for a molasses cookie. 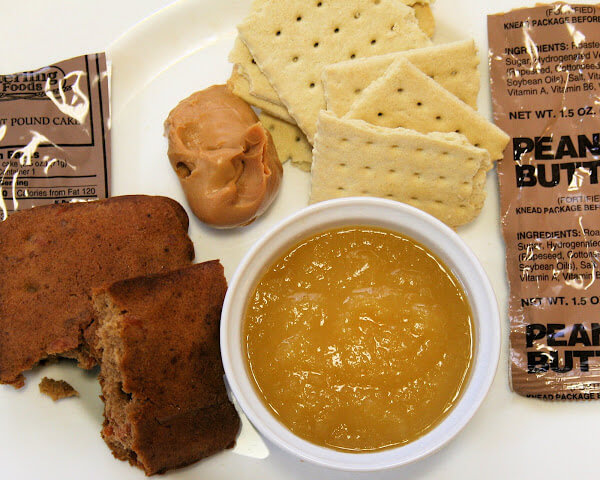 In 1980, the MRE replaced C-rations (combat rations), which consisted of six cans including an entrée, cheese, crackers, candy, an accessory pack, a dessert and four cigarettes. A C-ration contained no heating device, though troops devised “all sorts of ingenious heating mechanisms,” says retired US Army Lieutenant Colonel David Smith. Mr. Smith, a former helicopter pilot, would drain fuel from his helicopter into a can filled with sand to create a sterno-like heater. A tank’s engine could also be used as a heater. When Mr. Smith served, rations were swapped just as they are today, and of course there were favorites back then too — beans and franks, and ham and eggs.

MREs, a vast improvement over C-rations, are remarkable inventions: They have a minimum shelf life of three years, can withstand a parachute drop from 1,250 feet, and can sustain short-term temperature extremes of -60ºF and 120ºF. And MREs continue to improve: To eliminate the need for fieldstripping, scientists have been developing a lighter weight and more calorically dense ration, First Strike Rations, allegedly well received thus far.

I asked my husband if the guys, after being in the field for several days, ever talk about the food they miss.

I bet they did — homemade bread, spaghetti and meatballs, roast chicken. But I shouldn’t have been so romantic: My husband disclosed the food most craved when out in the field — Five Guys Burgers and Fries. I should have known. I did just learn, after all, that McDonald’s is the only restaurant that consistently exceeds my husband’s expectations. 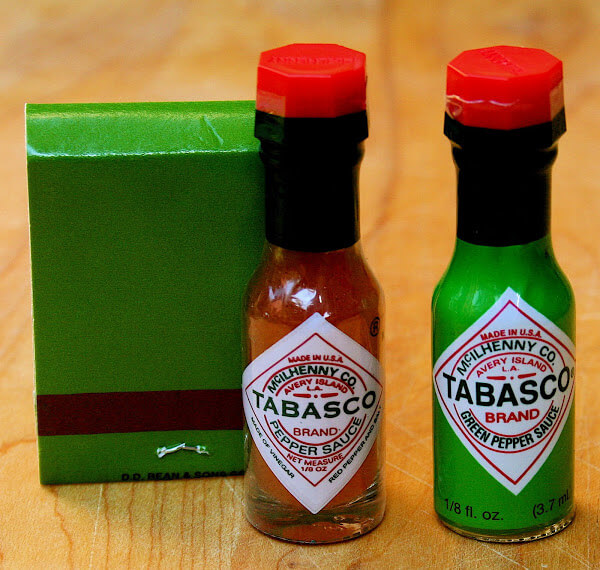