Contrary to what I believed before arriving to the West Coast nearly three weeks ago, it does rain in Southern California. And it also gets cloudy. And while I’m not longing for East Coast weather by any means, yesterday, while shopping at the San Clemente’s farmers’ market, I found myself craving my all-time favorite pasta dish — pappardelle tartufate — found in only one place: a little, Italian BYOB, located 2,378 miles away (as the crow flies) in Philadelphia.

Melograno was one of my favorite Philadelphia restaurants. Whenever anyone I know visited, I pointed them to the corner of 22nd and Spruce; whenever I learned of anyone living in Philadelphia who hadn’t been to Melograno, I gasped, and then pointed them to the corner of 22nd and Spruce. I also told them what to order: the baby arugula and prosciutto salad to start; the papardelle tartufate next; and the tiramisu for dessert. Melograno serves many other delectable appetizers, desserts (and entrées) too, but the papardelle tartufate —a mix of homemade pappardelle pasta, wild mushrooms, chopped walnuts, Parmigiano Reggiano and truffle oil — is an absolute must. 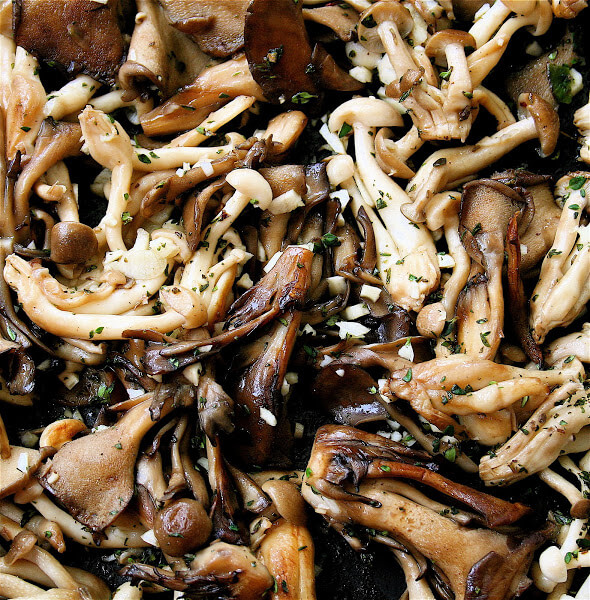 Anyway, while at the market yesterday, I began chatting with Don of Don’s Farm in Wildomar, CA. Don sells eggs, preserves, honey, apple butter, avocados, squash and a host of other vegetables. He also a variety of mushrooms — maitake, brown beech, white beech and royal trumpet — though I am unsure if he grows or just sells these mushrooms.

In any case, Don briefly described the growing technique: these bunches each grow in a bottle in a temperature-controlled room under a fine mist. They are not hydroponic; they are not grown in soil; they are totally organic. Don tells me, “they” — I’m not sure who this refers to, thus the confusion as to who is growing the mushrooms — are building a multi-million dollar facility to increase production of these prized fungi. (As a supporter of small, diversified farms practicing environmentally responsible growing techniques, I am instinctively averse to the idea of this facility: Is growing mushrooms this way any different than the way Earthbound Farms grows their organic greens, in large facilities requiring huge amounts of energy to keep the temperature controlled to prevent the greens from wilting? I’ll have to investigate further, for now, however, I’ll continue to enjoy these delectable fungi.)

Don recommends keeping the mushrooms in their plastic wrappings until cooking time. Do not wash them, he says, and snip off just the outermost end before cooking.

These are the maitake, meaning “dancing mushroom” in Japanese: 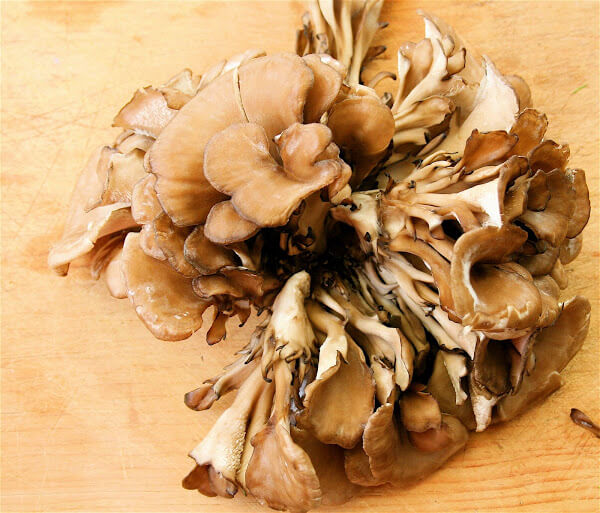 I cannot say this recipe replicates Melograno’s pasta exactly, but it has satisfied my fresh pasta-truffle oil-wild mushroom craving. And this pasta, purchased at the Delaney’s Culinary Fresh stand at the farmers’ market, while completely different than the pappardelle at Melograno, is unbelievable. Last week I bought a pound of the red-pepper linguini and this week a pound each of the lemon basil and red pepper. The pasta will keep, I am told, for up to a week in the refrigerator or months in the freezer. Requiring only two minutes in boiling water to cook, this flavorful pasta remains toothsome and chewy and has already become a Sunday evening tradition. 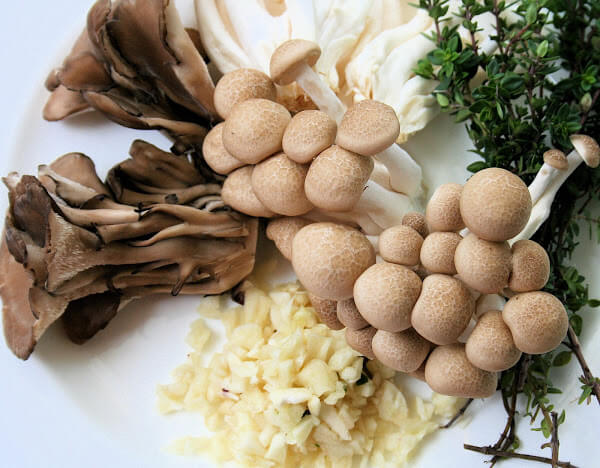 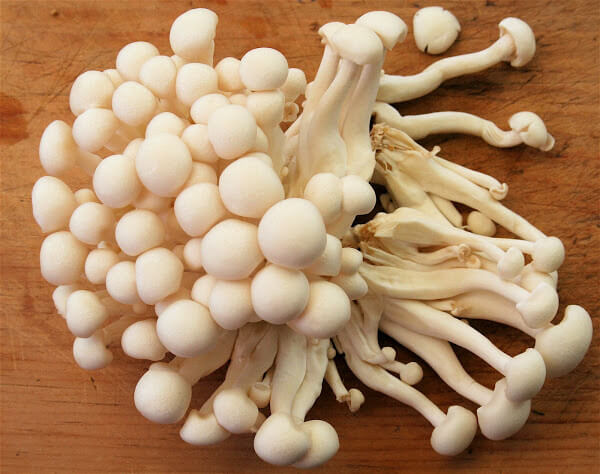 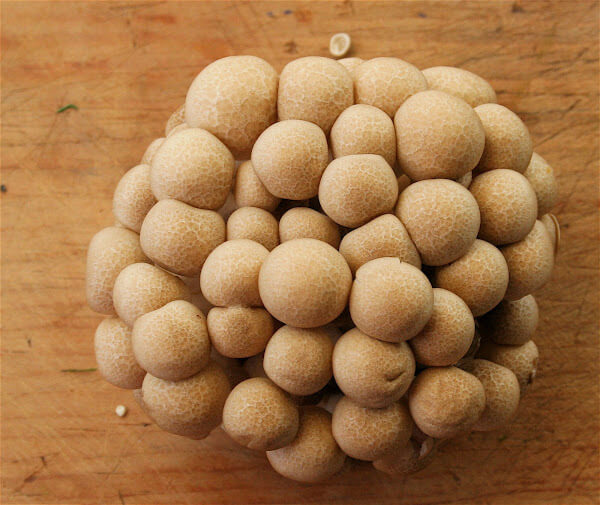 Inspired by a favorite dish served at Melograno in Philadelphia