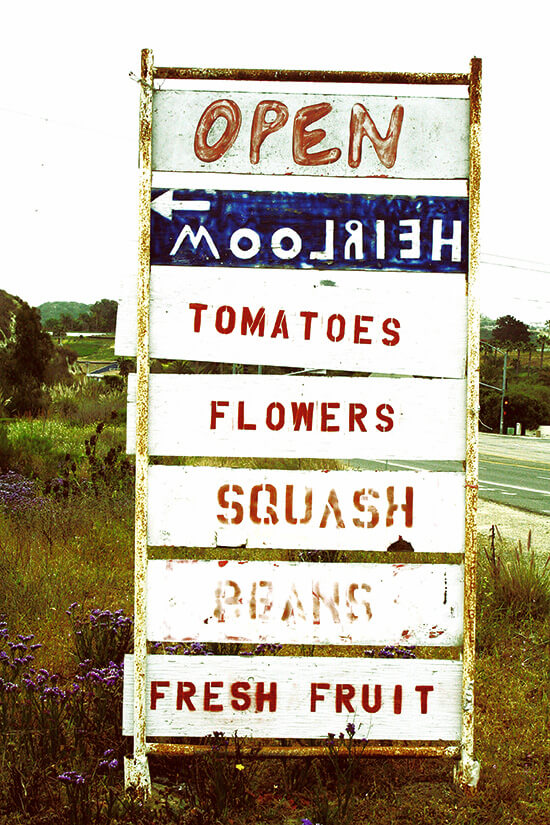 Does it seem odd that I have to go to Costco to find local cheese? Well, I do. And I must admit, I didn’t join Costco because they sell the delicious Bubalus Bubalis mozzarella cheese. The truth is that I joined last February to buy a flat screen tv. I know, I know. You hypocrite, you say. But before you completely judge my membership to this megastore, hear my defense.

Actually, hear Bill Buford’s defense. (Or my interpretation of a Buford theory.) In Heat, Bill Buford spends a considerable amount of time in Panzano, Italy, a small village overlooking vineyards and olive groves in the “Conca d’Oro”, the “Golden Valley,” a large chianti-producing region. Towards the end of his stay, he reflects:

“My theory is one of smallness … As theories go, mine is pretty crude. Small food — good. Big food — bad. For me, the language we use to talk about modern food isn’t quite accurate or at least doesn’t account for how this Italian valley has taught me to think.

“The metaphor is usually one of speed: fast food has ruined our culture; slow food will save it … You see the metaphor’s appeal. But it obscures a fundamental problem, which has little to do with speed and everything to do with size. Fast food did not ruin our culture. The problem was already in place, systemic in fact, and began the moment food was treated like an inanimate object — like any other commodity — that could be manufactured in increasing numbers to satisfy a market.

“In effect, the two essential players in the food chain swapped roles. One moment the producer determined what was available and how it was made. The next moment it was the consumer. The Maestro blames the supermarkets, but the supermarkets are just a symptom.

“What happened in the food business has occurred in every aspect of modern life, and the change has produced many benefits: I like island holidays and flat-screen televisions and have no argument with global market economies, except in this respect — in what it has done to food.”

How does this passage help my case at all? Certainly, you say, Costco carries much of the “big food” Buford describes.

But Costco also carries those very inanimate objects which Buford notes have produced many benefits, many benefits I enjoy on a daily basis. TV watching has never been more enjoyable since we introduced a Vizio to our livingroom. Work on the computer has never been more efficient since I replaced my laptop with a desktop. Countless frustrations vanished when I purchased my Canon Rebel XT. I am so thankful these gadgets have been manufactured at a scale that affords me and so many others the opportunity to have them.

Is this so wrong? Why do I feel guilt when I shop at Costco even if I am purchasing zero food? I know why. It’s because I know that by supporting Costco’s sale of inanimate objects, I am supporting the store overall and supporting a type of food system that contrasts sharply with that I have been trying to support these past few years. It’s a quandary.

That said, it’s a quandary that has become less troublesome since I discovered one item in the dairy aisle. Costco carries Bubalus Bubalis mozzarella, a local brand of mozzarella made from water buffalo. The buffalo actually graze in northern California, but the cheese, if I understand correctly, is produced in Gardena. I first tasted this mozzarella last summer at the Santa Monica farmers’ market and became instantly smitten. It is creamy and delicious, rivaling the imported Italian mozzarella di bufala. I haven’t been able to find it anywhere near me until I stumbled upon it at Costco. 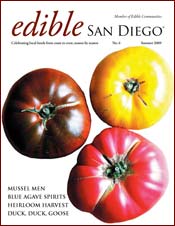 Summer wouldn’t be summer without tomato and mozzarella salads. Bubalus Bubalis mozzarella paired with Cherokee purple tomatoes is a recipe for success. I discovered Cherokee purple tomatoes last summer at the San Clemente farmers’ market and I have looked forward to eating them since last October, when they disappeared from the farmstands. In April, I had the chance to visit Valdivia Farm, the Carlsbad farm that grows these delectable heirloom tomatoes. Below, there are a few pictures from the farm in April just after the tomatoes were planted. 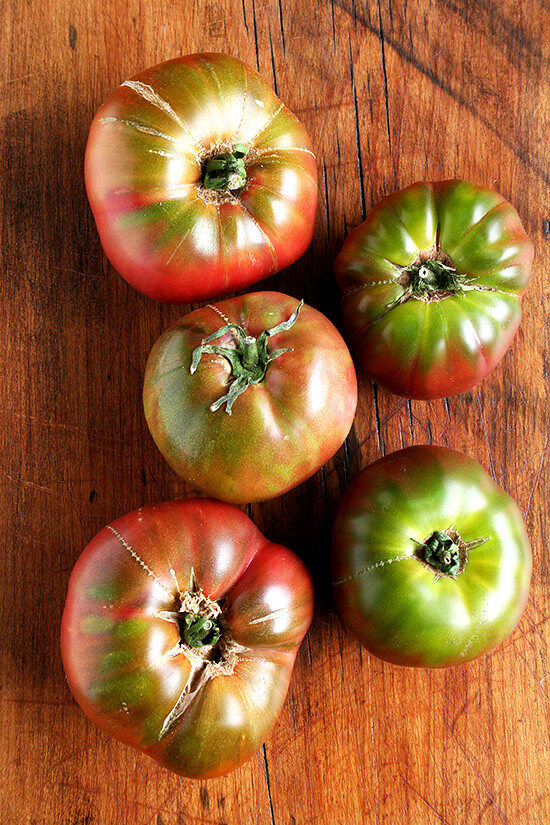 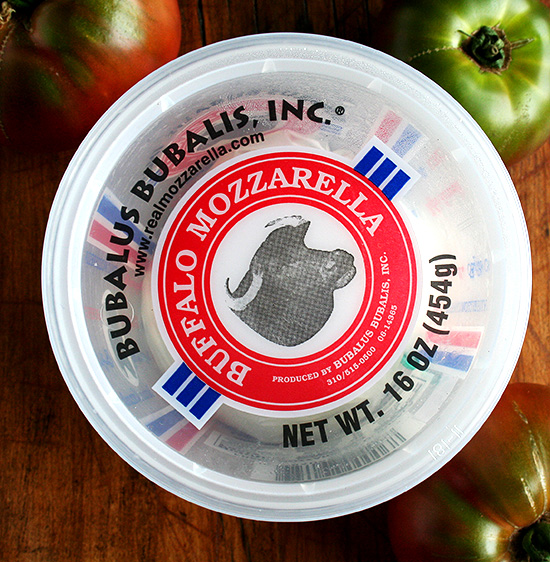 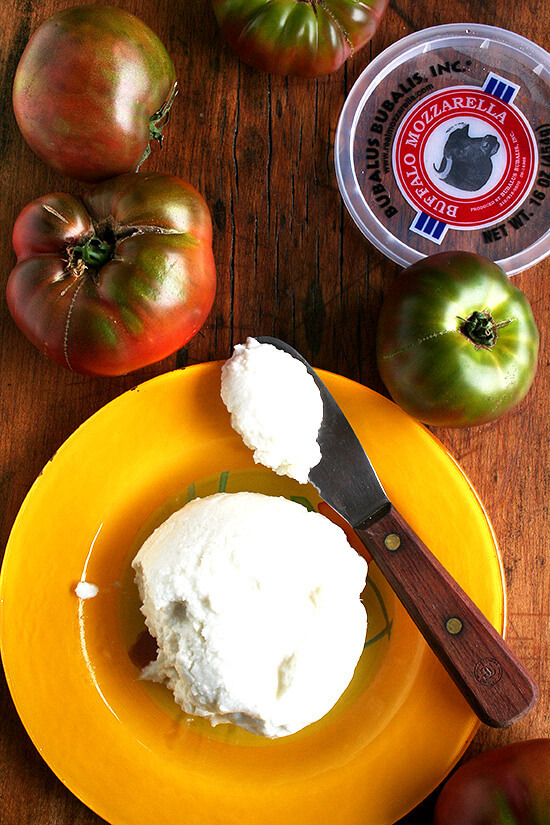 A man selling produce at the Valdivia Farmstand in Carlsbad. 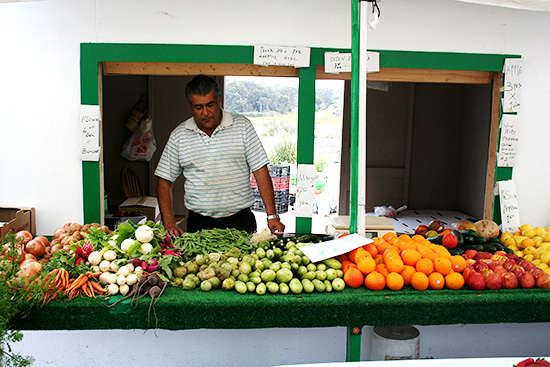 The tomato field at Valdivia Farm in April just a few weeks after the tomatoes were planted. 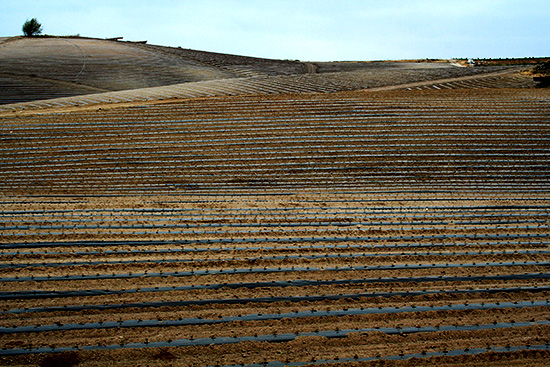 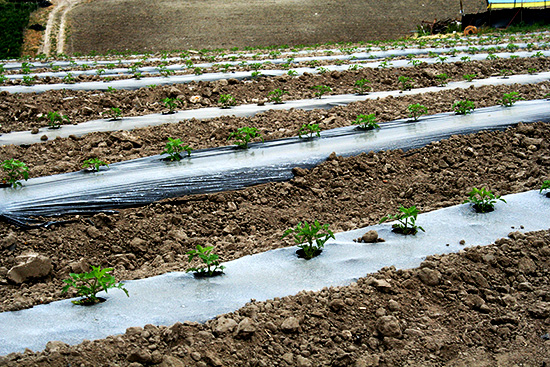 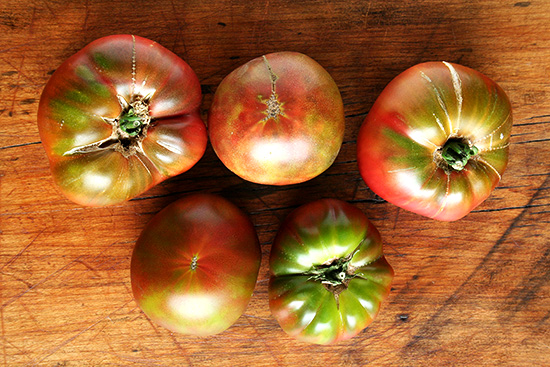