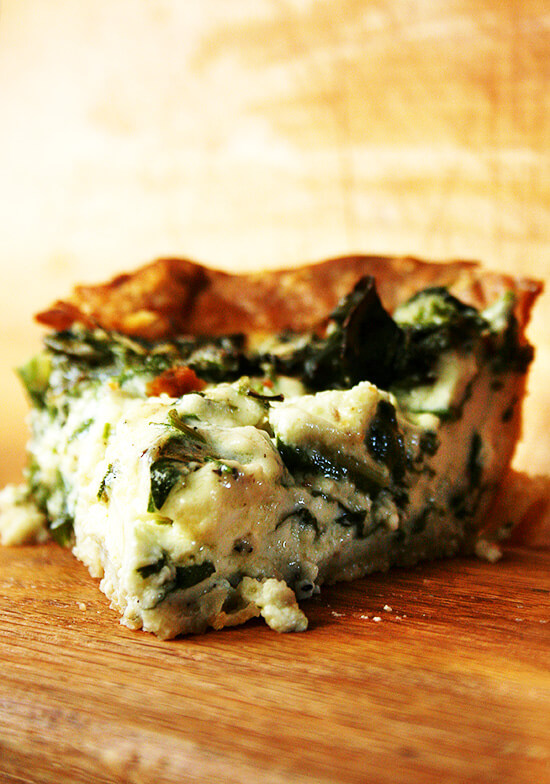 The weekend would begin with quiche. That was a given. My friend would pick me up at the San Francisco airport and before beginning our journey north, we would stop for breakfast. For quiche, that is. I have been dreaming about the Tartine quiche for over a year now, since my last and only other visit to this most adored San Francisco cafe.

The much anticipated weekend arrived, and I found myself at Tartine with two dear friends standing in a line stretching around the corner. As we waited, we contemplated our order, which quickly became apparent would be a feast. None of us was prepared to make a difficult decision this morning, so we decided to keep things simple — we would order everything. Or nearly everything: Quiche. Croque monsieur. Morning Bun. Scone. Croissant. Almond Croissant. Bread Pudding.

The quiche with ham and Swiss chard, my friends confirmed, lived up to every expectation I had created for them. The bread pudding with fresh peaches, too, and the croque monsieur with heirloom tomatoes and Gruyère similarly blew us away. It’s rare for a restaurant to offer an across-the-board spread of so many delectables, but it seems that’s just how Tartine rolls.

So, what separates Tartine’s quiche from others? Well, I have a few ideas, thanks to the Tartine cookbook, which so generously has provided a dead-on recipe. Seriously. I followed the recipe to a T and recreated, what I believe, is the most delicious quiche on the planet.

1. The custard ingredients/ratio. I suspect this is the primary reason why Tartine’s quiche is so fabulous. Tartine uses a ratio of 1 cup crème fraîche to 1 cup whole milk to 5 eggs. The mixing method is also interesting — one egg is whisked with 3 T. of flour until smooth. Then the remaining eggs are whisked in. Then the egg mixture is strained over the crème fraîche-milk mixture. Sound fussy? Well, it sort of is. But it’s so worth it. I wouldn’t recommend straying from the recipe or taking any shortcuts in any way.

When I made this at home, I, for the first time ever, made my own crème fraîche, which was so much fun — it’s crazy  to see heavy cream transform into a thick, tangy mass of goodness. Making crème fraîche is easy: Mix 2 tablespoons of buttermilk (or 2 tablespoons of yogurt) with 2 cups of heavy cream. Cover the bowl with plastic wrap and let sit at room temperature for 12 to 24 hours. Stir and then store until ready to use.

2. The flaky tart shell is delectable. There is nothing unusual about the Tartine recipe — flour, salt, ice water and lots of cold butter. Blindbaking the shell for about 30 minutes ensures a crisp, perfectly browned crust.

3. Tartine uses uncooked greens. For whatever reason, I have been in the habit of quickly sauteéing any type of green before adding it to a quiche, but Tartine recommends otherwise. The recipe calls for 1 cup of uncooked roughly chopped greens. This is the only step where I strayed a tad — I added more like 2-3 cups of roughly chopped Swiss chard.

The Tartine quiche has completely changed my perception of this classic dish. The texture of the Tartine quiche, which has not an ounce of cheese, is truly a beautiful thing. Prior to tasting Tartine’s, quiche for me was all about the fillers — onions, bacon, cheese, zucchini, tomatoes, mushrooms, whatever. Now, it’s about the custard, the light, creamy, custard.

I must admit that making this quiche is no simple task. That said, if you have the tart dough made in advance (which I do now since the tart dough recipe yields enough for two 10-inch quiches) and if you have the crème fraîche made in advance (or are using store bought), making this quiche isn’t such a process. It’s also just a matter of getting familiar with the process. 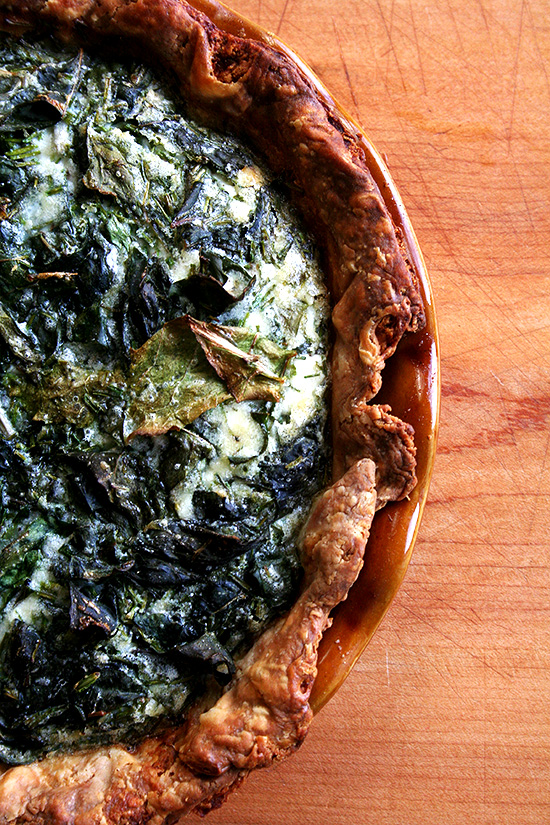 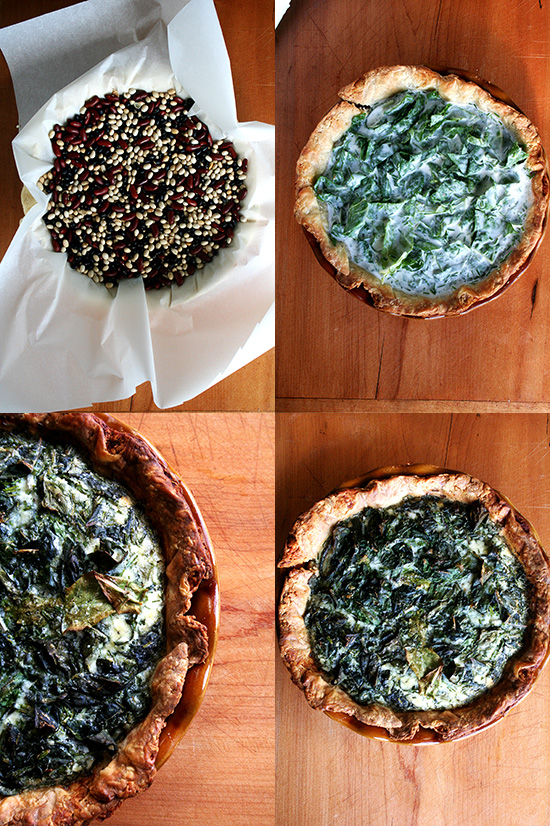 Next on my recipes to tackle in the Tartine cookbook is bread pudding made with homemade brioche bread. Before we head there, however, I just want to share a few highlights of my trip to Napa: 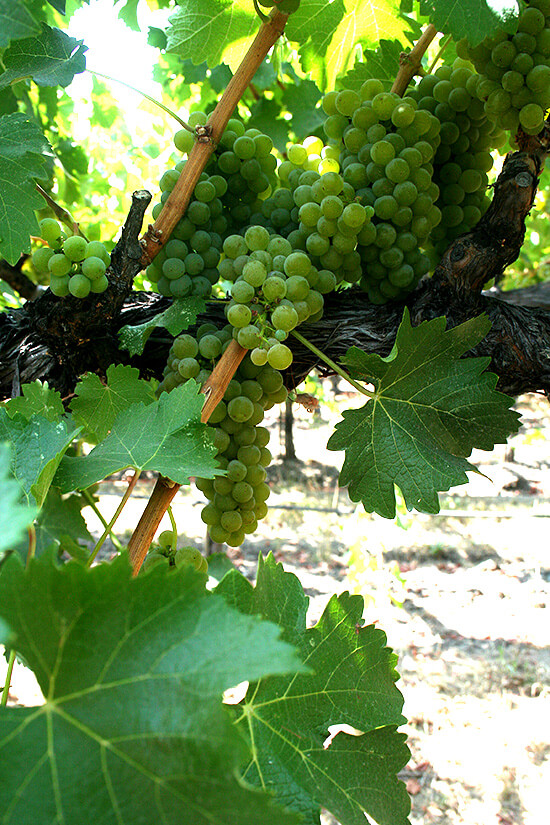 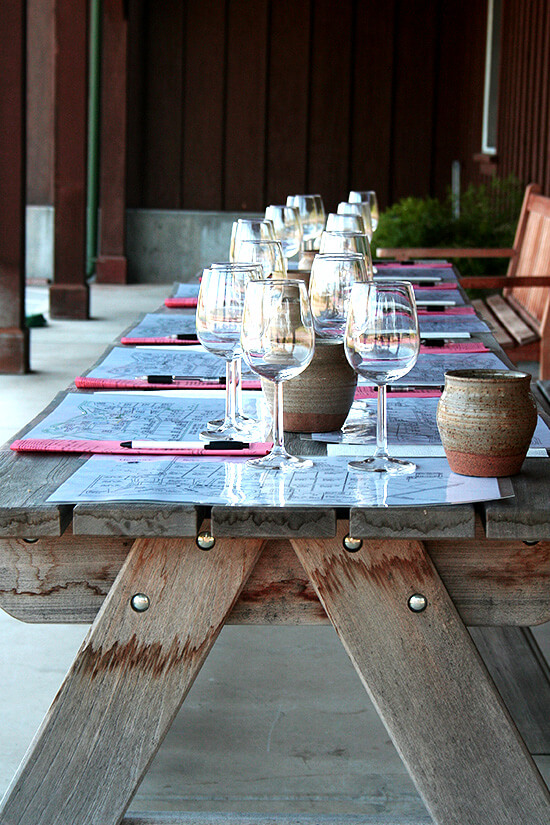 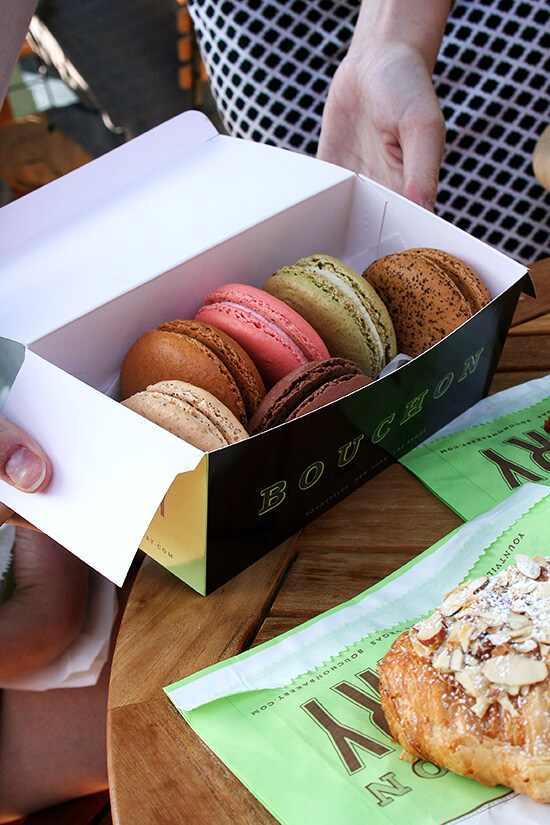 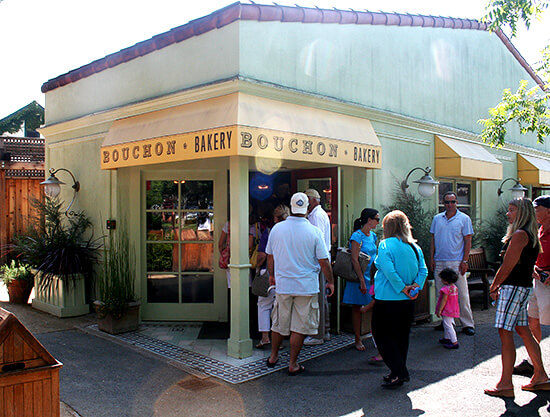 * To make crème fraîche, place 2 cups heavy cream in bowl. Add 2 tablespoons of yogurt or 2 tablespoons of buttermilk. Stir to combine. Cover bowl with plastic wrap and let sit at room temperature for 12 to 24 hours. Stir. Mixture will be nice and thick. Store in the fridge until ready to use. Note: Try to use good heavy cream and not ultra-pasteurized if possible — I used to have no trouble making crème fraîche, but recently I have found that it takes an especially long time for the cream to thicken. If you find that after 12 hours the cream does not look thick at all, add a few more tablespoons of buttermilk or yogurt to the mixture. 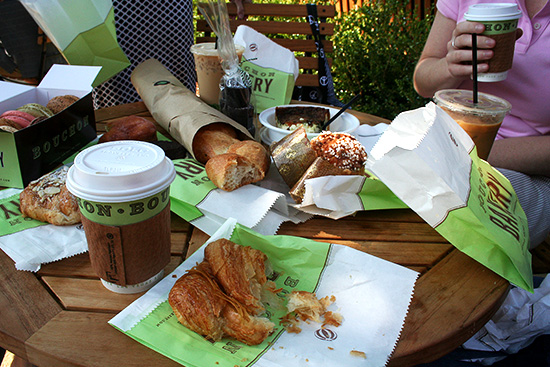