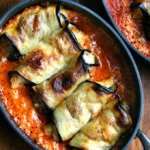 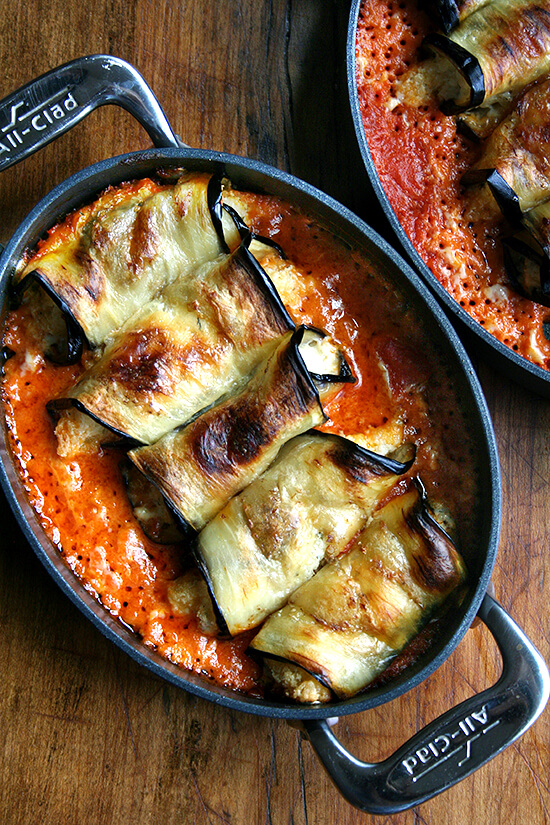 On the fussiness scale, this recipe is up there. I hate to start on a negative note, especially when these little ricotta-stuffed rolls turned out to be so stinking good, but I’m not so drawn to these types of recipes anymore — the ones that call for salting and draining and blotting  and deep frying and rolling … as adorable as they may be.

But I’ve had this recipe bookmarked since last Christmas when I first opened Tartine Bread. And with eggplant season peaking and with my homemade tomato sauce and ricotta cheese obsession persisting, the timing seemed right. And right it was.

Oh boy. Somehow the flavors of lemon and thyme in the ricotta cheese pervade the eggplant shells, all of which meld together with the fresh tomato and cream sauce base, a perfect combination in this early fall dish.

Don’t let the involtini process deter you from making them. I think you might enjoying getting lost in the monotony of stuffing and rolling and assembling. With a good podcast streaming in the background, the ricotta-stuffed parcels will be ready before you know it.

Are you thinking about baking this weekend? Perhaps with plums? If so, I recommend you take a look at these posts, one from The Garden of Eden and the other from House to Haus. I made the zwetschgentorte today actually — delicious! — and I can’t stop thinking about Darcy’s Plum crumble. 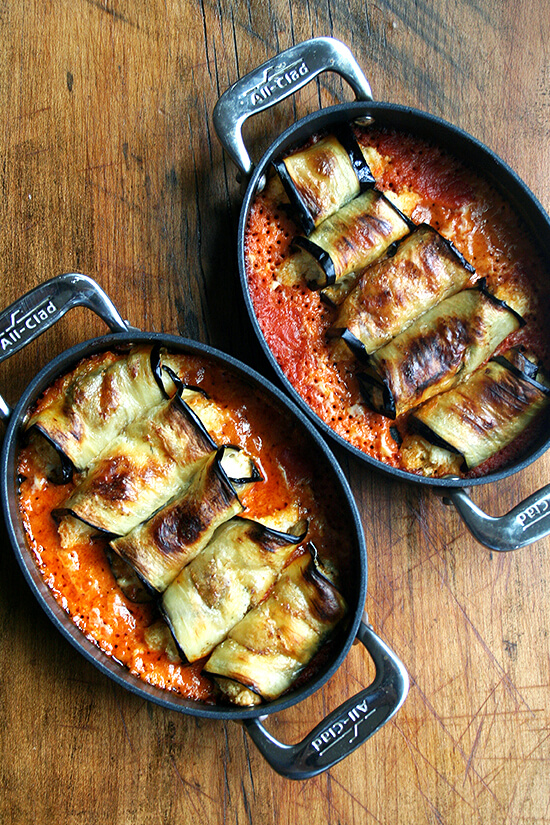 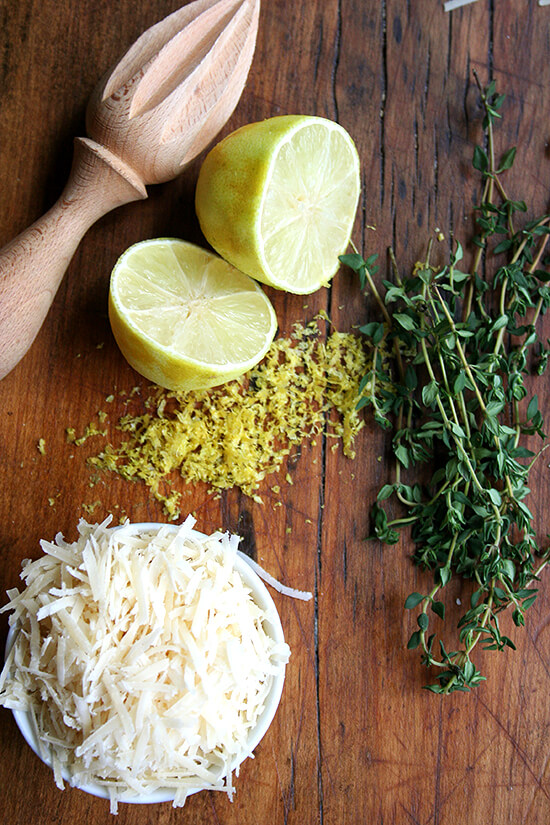 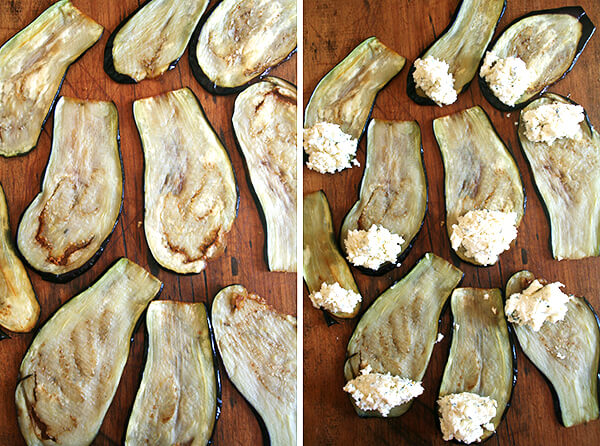 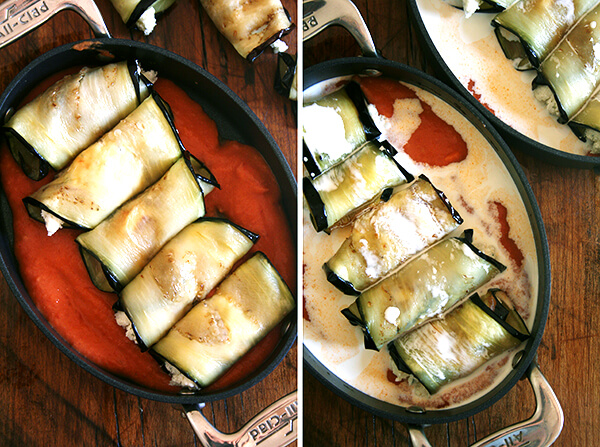 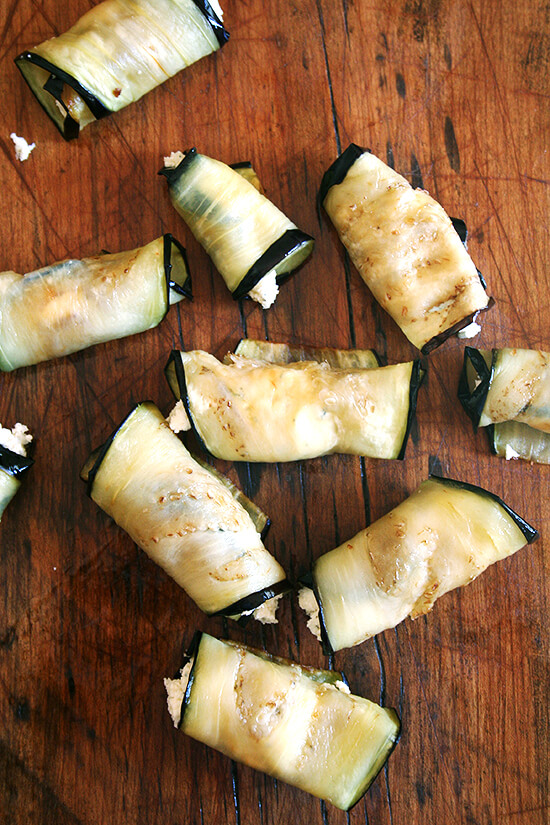 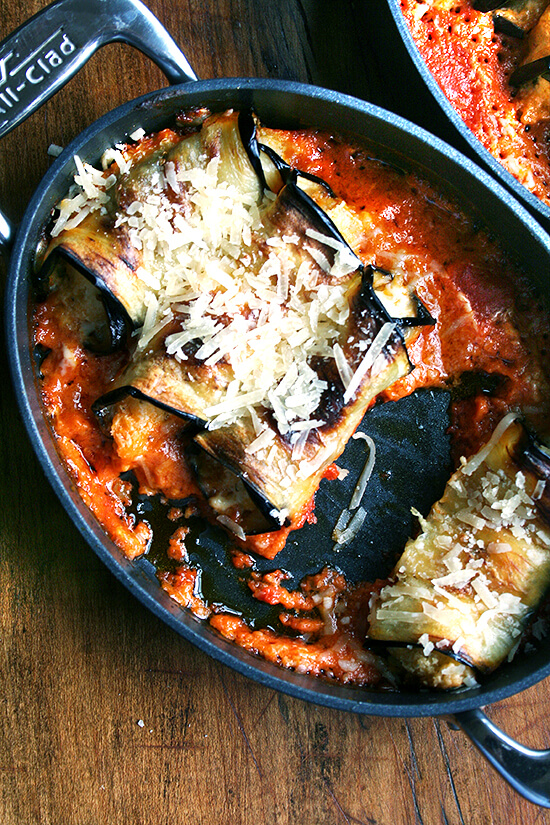