I have read about Joanne Chang in blogs and magazines for years, watched her beat Bobby Flay in a sticky bun throwdown, drooled over both of her cookbooks at the library, but for reasons I can’t explain had never made any of her recipes until a few days ago.

The recipe for buttermilk biscuits with maple and black pepper featured below, is in Dana Cowin’s new cookbook, Mastering My Mistakes in the Kitchen. Many of you likely know Dana as the Editor in Chief of Food and Wine magazine, as someone who knows food better than anyone, as someone who wouldn’t make too many mistakes in the kitchen, or who would be an unlikely person to admit to them.

Well, the secret’s out: In MMM, Dana confesses to not being a great cook (though I’m still not sure I quite believe her). I don’t want to give too much away because both the forward, written by Thomas Keller, and Dana’s own introduction are inspiring and funny, highlights being a vignette revealing how Dana’s “fails” in the kitchen led to the creation of a Food and Wine help column under a pseudonym, a story about killing lobsters with Eric Ripert and how he taught her to focus, and a note on how good cooking starts with honesty.

What follows in the book are recipes with advice and tips from 65 professional chefs, including Jean-Georges Vongerichten, Jose Andres, April Bloomfield, David Chang, and Thomas Keller who offers a three-step, foolproof recipe for roast chicken.

Of the 20 recipes I have bookmarked, top picks include halibut cooked in red coconut curry, baked ziti Arrabbiata, Korean meat loaf (made with a whole cup of gochujang chile paste), and braised chicken with leeks.

How to make Better Biscuits

I have made many a biscuit over the years, but until making this recipe, never have I folded the dough over itself four times before cutting it, a step that helps create beautiful layers in the finished biscuits, and never have I chilled the cut biscuits for an hour before baking, a step that helps make the biscuits flakier. This recipe is appended with 10 tips from Joanne ranging from how best to incorporate baking soda (I never would have imagined this to be an issue) to the role sugar plays in baking not only for sweetness but also for texture (also news to me).

If you live in the area, this is the best buttermilk. Argyle Cheese Farmer also makes the best yogurt. The Niskayuna Co-op carries both: 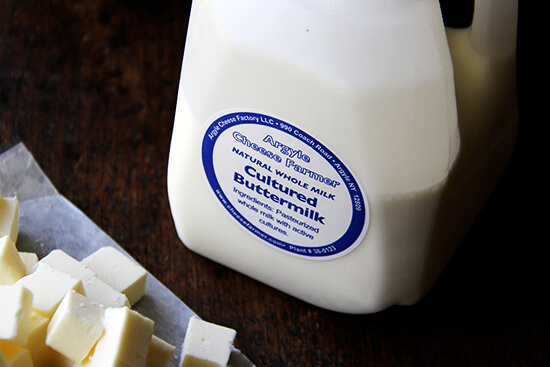 I find that a one-inch thick dough creates the size biscuit I like best: 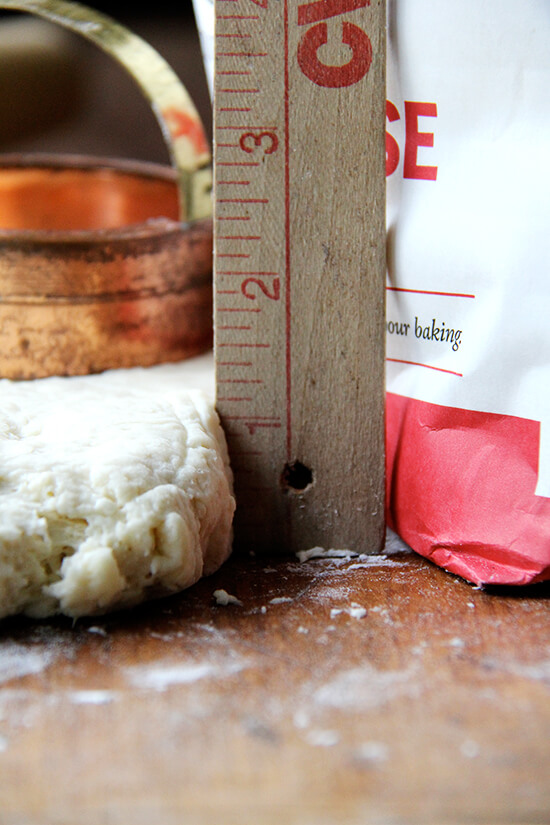 Square biscuit made from the scraps: 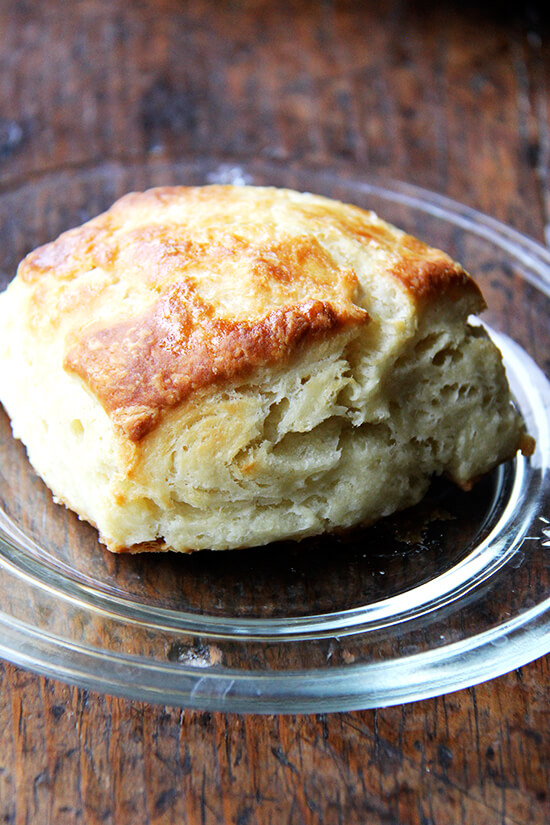 Source Dana Cowin’s Mastering My Mistakes in the Kitchen.