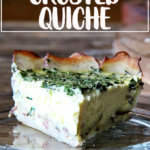 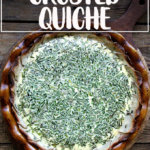 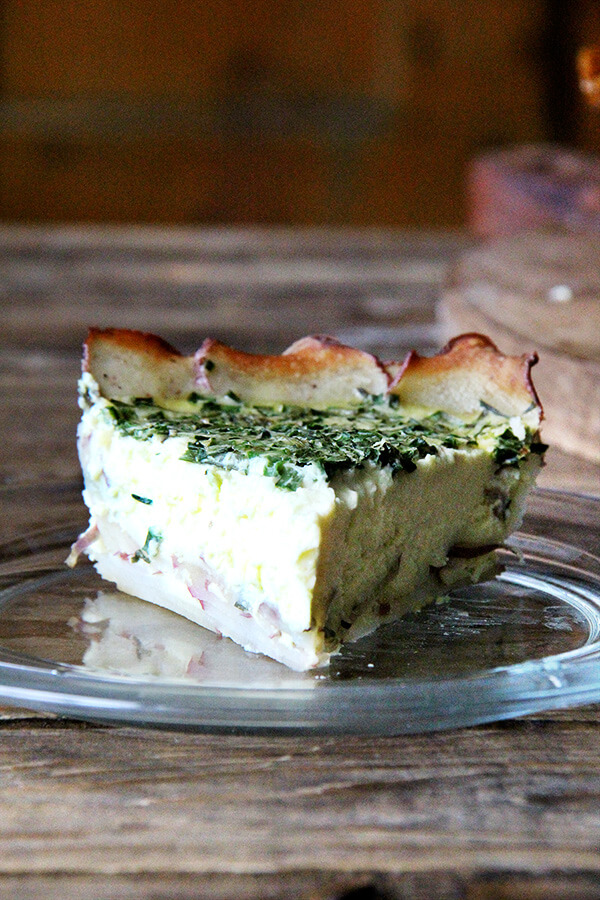 A few weeks ago, while in Oakland for the Bread Toast Crumbs photoshoot (more on this soon!), my mom and I stumbled upon Farley’s, a cafe located a few blocks from the studio.

During our first few visits, we sampled the coffee, scones, and kouign amann, but one morning we arrived just as a frittata was making its way from the kitchen to the counter. Shingled with crispy-edged potatoes, like chips begging to be plucked (see photo below), it was impossible to pass up, and it soon became a morning ritual.

As soon as I returned from CA, I began experimenting. First I made one similar to Farley’s, which was loaded with vegetables, but I’ve since been keeping it simpler. Instead of partially cooking the eggs stovetop as you do for a frittata, I’ve been filling the potato shell with the Tartine quiche custard, a long-time favorite, and using herbs, a mix of chives, thyme, and tarragon, in favor of vegetables and cheese.

The Tartine quiche method, which Liz Prueitt and Chad Robertson learned while apprenticing at a bakery in France, is bizarre: whisk 1 egg with 3 tablespoons of flour, then whisk in the remaining 4 eggs, then strain the eggs into a crème fraîche-milk mixture. It’s the silkiest, most beautiful, tastiest custard imaginable, which is why herbs alone as add-ins work.

In any incarnation — made in its entirety with a flaky, buttery pastry shell or without a crust altogether and loaded with kale — the Tartine quiche is a treat. But this latest variation, which is just slightly more work than its crustless predecessor, may be my favorite yet. The potato crust is so tasty, so pretty, and, if you own a mandoline, easy to assemble, too.

One note: Plan ahead. There is nothing tricky about making this quiche, but the timing is as follows: potato crust bakes for 20 minutes alone, custard then bakes in the potato crust for 40 minutes, and then the whole thing rests for 20 minutes before cutting. It also tastes great at room temperature, so if you are able to make it ahead, go for it. 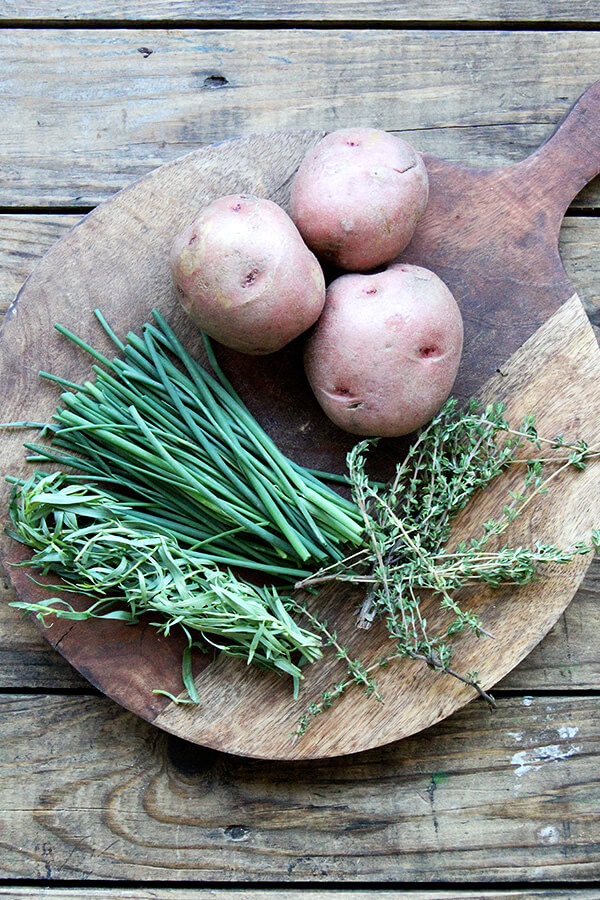 Here’s an outline of the process: line a pie plate or skillet with thinly sliced, oiled potatoes, then bake for 20 minutes: 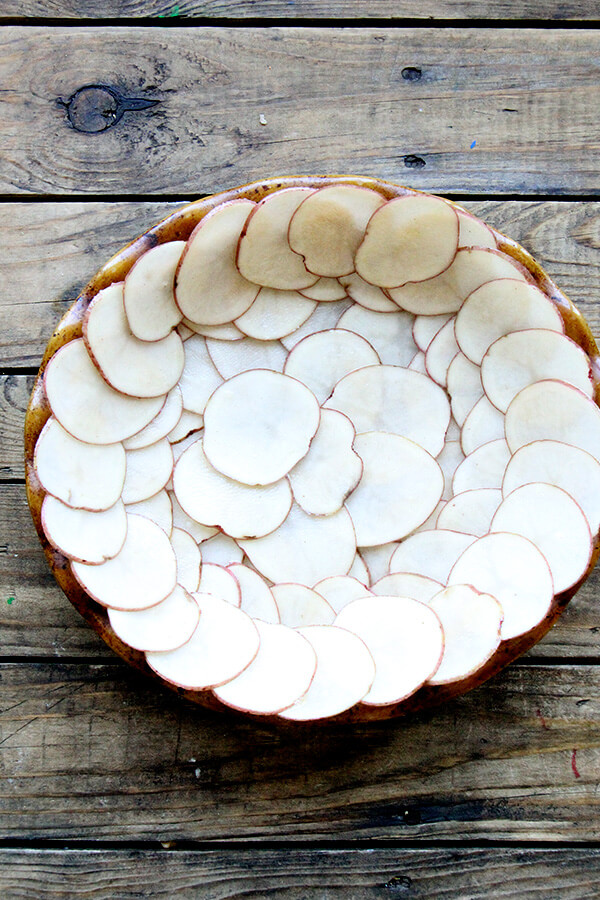 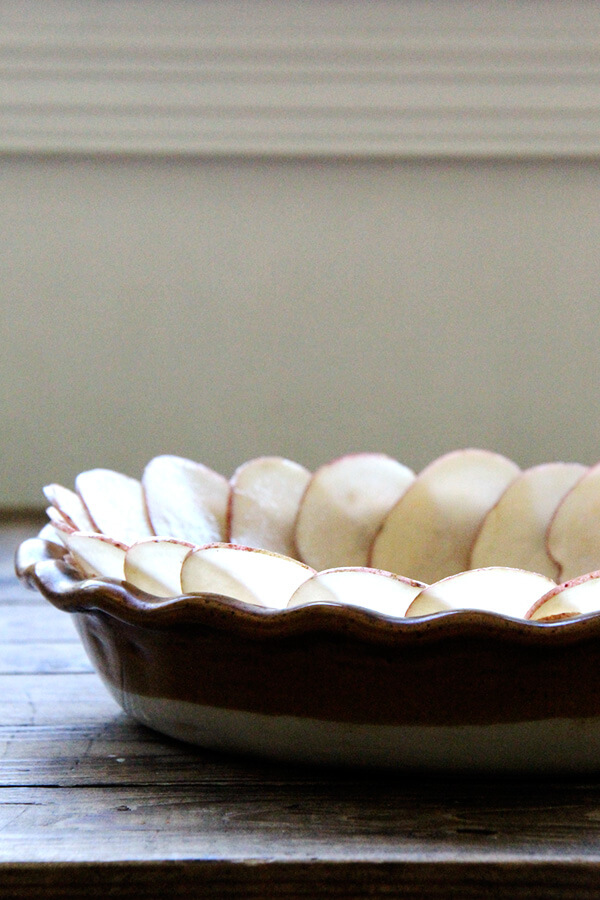 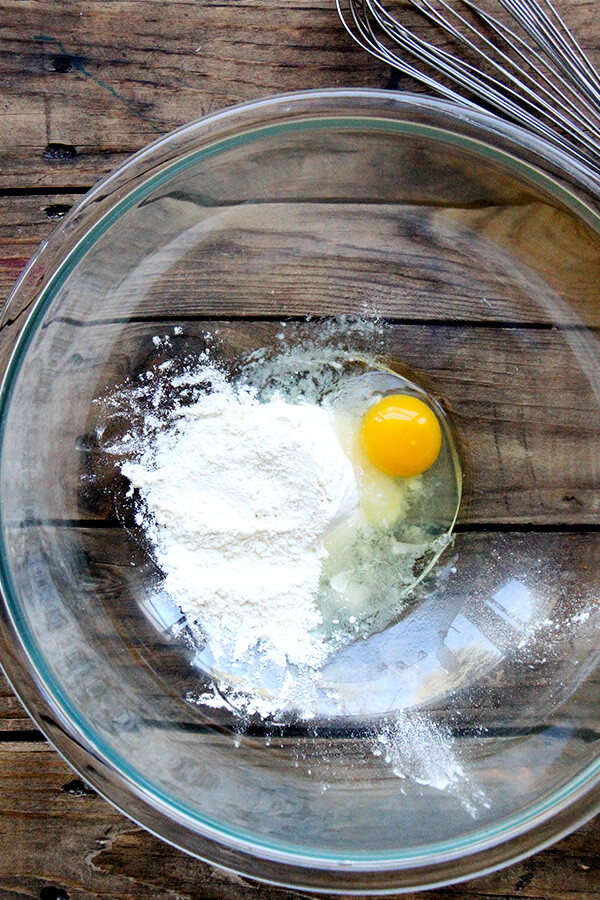 Then whisk in the remaining 4 eggs: 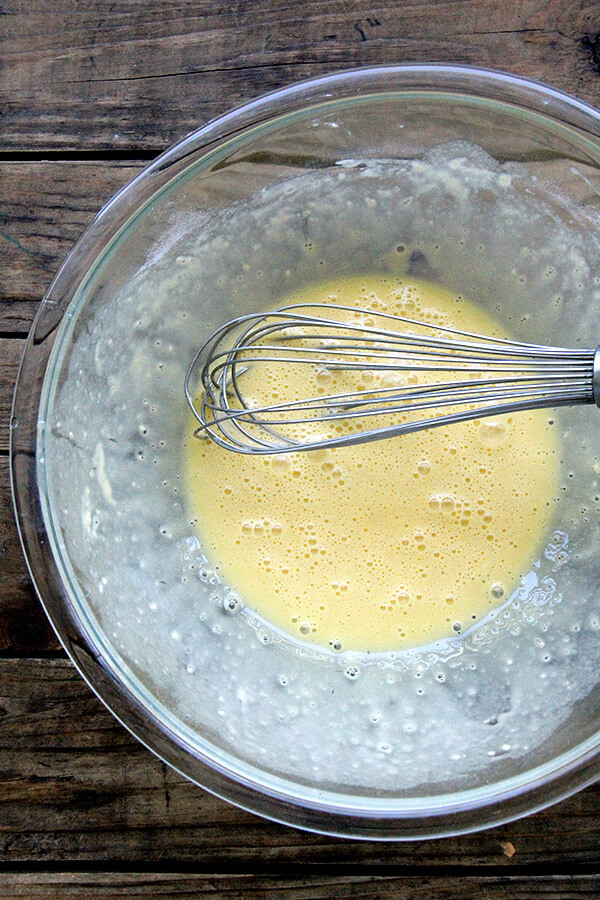 Then strain the eggs into a mixture of 1 cup whole milk and 1 cup crème fraîche: 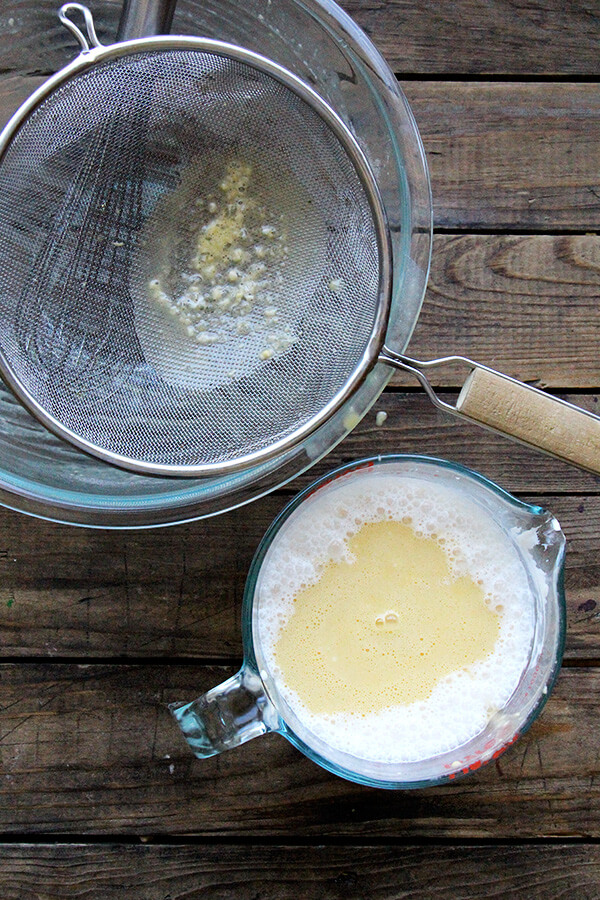 Add herbs, salt and pepper to the custard, then pour into the par-cooked potato crust: 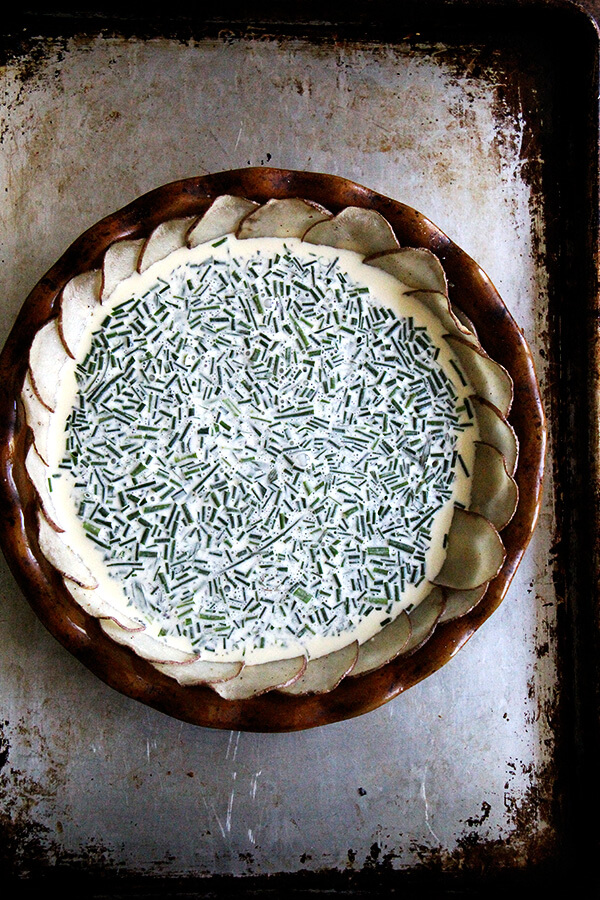 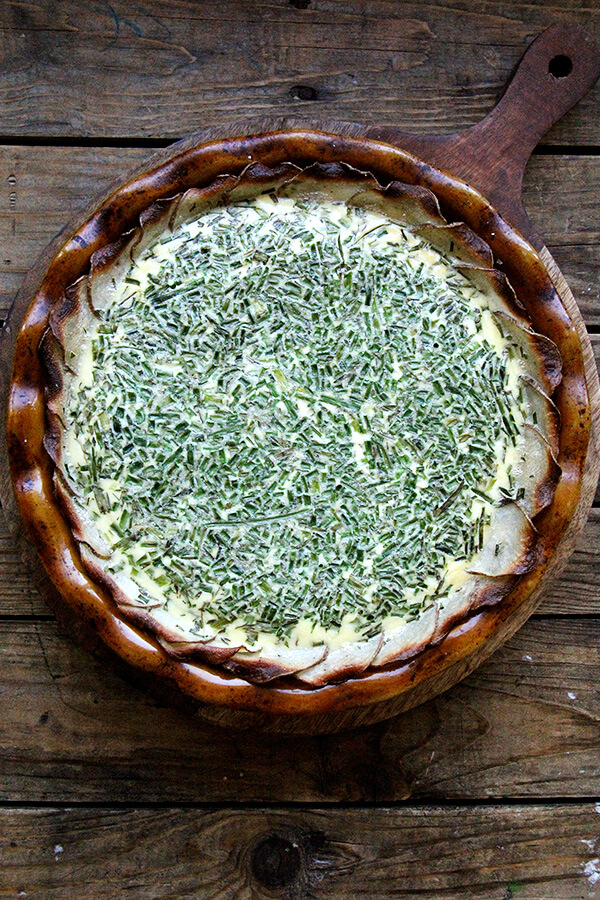 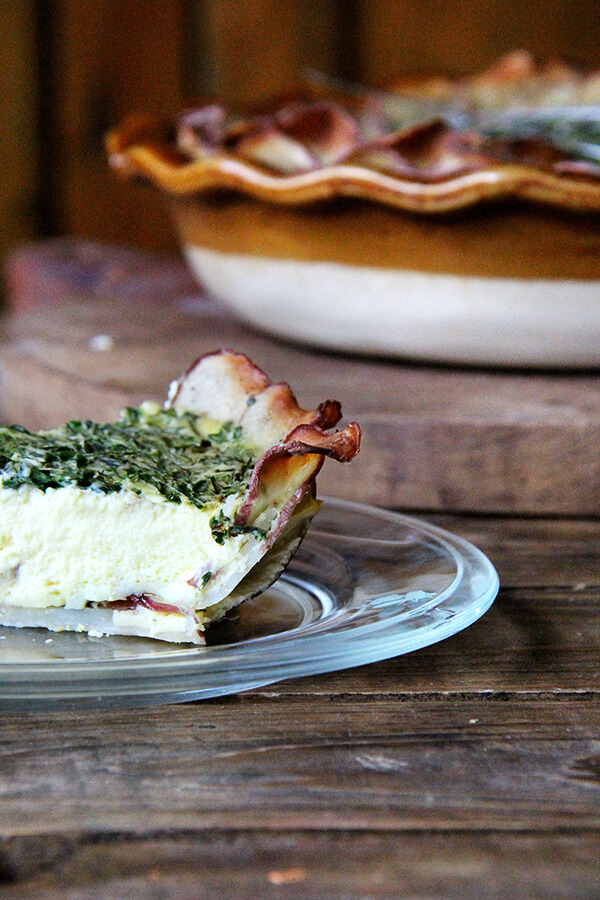 Serve with a simple salad for a nice spring dinner: 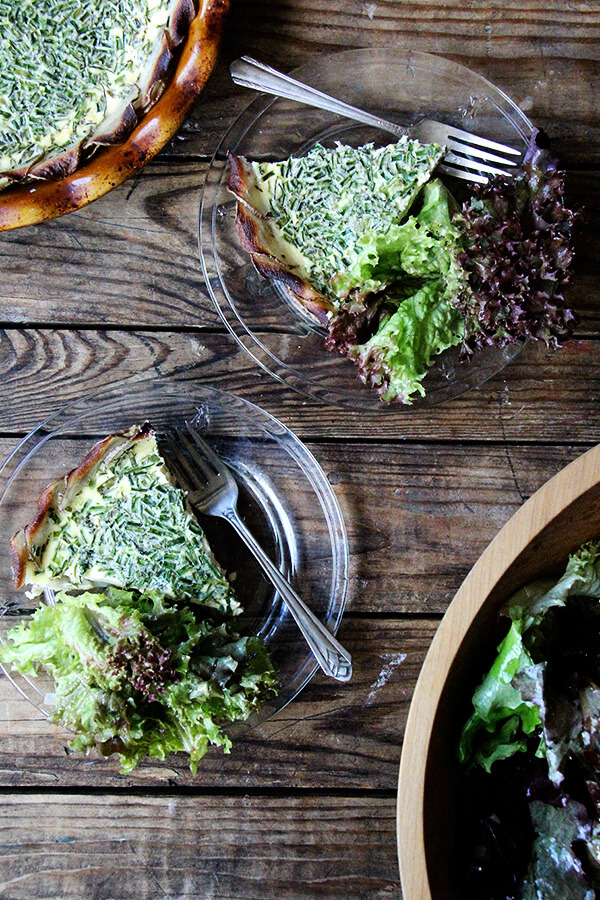 The frittata at Farley’s. 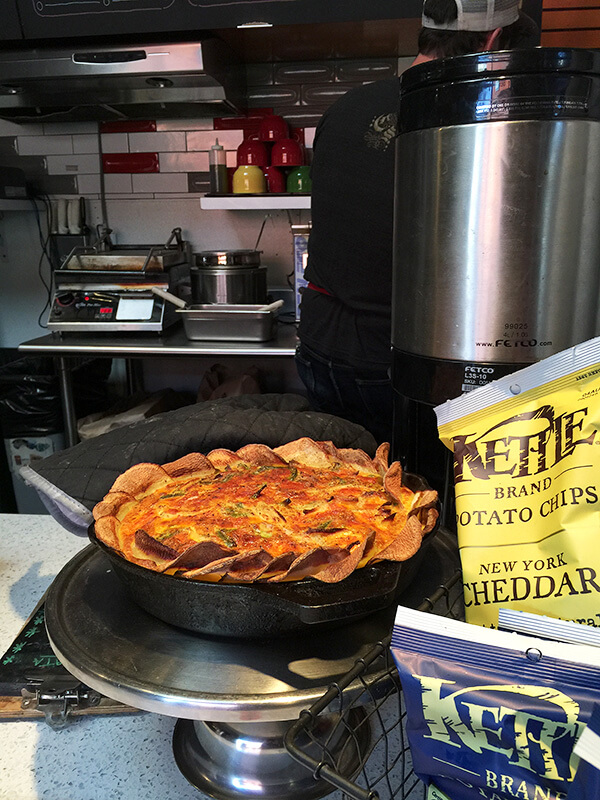 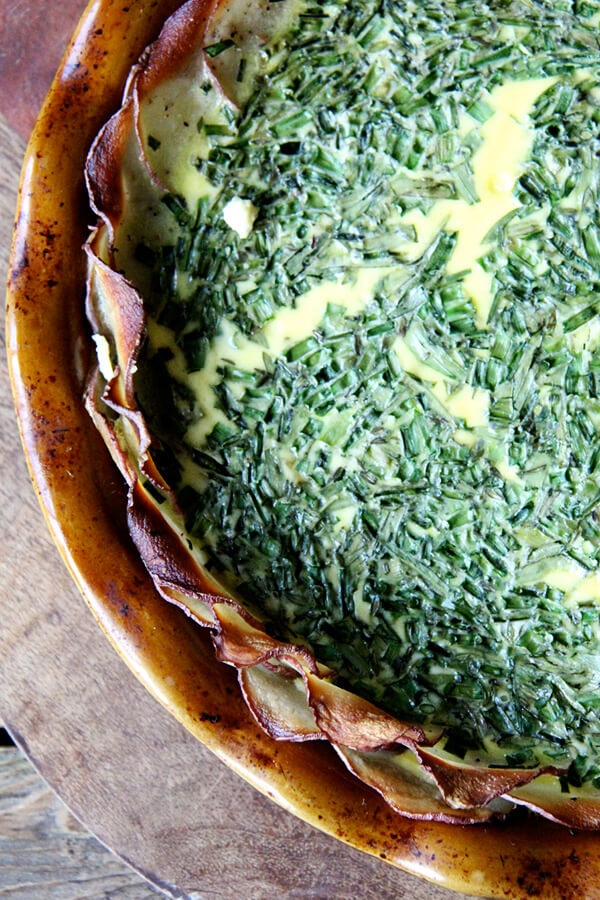 This quiche is inspired by a frittata served at Farley’s 65th in Oakland, CA.

The custard recipe comes from Tartine and as noted above is the most delicious quiche custard you will ever make.

Other variations: With a pastry shell and raw chard or crustless and loaded with kale. A mandoline is helpful here.