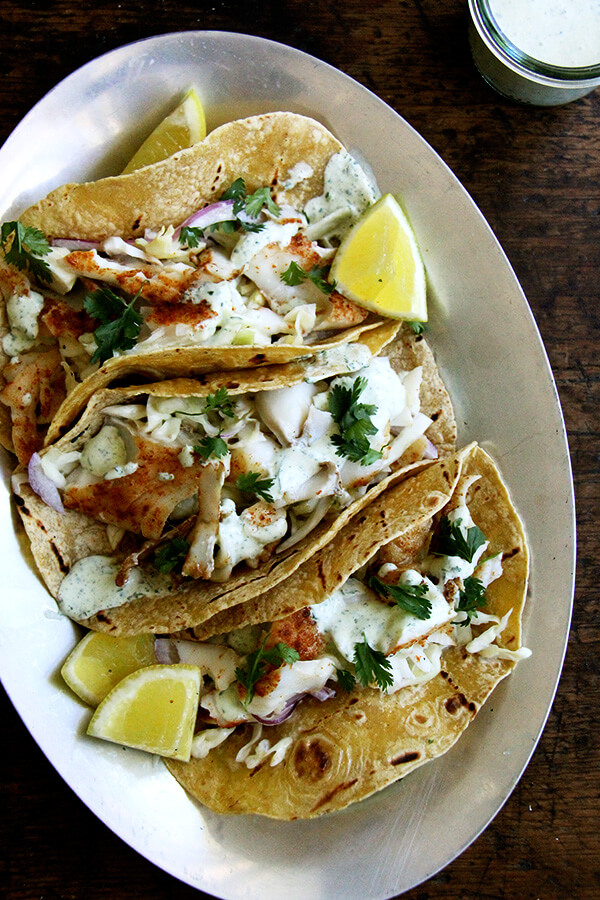 Last week, we broke out the grill for the first time since the fall. I had picked up some grouper from Hooked, a new fish market in Latham, and instead of throwing it on the grates and crossing my fingers for a casualty-free outcome, I remembered an old Bon Appetit article and set my cast iron skillet on the grates instead. The result? Perfectly cooked, unmangled fish. We’ve been on a fish taco bender ever since.

Have a wonderful weekend, Everyone.

Inspired by this Bon Appétit article.

Here’s my favorite simple slaw recipe. It, along with the crema, can be made a day in advance.

For the Cilantro-Lime Crema:

Just when I resolved to eat more canned beans, a f
New Year, New Tuna Salad 🎉🎉🎉 ⁣ ⁣ This
*Almost* ranch — the dip I think you should make
Balthazar’s mussels + crusty bread + salad: so s
There are no herbs in this wintry, green pesto, bu
Load More... Follow on Instagram