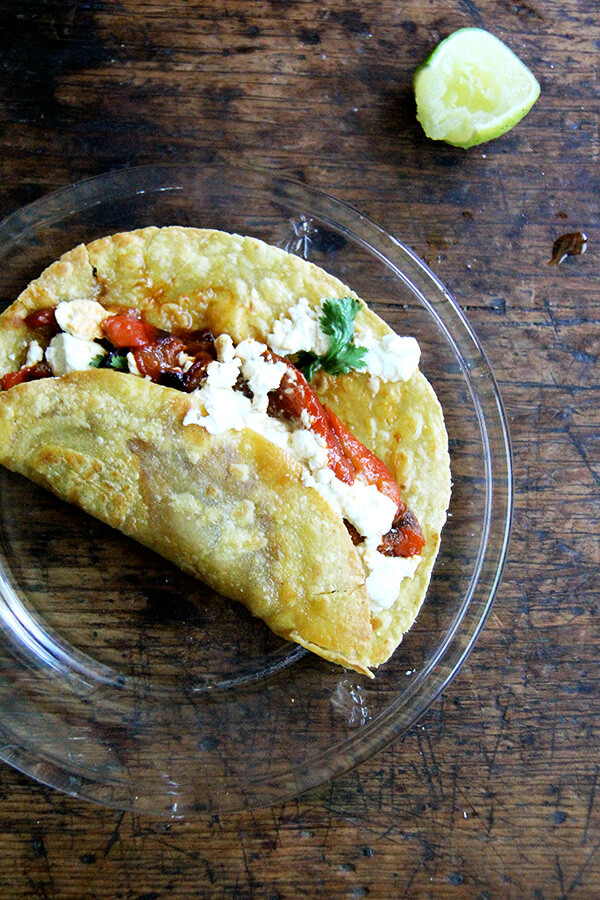 I mentioned earlier in the week that, while at Lake George, one night for dinner we charred peppers, peeled them, and wrapped them in tortillas with goat cheese and cilantro. We squeezed lots of lime juice over top, then devoured them—they tasted fresh and summery, and best of all, required little thought (though I will admit to following a recipe, another Deborah Madison one from Local Flavors, the source of the corn and cheddar fritters).

As soon as I got home from the lake, I roasted half a dozen peppers to have on hand for the week. I don’t know why I don’t do this more often—peeling the peppers takes a little bit of time, but what doesn’t? I’ve been roasting the peppers whole then dealing with the seeds during the peeling process, but you can seed and stem the peppers first if you wish.

With a stash of peppers in the fridge, these wraps come together in no time, and they’re as easy to make for one as for a crowd. When I’m making just one, I’ll start on the stovetop, then finish with the broiler. When I’m making more than one, I’ll use the oven.

Most recently, in place of the goat cheese, I’ve been using a white bean hummus that I discovered at my co-op. Do you all know this brand: Eat Well Embrace Life? Every flavor I’ve tried — black bean, cucumber, beet — has been so tasty, and the white bean is particularly good with the roasted peppers. I actually prefer using hummus to goat cheese.

Anyway, Friends, this wrap is what I’ve been relying on as my motivation to do anything, namely cook, wanes with every degree out there it climbs. Hope you all are staying cool.

Have a wonderful weekend, Everyone. 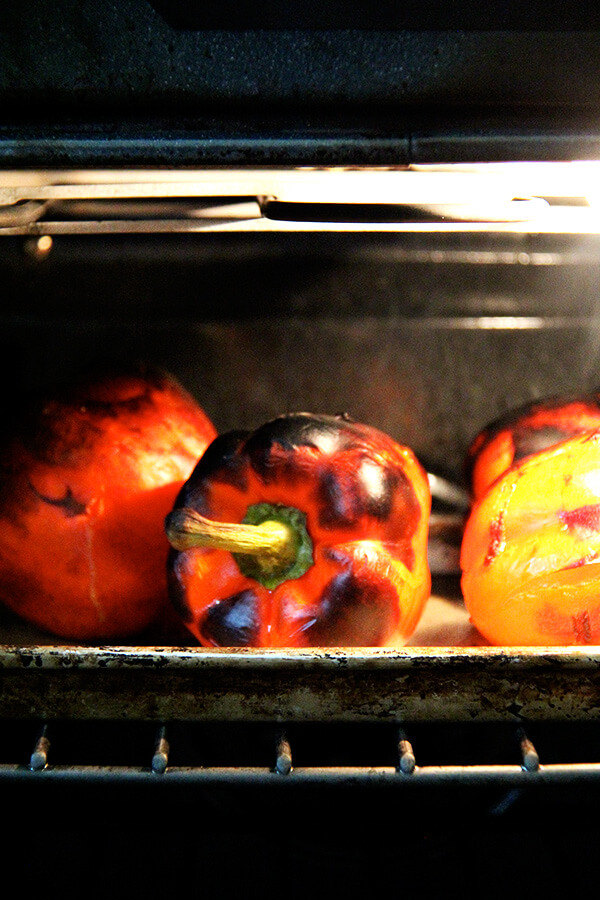 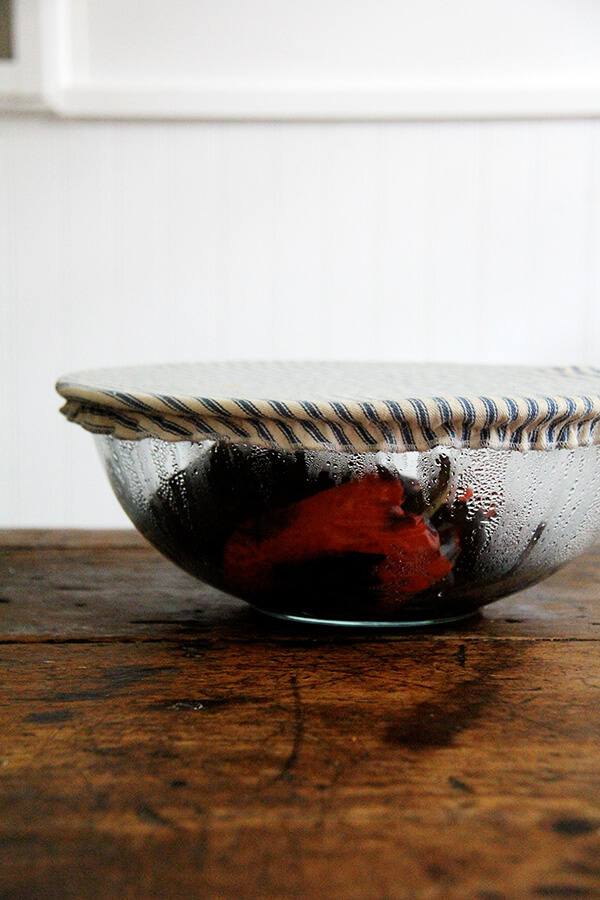 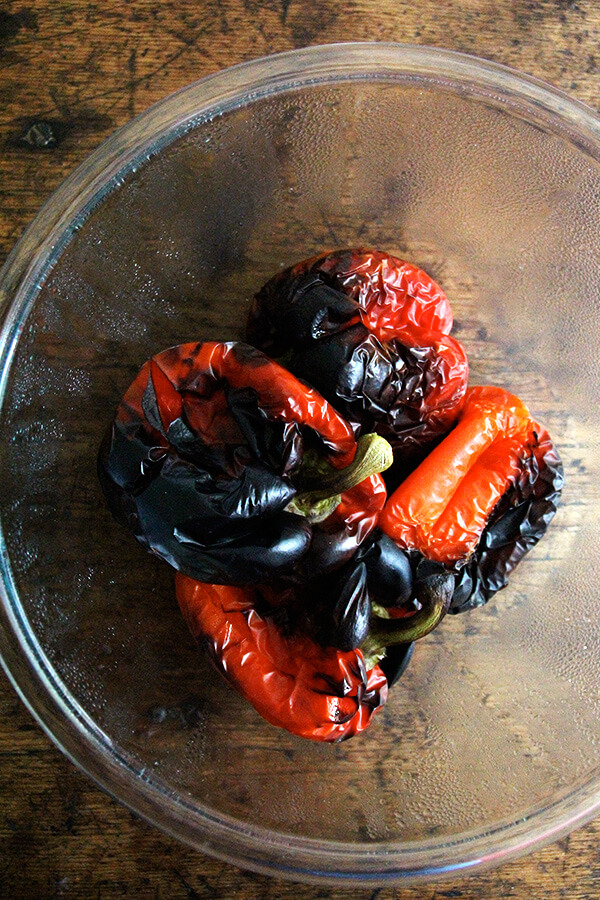 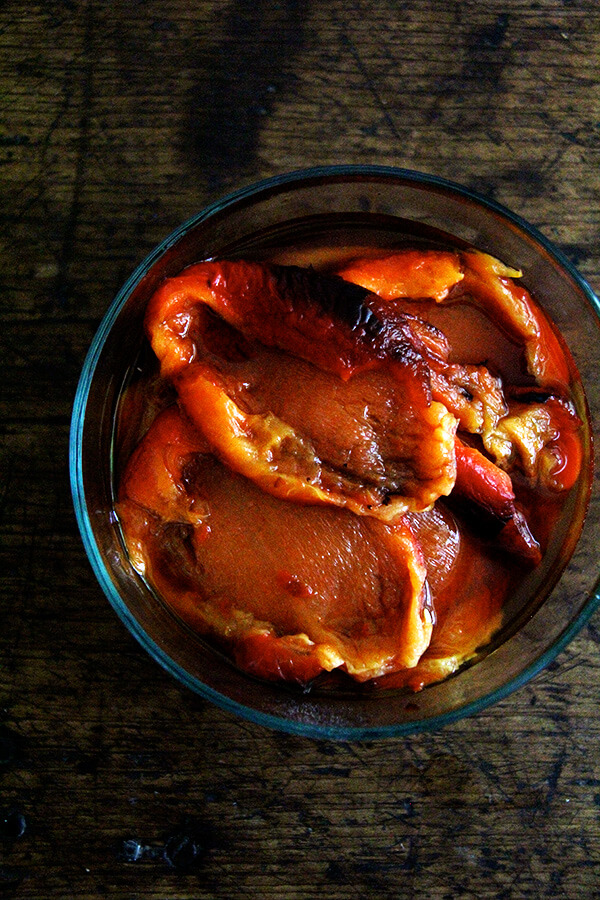 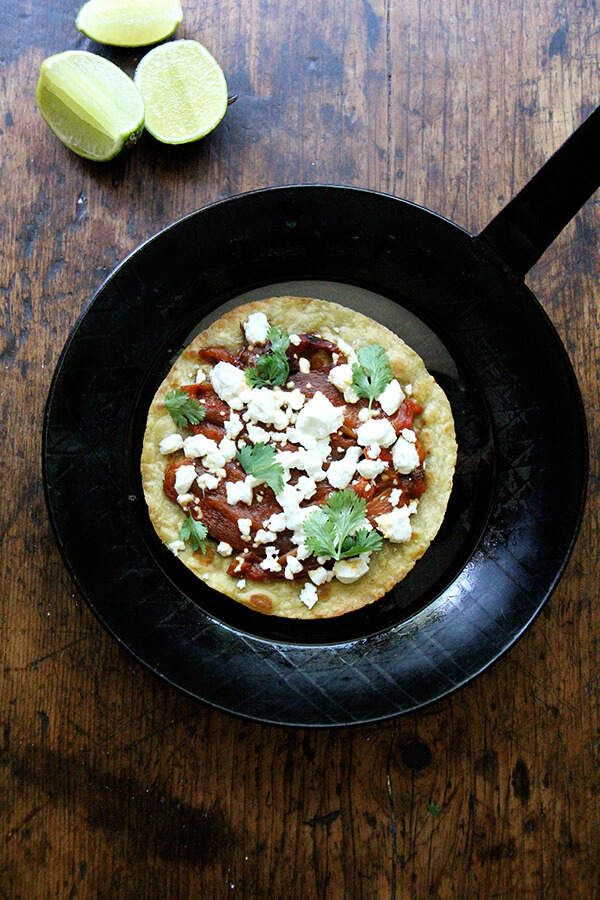 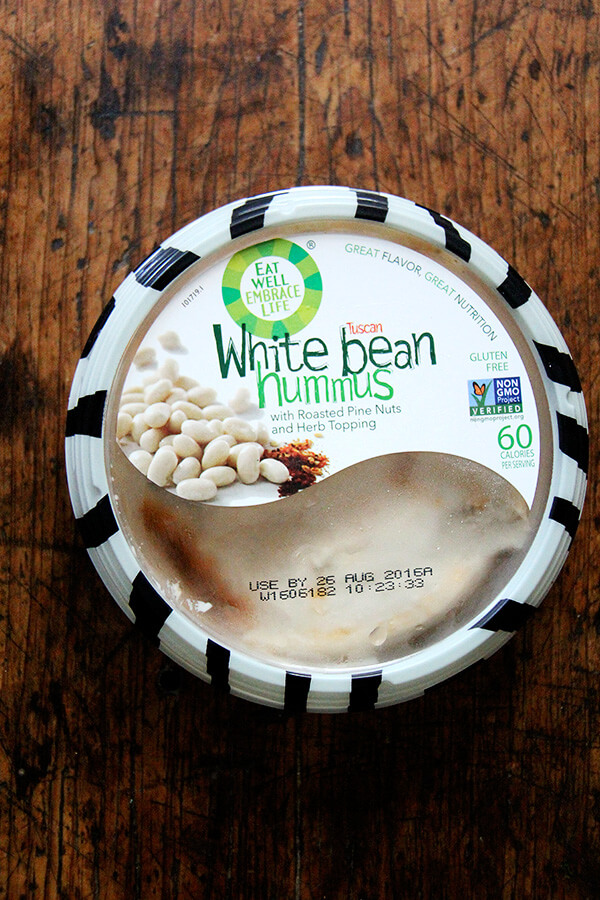 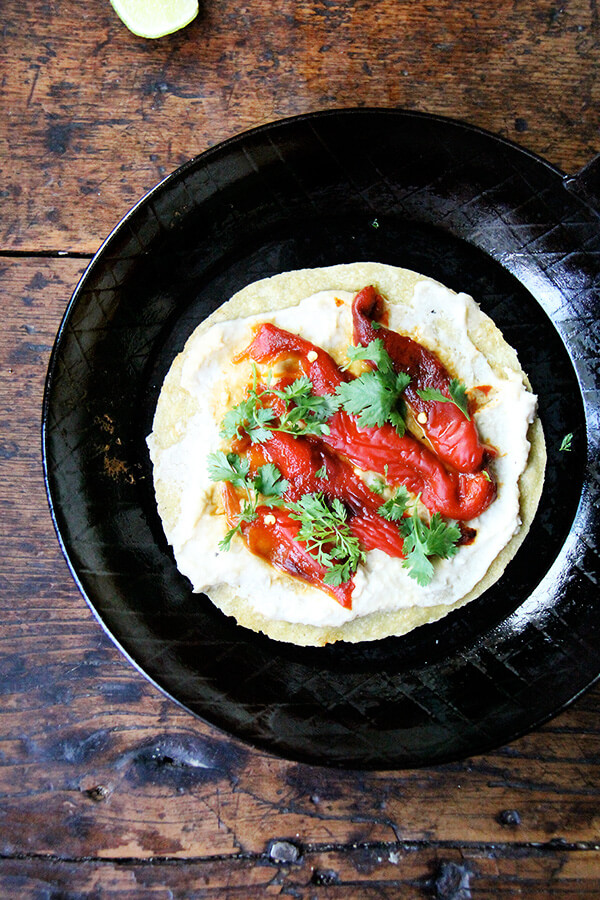 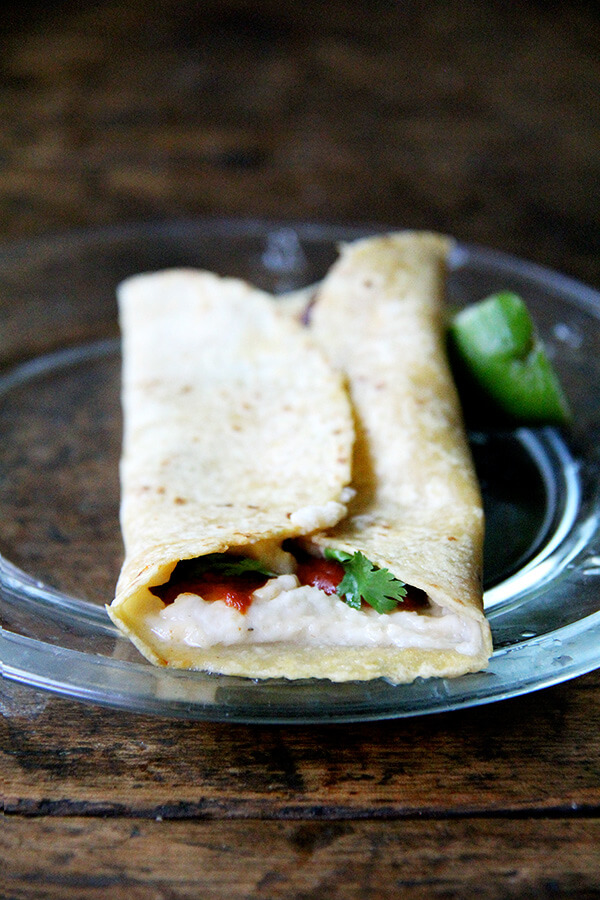 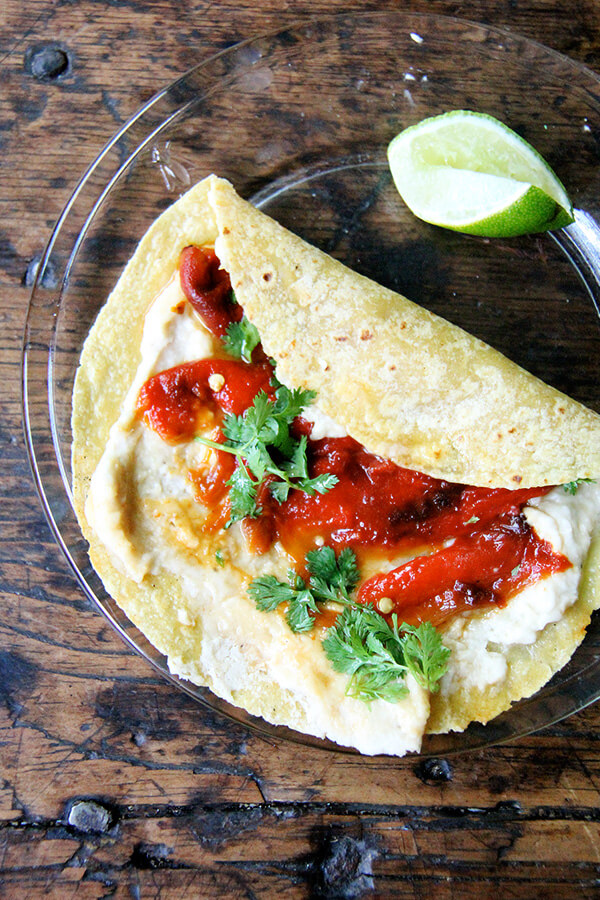 A simple recipe inspired by one in Deborah Madison’s Local Flavors. The original recipe calls for goat cheese and cilantro, which is delicious, but I’ve been loving it with white bean hummus — I just discovered this brand: Eat Well Embrace Life — and basil is nice, too. Use the recipe below as a guide. I am also still loving the soft corn tortillas that I can only find at Whole Foods. Trader Joe’s sells their own version, which is also good, but it’s not as thin or quite as delicious.