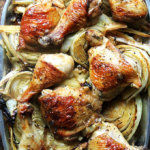 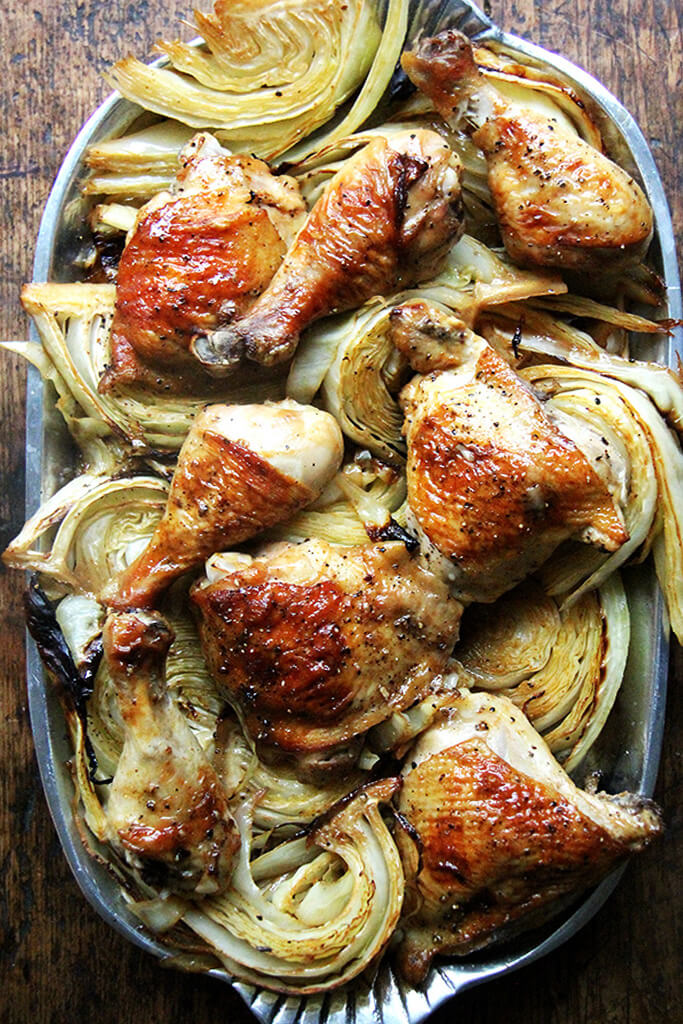 In this chicken and cabbage sheet pan supper, chicken thighs and drumsticks are tossed in a sesame-soy dressing. First, they roast alone, which allows the hot air, unimpeded by vegetables, to circulate freely and encourages the browning process to being. After 10 minutes, on goes the cabbage, tossed in the same dressing. It’s nestled around and underneath the chicken to fit. About 20 minutes later, when the chicken finishes cooking, off it goes to rest, while the cabbage continues on alone. With its surfaces fully exposed to the heat, the cabbage’s edges crisp and caramelize while any juices pooling nearby reduce and concentrate.

In about 40 minutes, dinner is ready. The result: juicy, crispy-skinned chicken and sweet, tender cabbage, flavored by not only the spicy dressing, but also the flavorful drippings of the chicken. It’s an unexpected and unsung boon of this one-pan wonder of a supper. 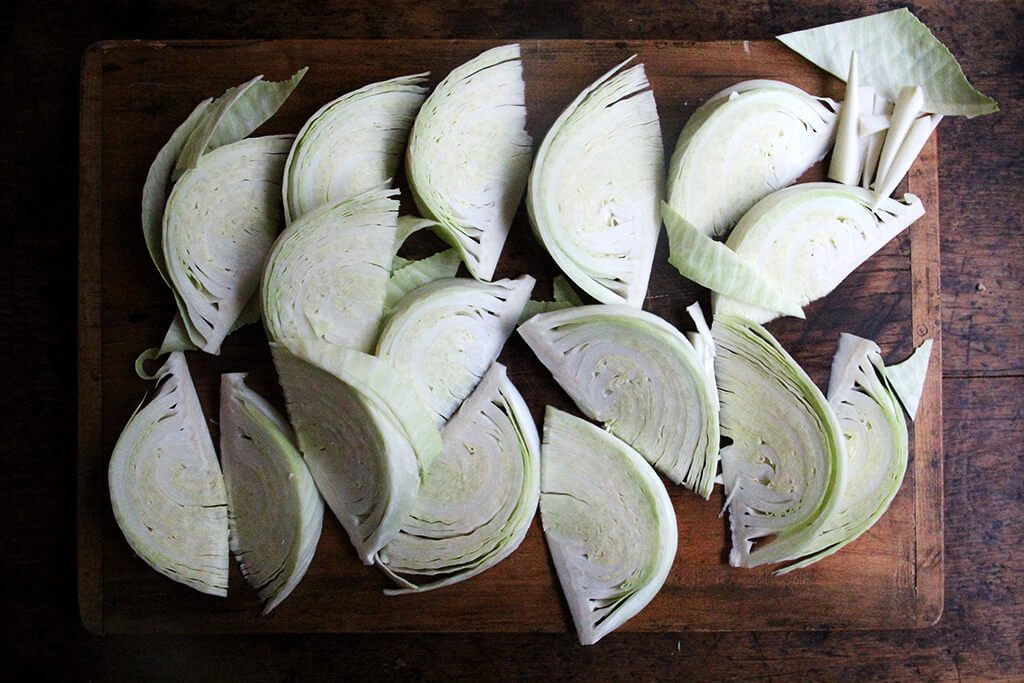 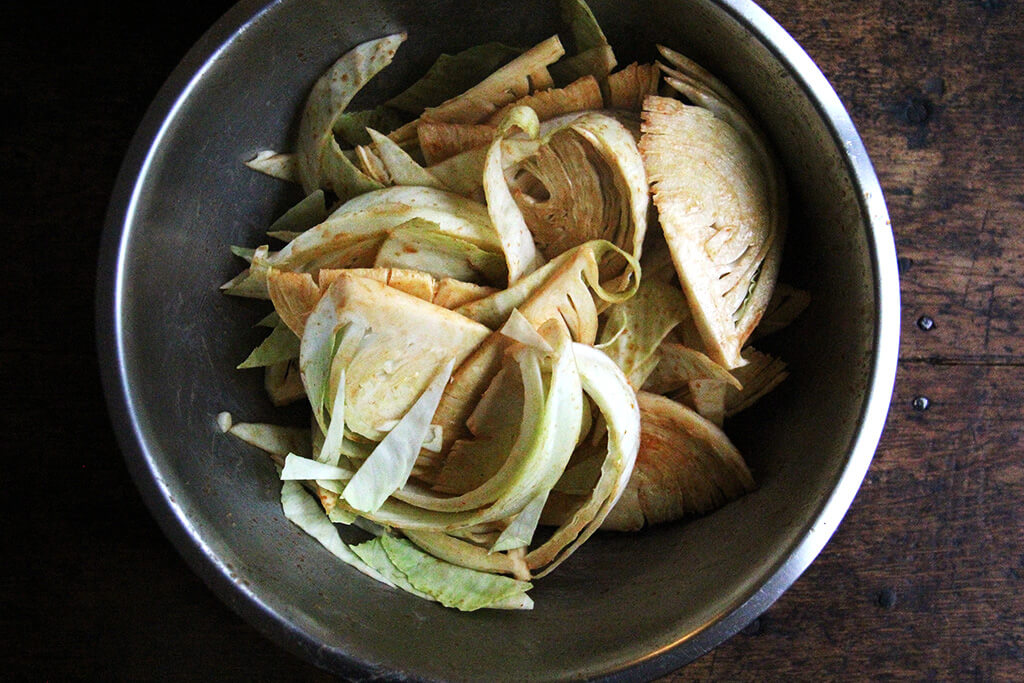 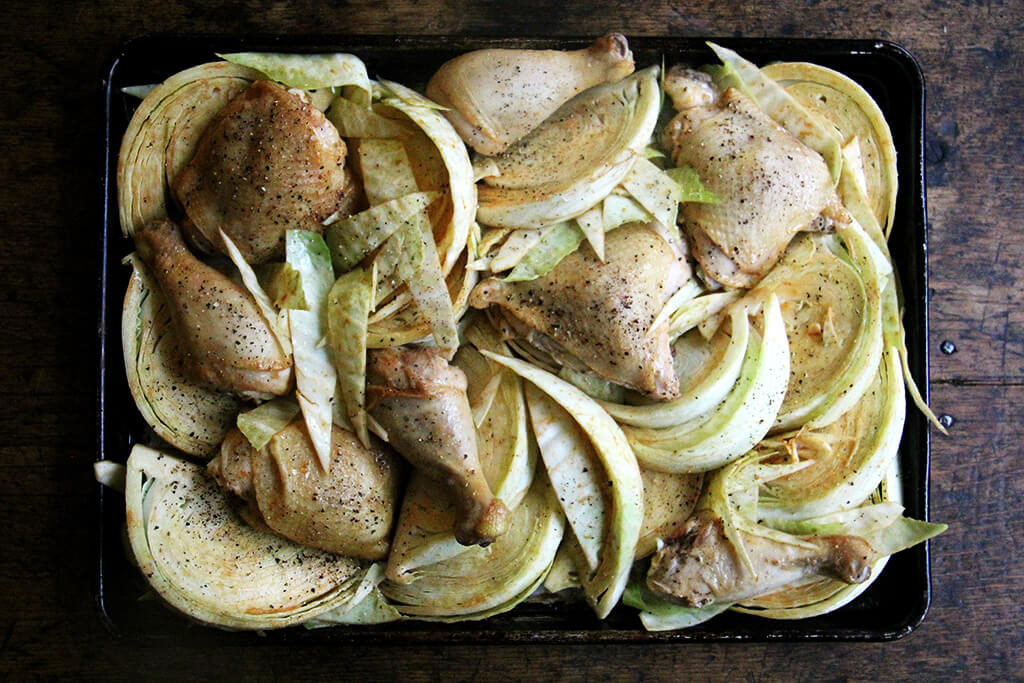 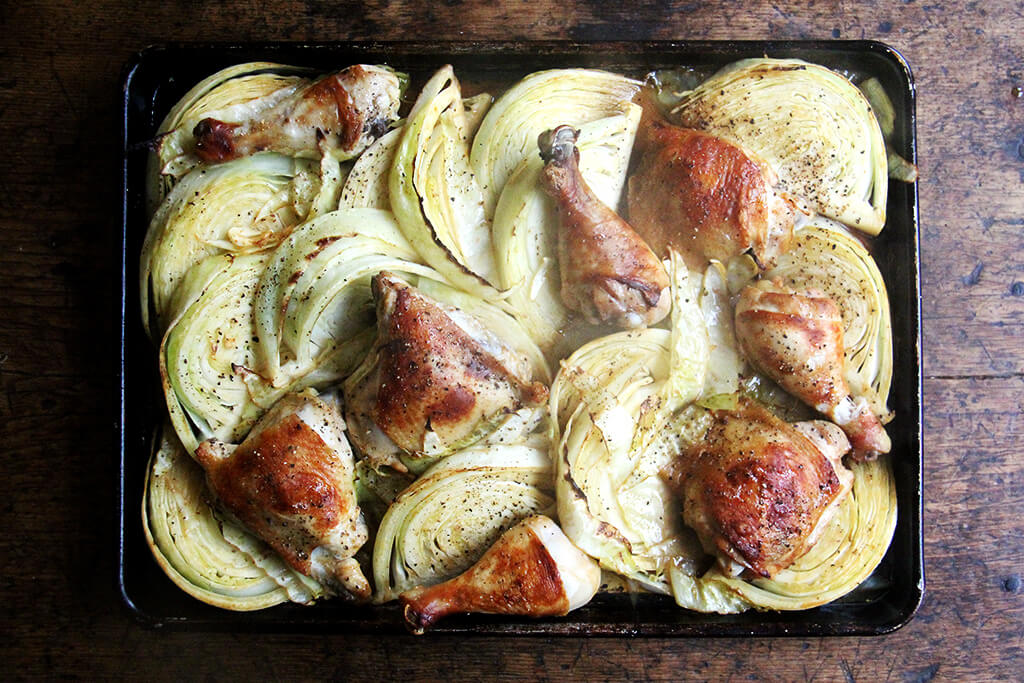 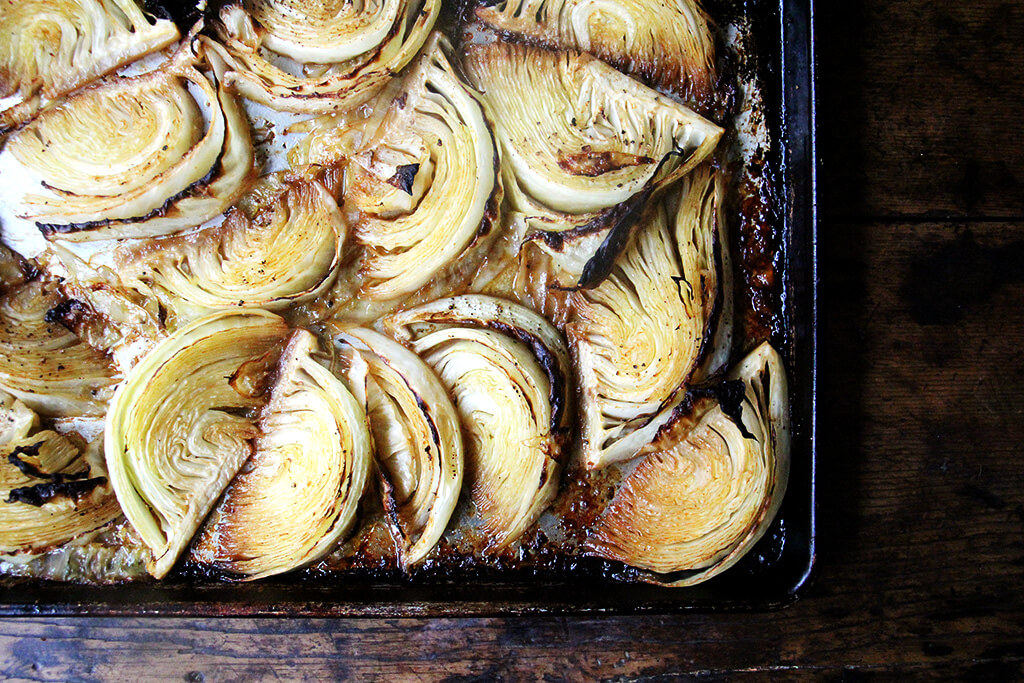 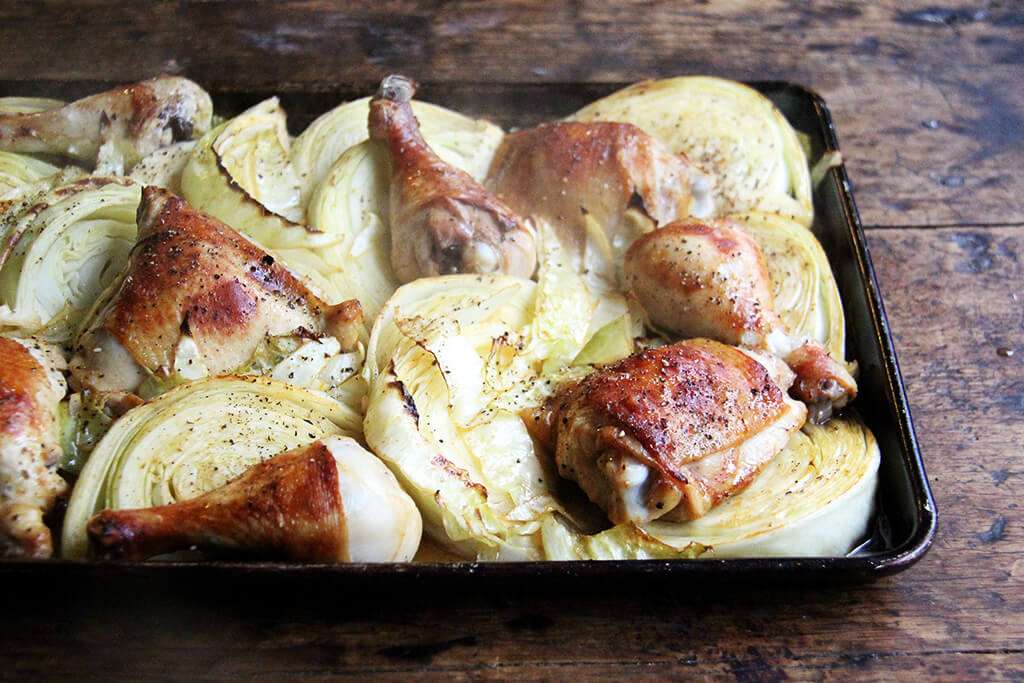 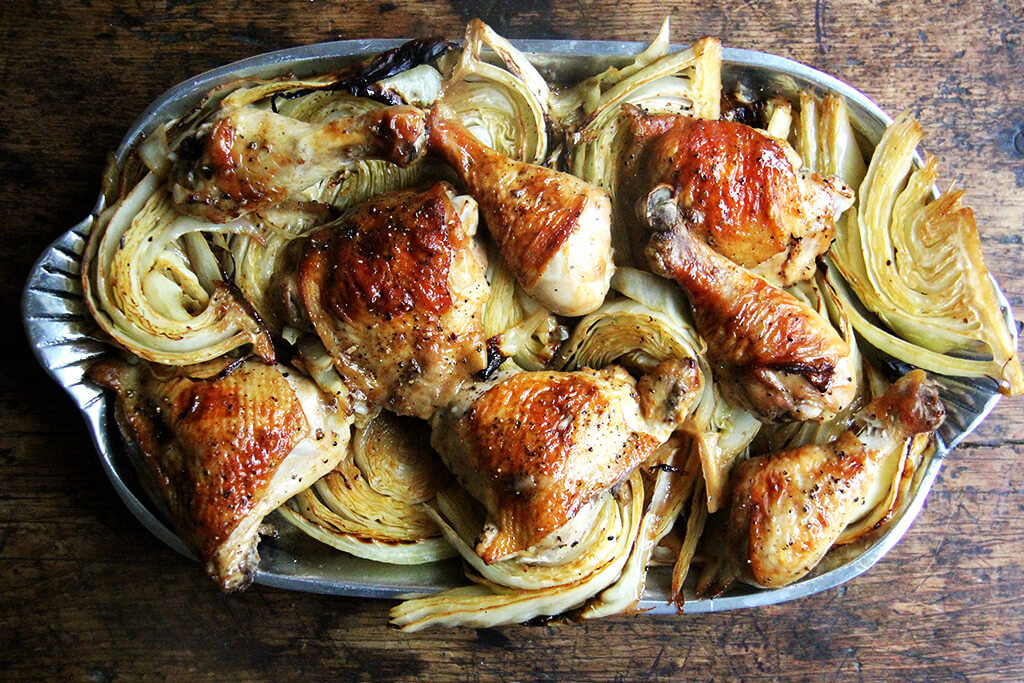 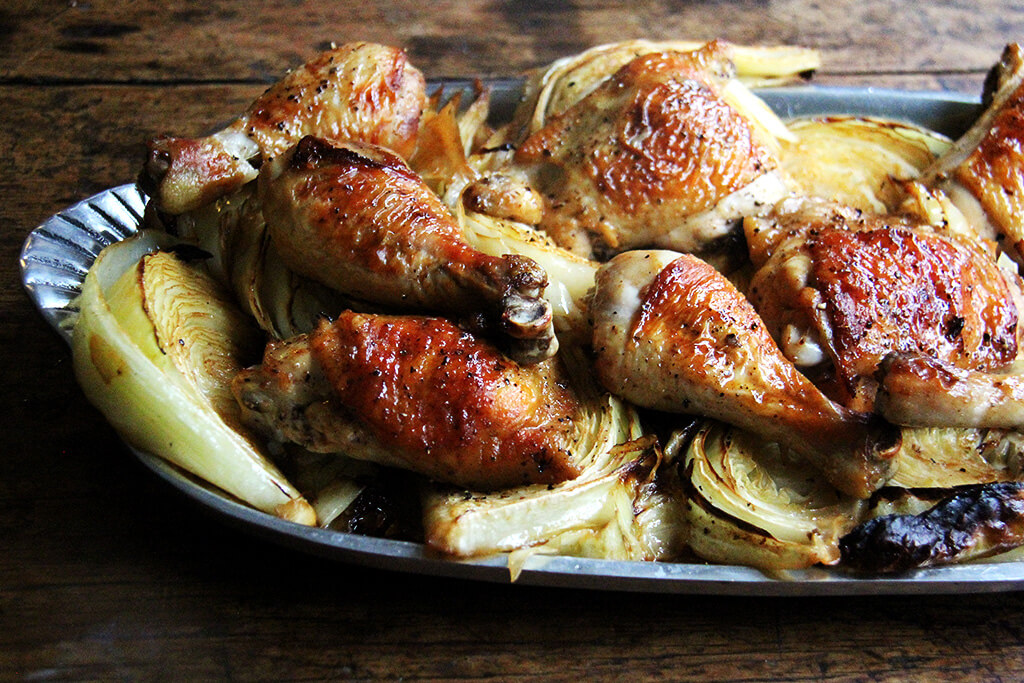 Inspired by the flavors in this baked tofu and coconut kale, this sheet pan supper comes together quickly. Staggering the entry and exit of the chicken and cabbage allows each to cook fully and brown nicely.