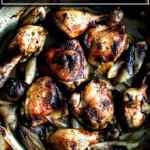 This one-pan roast chicken and shallots is completely delicious, requires no browning, and emerges from the oven with burnished skin and meat falling off the bone in just about 45 minutes. The best part? The shallots, which caramelize in the oven and melt into the sauce, infusing it with sweetness. Though the 15 shallots nearly make this a one-pan wonder, I serve it with a kale salad and, of course, bread for sopping. 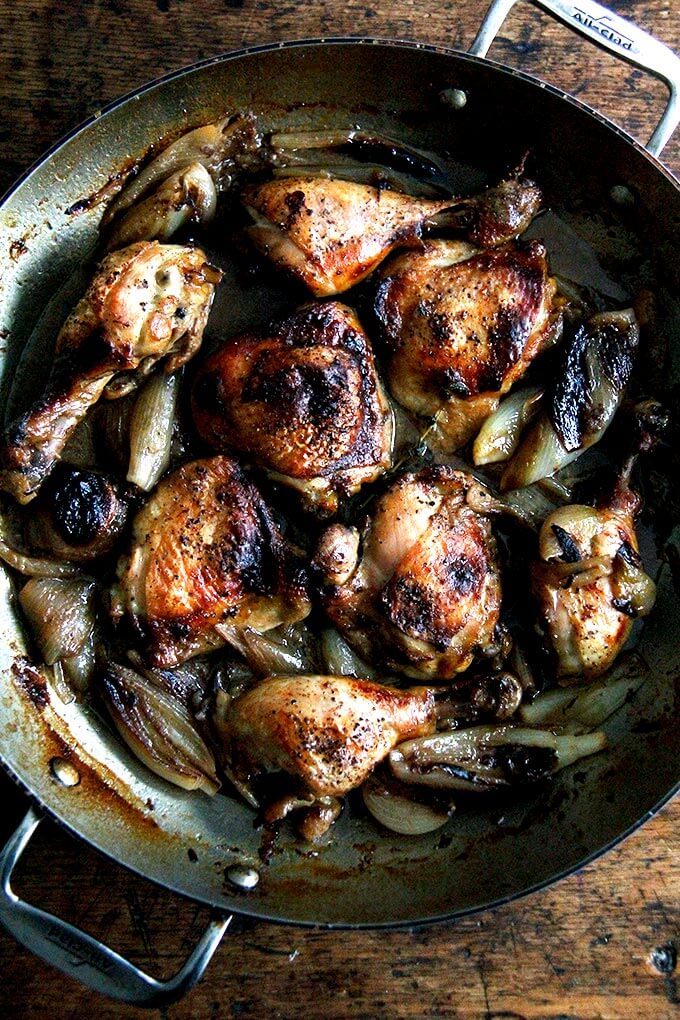 Over the weekend, while searching my email for a chicken and shallot recipe my mother had sent me, I came across a New York Times Cooking newsletter from December 2014. In the letter, Sam Sifton writes about his favorite dish of the year, which came via an Andrew Zimmern tweet: “Brown 8 thighs, 3 C shallots. Add wine, tarragon, Dijon, sim 30 min covered. Remove lid, reduce. Add 2C cut cherry toms.”

Andrew’s wife, Rishia, had adapted the recipe from Martha Stewart. Sam made the recipe right away, then posted his adaptation in Cooking, where it has since received thousands of rave reviews.

Guess what? It worked.

After about 45 minutes in the oven, the chicken emerged as hoped: with burnished skin and meat falling off the bone. This chicken is delicious, but my favorite part about the recipe is the shallots, which further caramelize in the oven and melt into the sauce, infusing it with sweetness. Though the 15 shallots nearly make this a one-pan wonder, I served it with a kale salad and, of course, bread for sopping.

Friends: I don’t brown chicken anymore, and I don’t think you should either 🙂 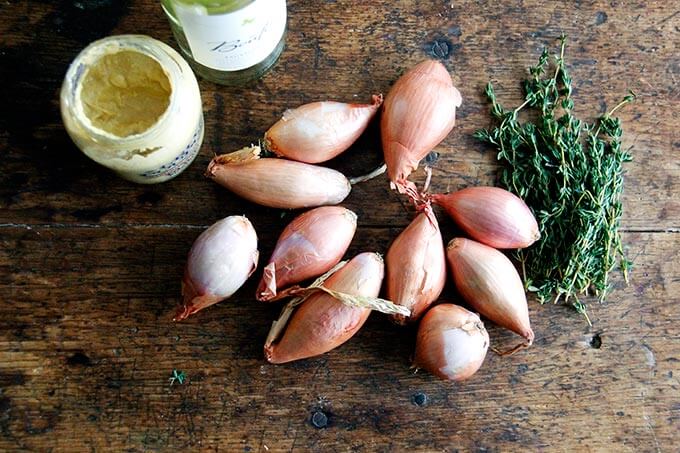 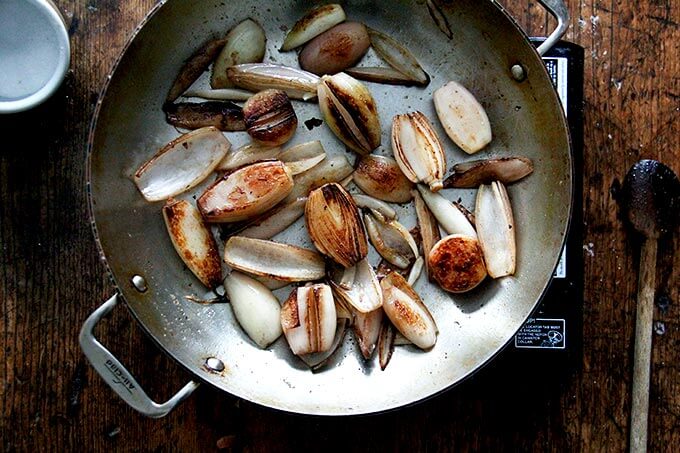 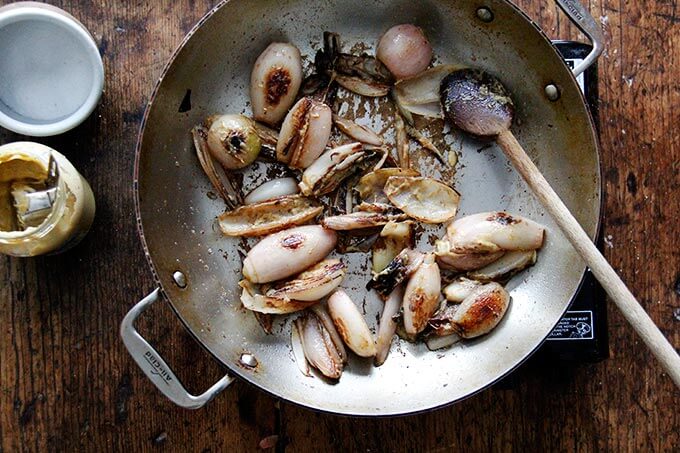 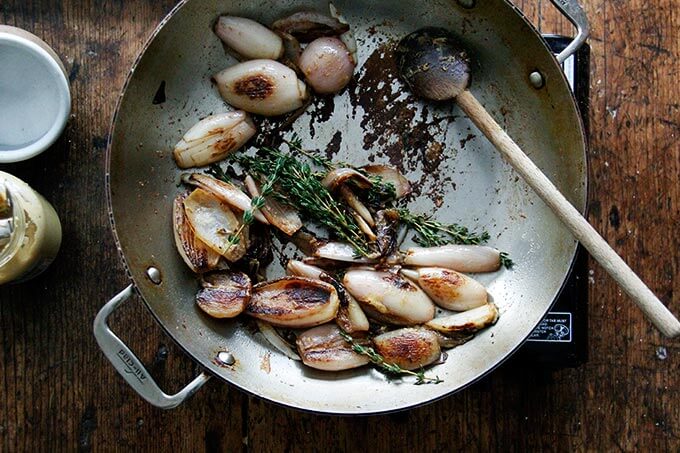 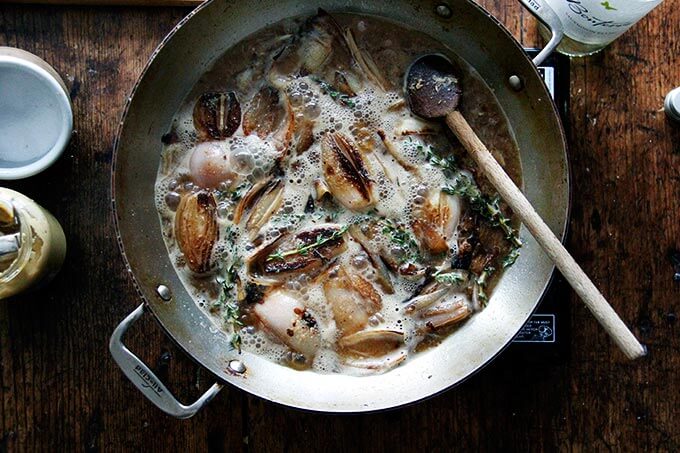 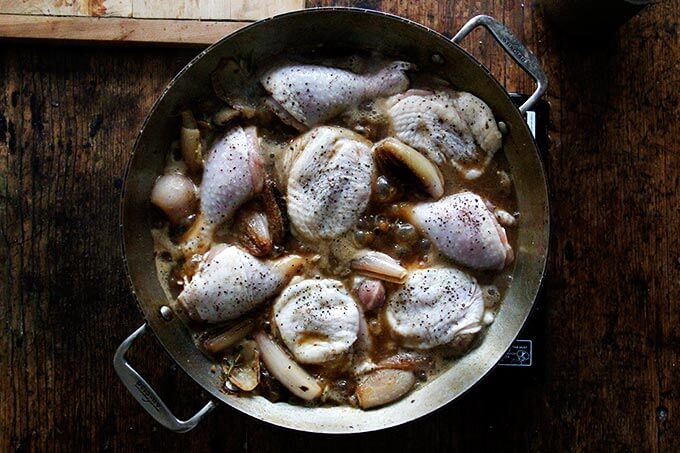 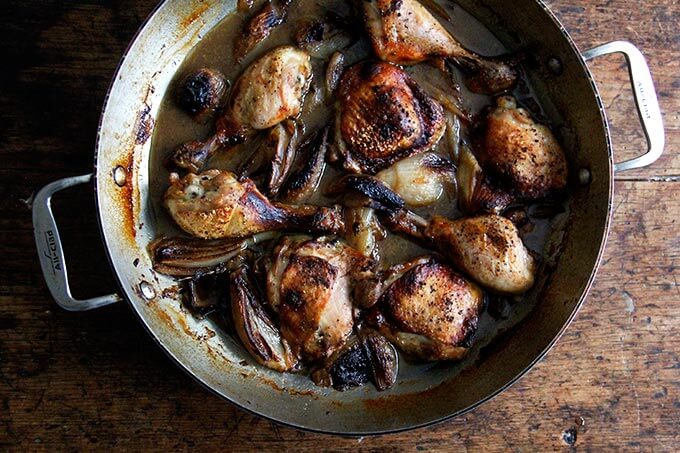 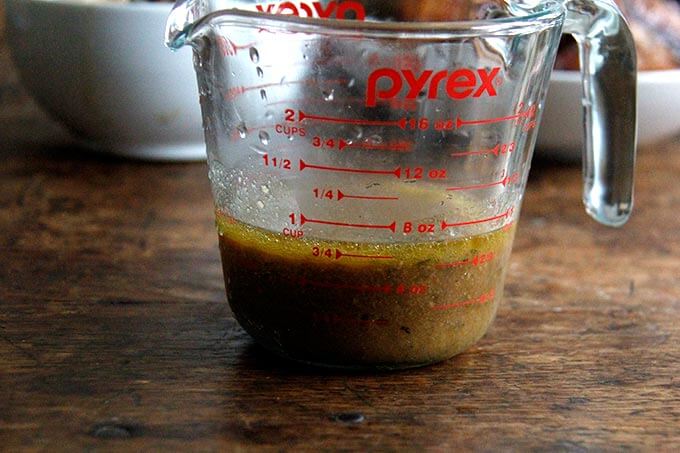 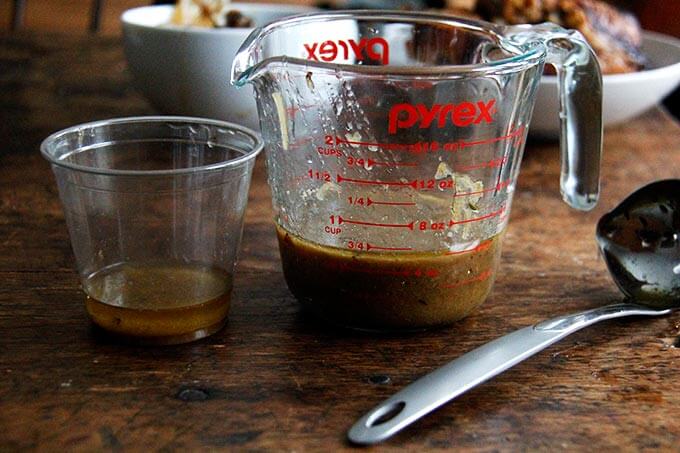 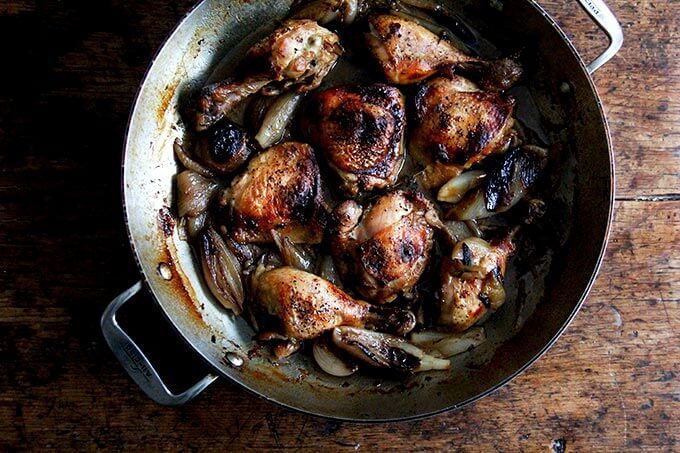 One caveat: If you use large or fattier chicken pieces, your sauce may be overwhelmed with rendered fat. I rarely have this issue, but every so often, if I taste the sauce at the end of cooking, and it tastes too fatty, I’ll remove the meat (and shallots, here), pour the sauce into a Pyrex, let the fat rise to the top, and skim it off. I find this easier than browning especially since this step isn’t always necessary.

Also, I use thyme because I can’t always find tarragon — not similar flavors, but each works well with the other flavors in this dish.

Also, given the season, I do not add tomatoes.

Just when I resolved to eat more canned beans, a f

*Almost* ranch — the dip I think you should make

There are no herbs in this wintry, green pesto, bu