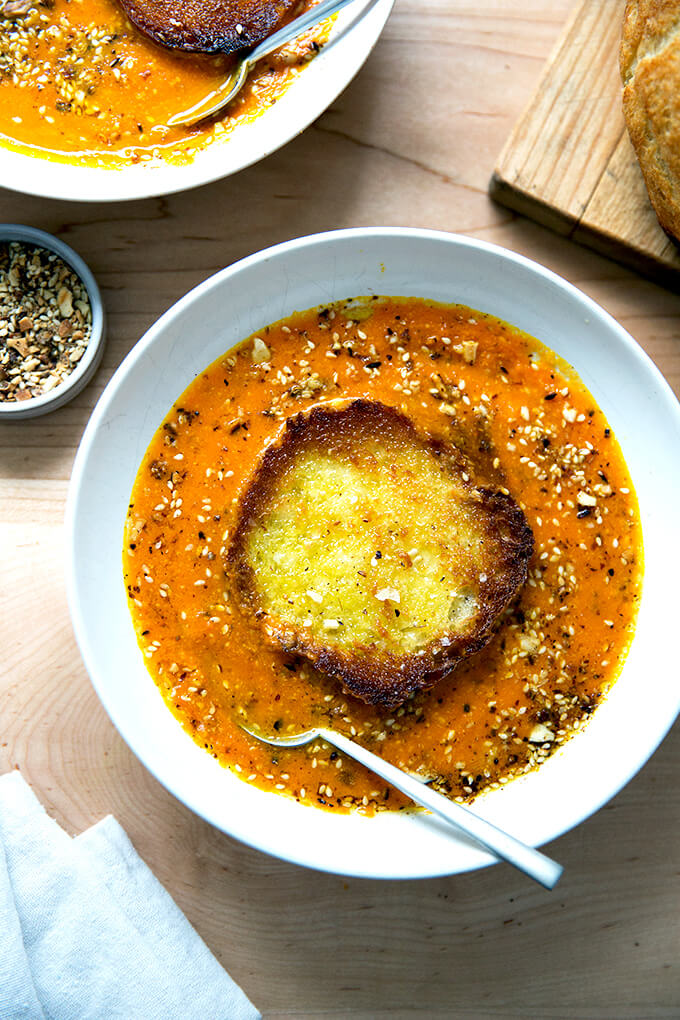 In preparation for my chat with Margaret Roach last week, I made as many dishes as I could from as many of the fall 2018 cookbooks I could get my hands on. One of the first recipes I tested came from the almond chapter of Cal Peternell’s Almonds, Anchovies, and Pancetta, and I must say, in the wake of the Thanksgiving feast and its many indulgences, nothing tasted better.

It’s made with all good things and it’s simple to make, to boot: sweat onions in olive oil with a pinch of saffron; add chopped carrots, toasted almonds, and water. Simmer for 30 minutes, add a splash of vinegar, then purée until smooth.

It sounds austere, but if we learned anything from the Moroccan carrot salad with harissa, it’s that a little spice and finesse can make less-than-exciting vegetables shine. Here, the intrigue comes by way of saffron and almonds, which offer subtle floral and nutty notes, respectively. The almonds, too, give the soup body and richness and a bit of texture, too—this soup isn’t silky smooth like other soups of its nature.

As a garnish, I made the dukkah recipe from the same chapter. Dukkah is a North African spice blend often containing cumin, coriander, sesame seeds, and some sort of toasted nut or nuts. Here it’s toasted almonds, the flavor of which along with the spices so nicely complements those of the soup. I found myself sprinkling dukkah into my bowl to accompany every bite—it’s so good; so good with bread and olive oil on the side, too.

Incidentally, when the carrot soup ran out and I made a coconut-butternut squash soup (more on this soon) to fill the void, it, too, got the dukkah treatment. I know making a garnish for soup can feel too much like hard work, but if you’re up for it, I have no doubt you will approve. 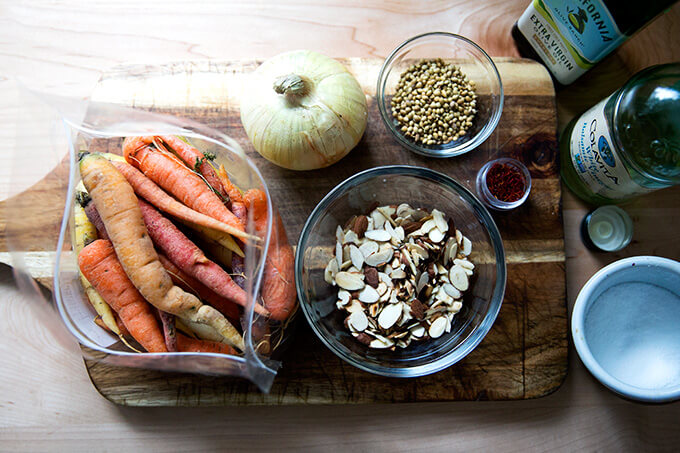 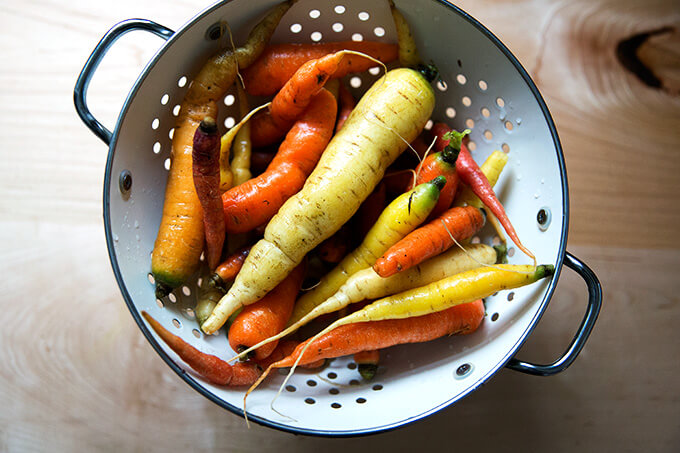 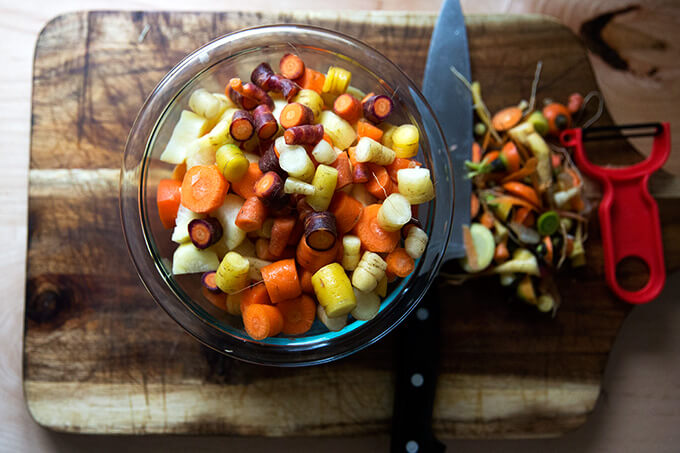 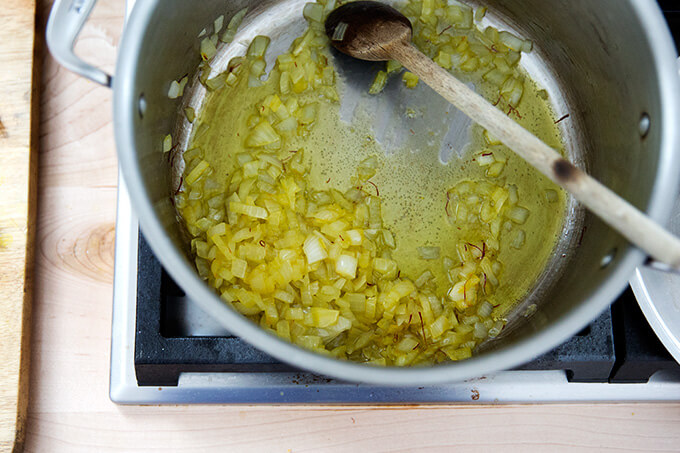 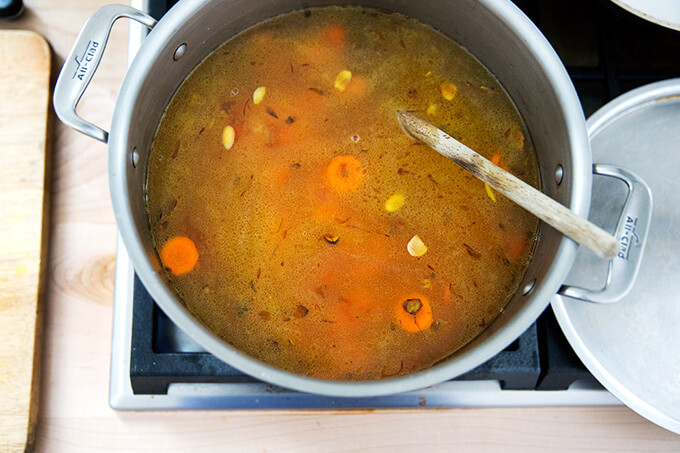 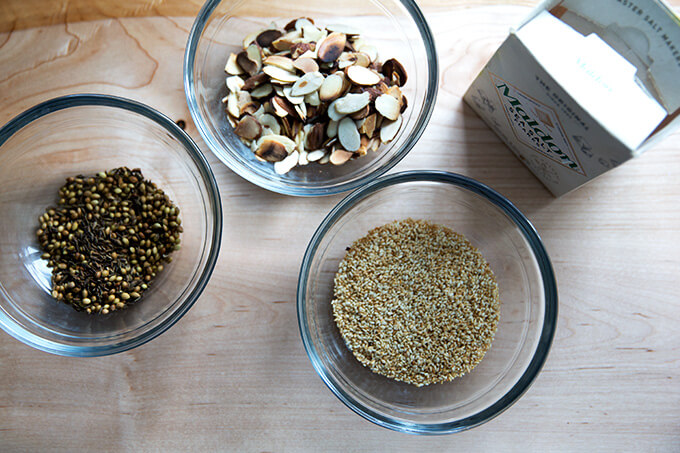 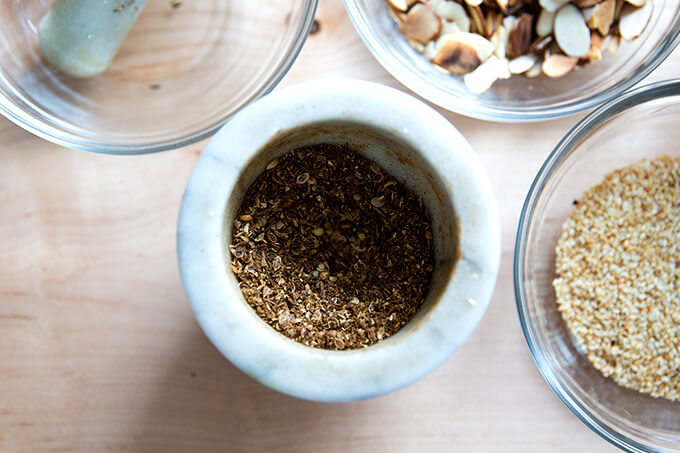 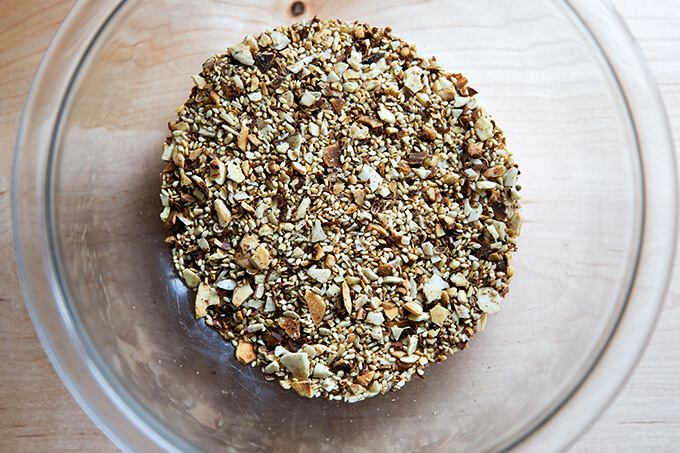 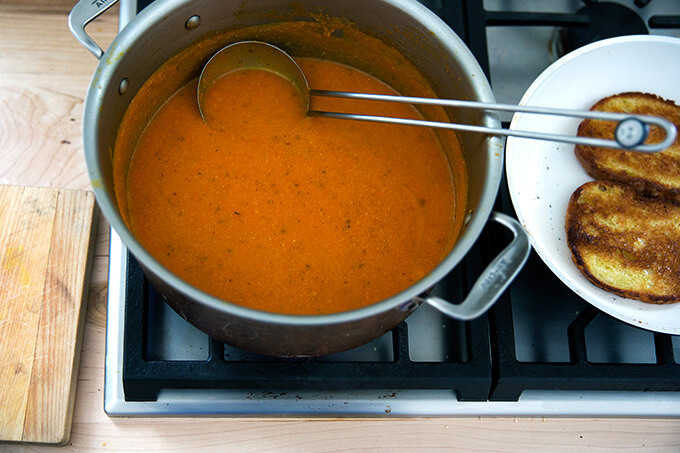 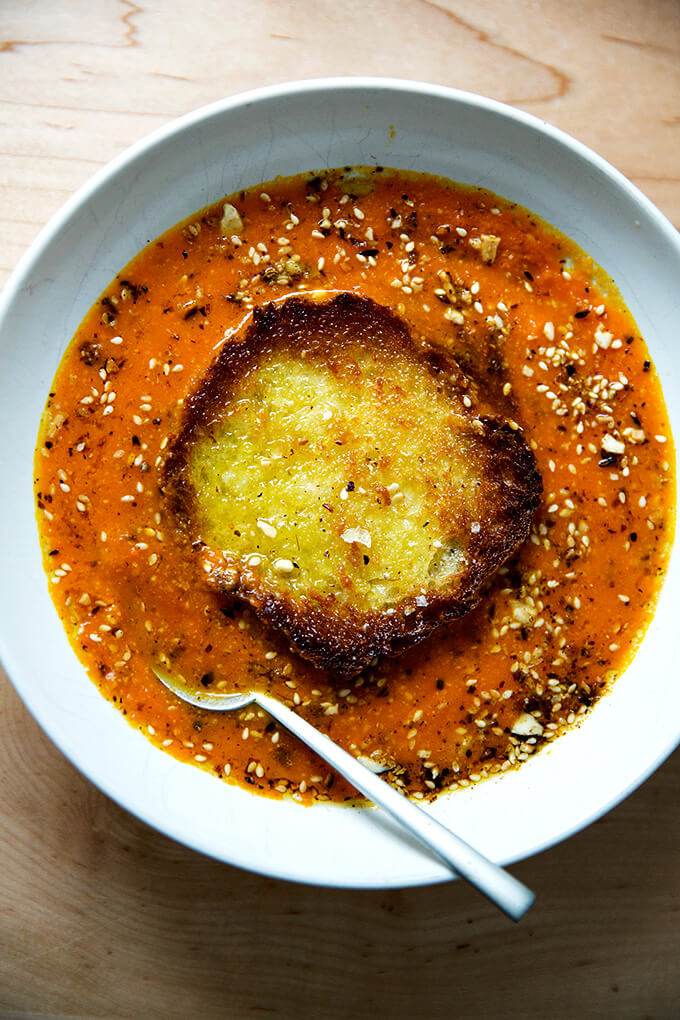 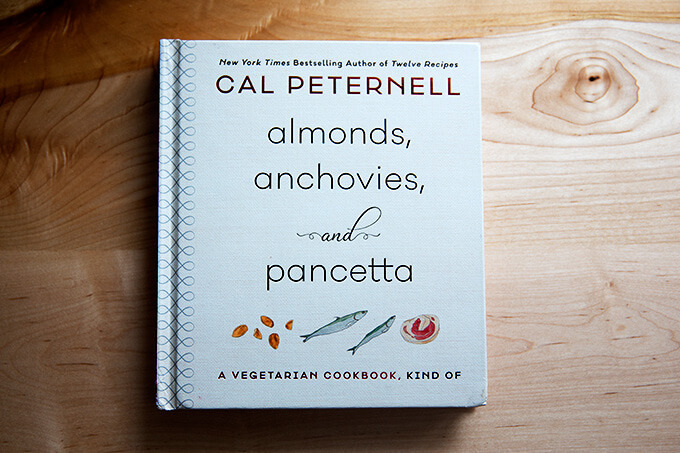 I made one small change: I used sliced almonds as opposed to whole, which Cal toasts in the oven and then peels. I toasted the almonds stovetop in a skillet until golden, but feel free to oven toast the almonds if you wish.

Also, in place of the suggested coriander oil garnish, I made dukkah, which I love and highly recommend making—I’m discovering it’s nice on all sorts of soups. One tip: make a trip to your local Asian market to stock up on coriander, cumin, sesame seeds, and other spices—you’ll save so much money.