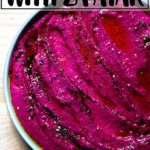 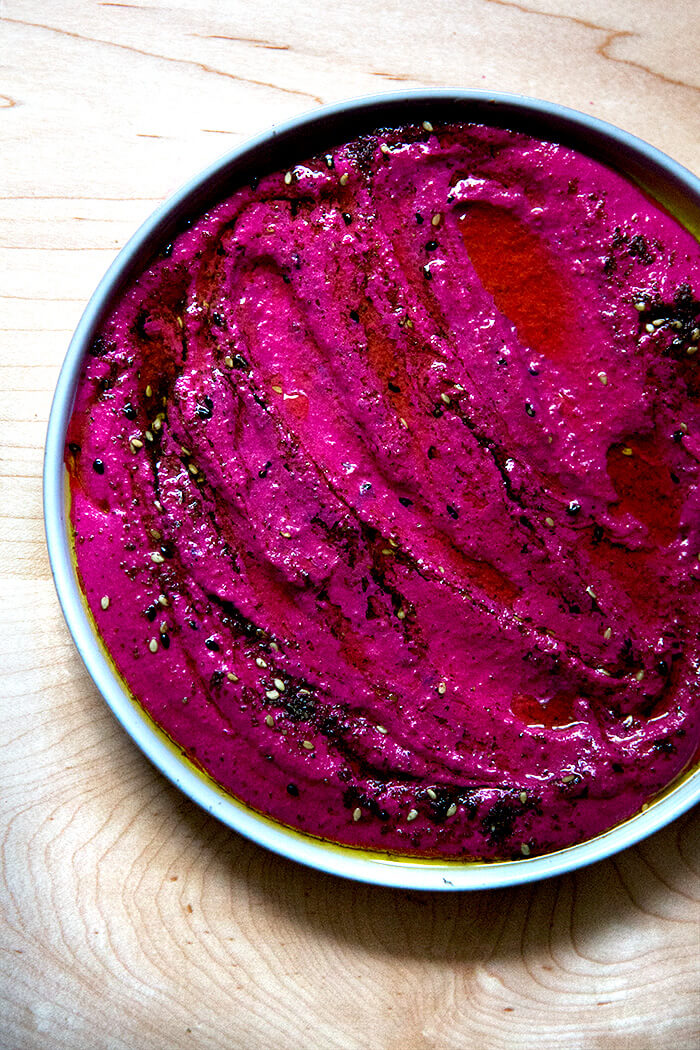 In early October, a friend sent me the recipe for the beet-labneh dip served at Washington D.C.’s Maydan. One look at the photo had me searching all over town for labneh, which I found at Honest Weight, then roasting the boodle of beets that had just arrived in my CSA.

About an hour later, when the beets were knife-tender and ready to be blended with the garlic, fresh lemon, and labneh, the dip emerged, a striking magenta purée, as vibrant in hue as in flavor.

I’ve since made the dip several times replacing the labneh with strained Greek yogurt, which works just as well. Maydan garnishes their beet “borani” with fresh dill and sesame seeds; I’ve been using a splash of olive oil and a pinch of za’atar.

If you’re looking for something a little different to serve to any guests who may be convening at your house for a New Year’s gathering, this is a fun one. And though I can’t say for sure, I suspect this could win over any beet skeptics in the crowd. Here’s to positive (wishful?) thinking in 2019!

Adapted from The Washingtonian

Labneh: Labneh is a soft cheese made from strained yogurt that has been consumed in Lebanon, Syria, Palestine, Jordan and Israel for thousands of years. It is very hard to find — I found some at Honest Weight in Albany — but I find using Greek yogurt works just as well. Be sure to plan ahead if using Greek yogurt—it should strain overnight to allow it to thicken.