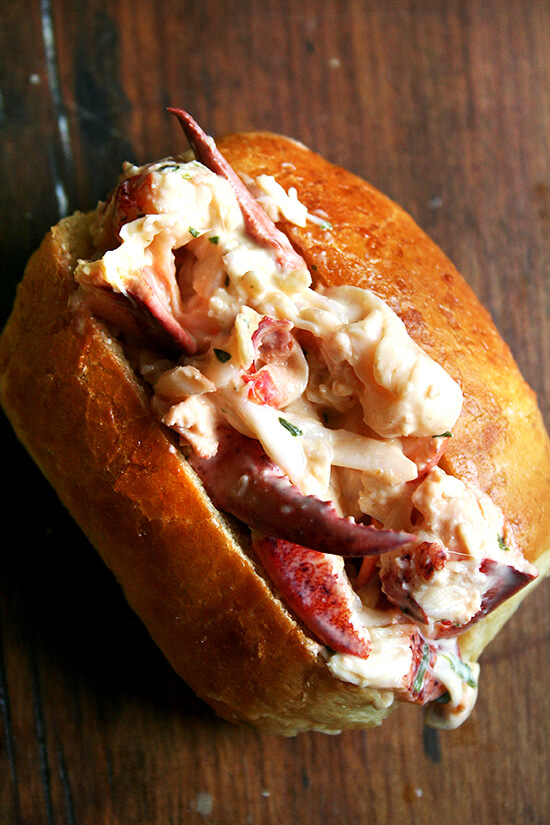 With lobster rolls on my brain for weeks, it was high time to brush up on my homemade mayonnaise making. I took my mother’s advice and made Mark Bittman’s food processor mayonnaise, which, as my mother promised, was both delicious and foolproof thanks to a teeny hole in the food-pusher insert (see photo below). From start to finish (including cleanup), the whole process took five minutes, the mayonnaise itself coming together in less than one minute once the blades started spinning.

In preparation for the lobster rolls, I threw in some tarragon at the end, an ingredient I’ve always associated with a good lobster roll — a good lobster roll made at home I should say. It has been too many years to say for sure, but I don’t recall any tarragon present in the $3 lobster rolls my mother and I inhaled three times a day for a week straight at the various roadside stands dotting the Maine coastline during one summer road trip. Those were the best lobster rolls I’ve ever tasted, ones I’ve never even tried to replicate at home.

At home I make lobster rolls just as my mother does with nothing more than homemade mayonnaise, fresh tarragon and a squeeze of lemon. They are so simple — with the exception of the whole killing/boiling/cracking of the lobsters process — and so delicious. It never feels like summer till I’ve had my first lobster roll, at a roadside stand or not, and these, despite arriving just days before the Fourth, were no exception. Happy Fourth Everyone!

A few notes on buying/killing lobsters: The consensus seems to be that it is more humane to kill a lobster by thrusting a sharp knife through the lobster’s shell behind its eyes than by dropping the live lobster into boiling water. A little internet research led me to a youTube video featuring Eric Ripert, whose comments and demonstration finally gave me the courage to kill the lobsters before boiling them. If you have any inclination to do this, watch Ripert’s video, and then go for it. As Ripert says:

“It’s not a pleasant experience, but when you eat lobster and when you eat any kind of animal, that animal has been alive and it’s very important to be aware that we are taking that life away and that we are going to eat it, and if we do a good job, we are actually paying homage to the lives that we sacrifice.”

I’ll be honest, it wasn’t a pleasant experience, and I had the jitters before, during and after the process (they seemed to linger all afternoon in fact), but it was worth it. 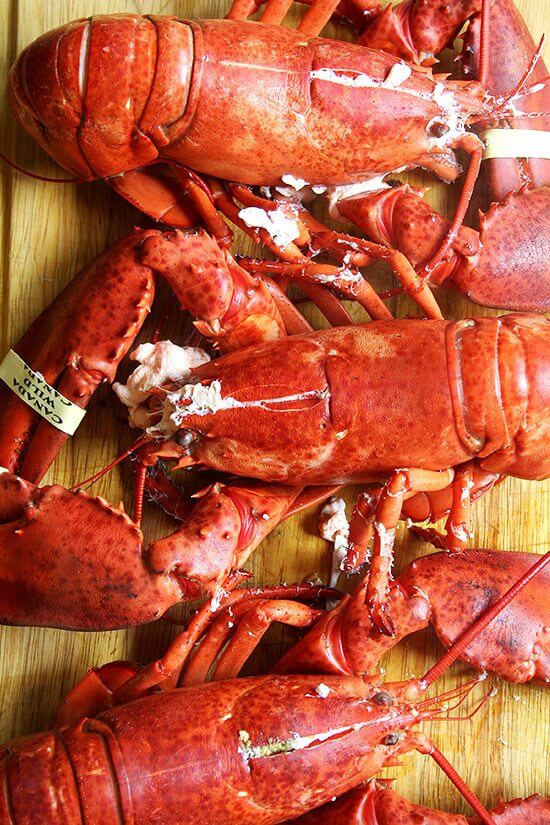 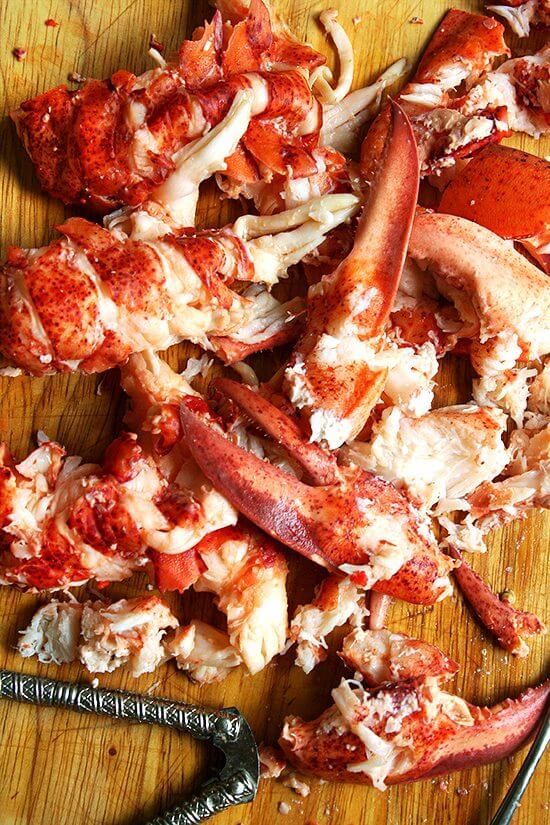 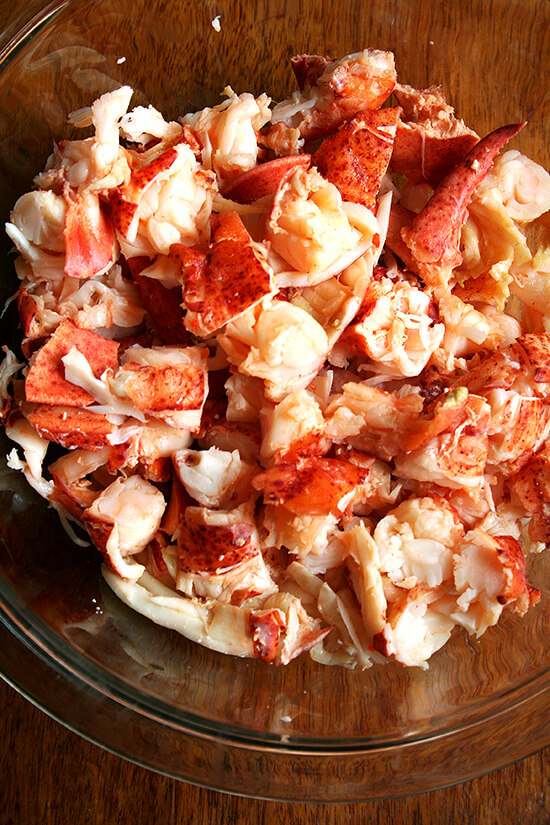 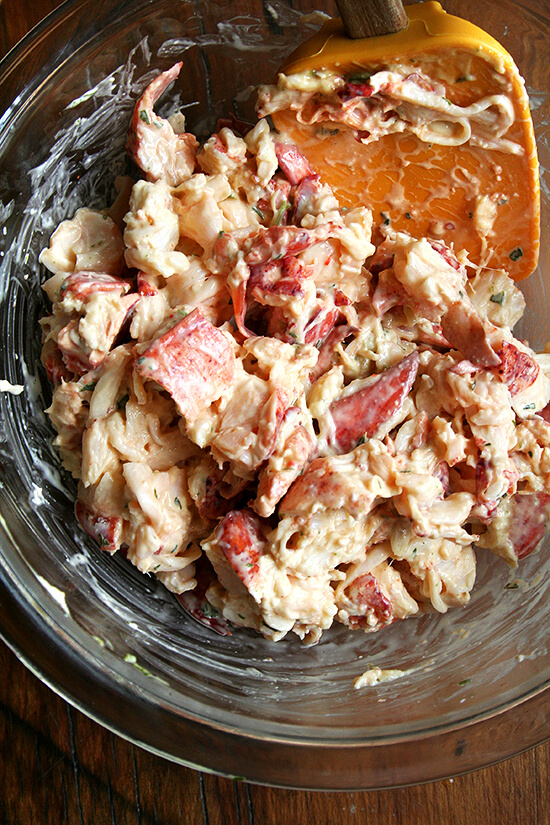 See this teeny hole? It’s this hole that allows the oil to enter the food processor in a slow steady stream, allowing the mixture to emulsify perfectly into mayonnaise. 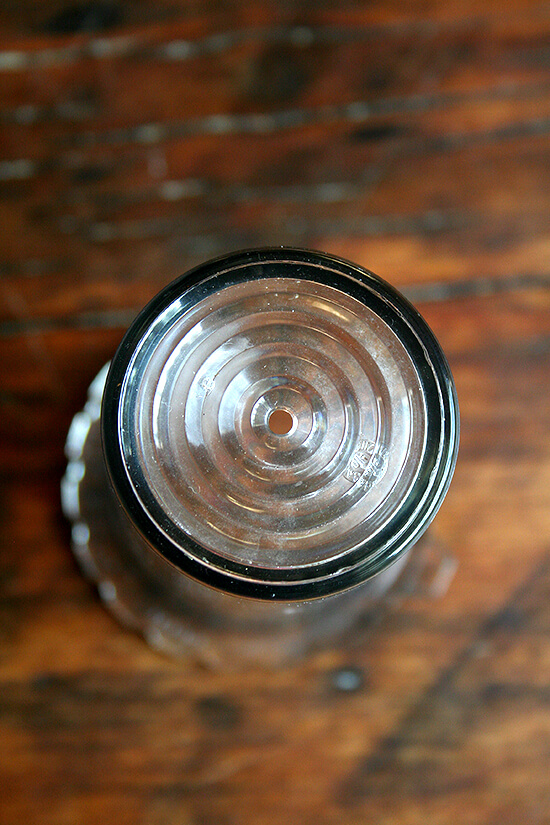 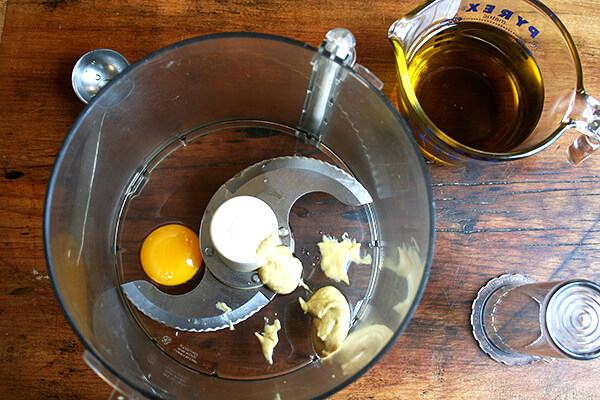 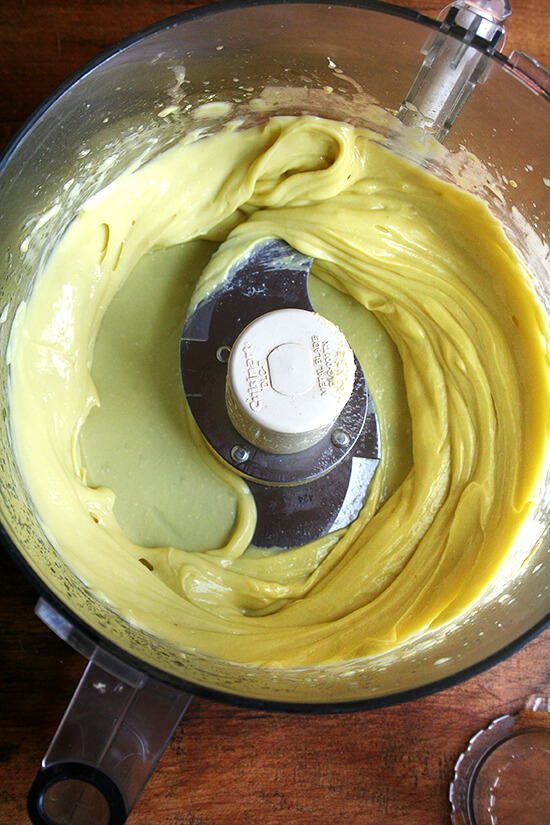 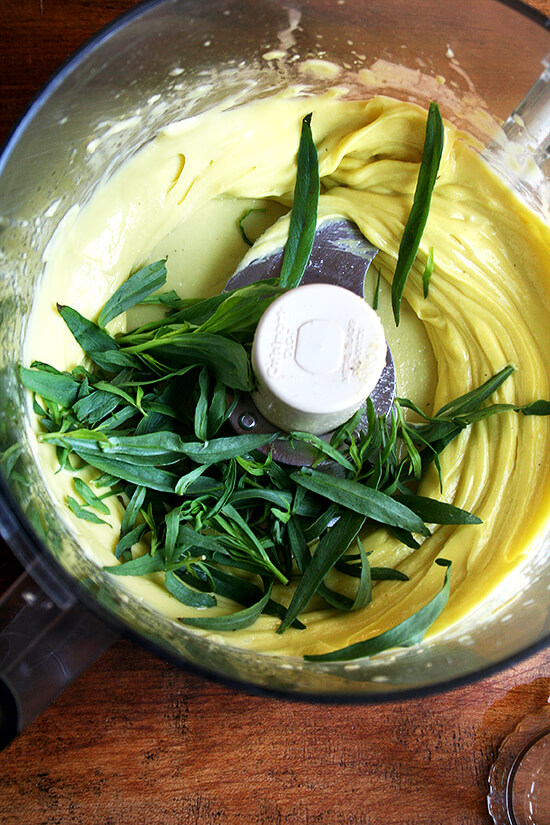 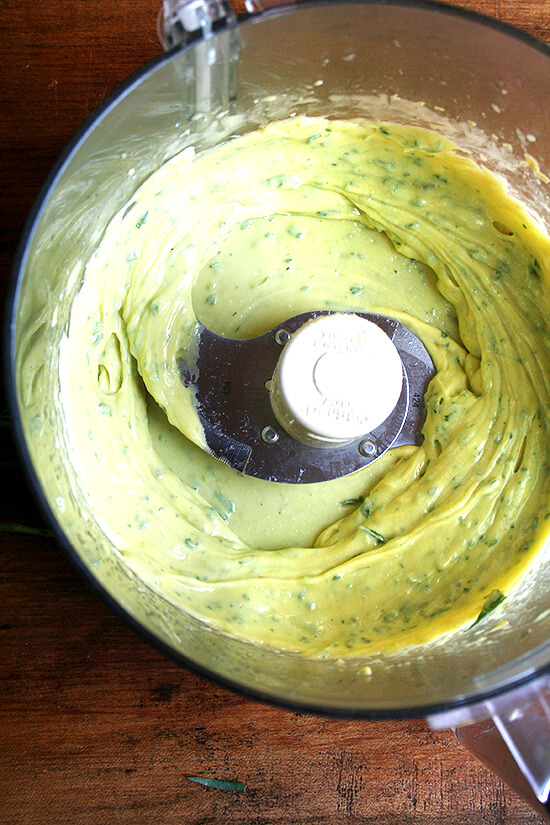 You all know how to cut a lemon, right? I mean the pretty way? Not sure? Check this out. It’s not necessary to cut lemons this way but it makes for a nice presentation. 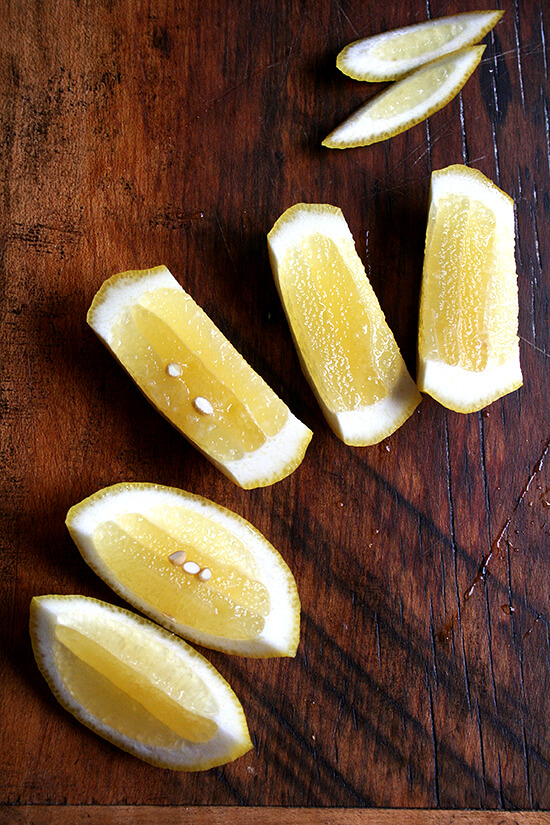 Put the yolk or egg, mustard, salt, pepper and lemon juice or vinegar in the container of a food processor and turn the machine on. While it’s running, add the oil in a slow, steady stream. (Your food processor should have a teeny hole in the food pusher insert in the top). When an emulsion forms you can add it a little faster. (Again, the little hole makes this unnecessary.) Taste and adjust seasoning if necessary. Add the fresh tarragon (if desired) and pulse until chopped. 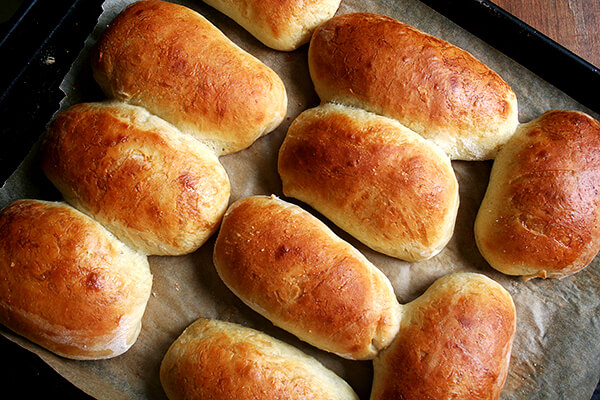