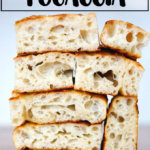 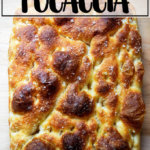 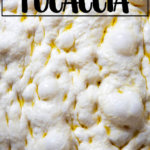 Sourdough is having a moment. Longtime sourdough bakers may cringe at this proclamation, just as our grandparents likely roll over in their graves when they hear “toast” is a thing.

But it’s true. I cannot open a magazine without seeing a feature on a bakery and its naturally leavened loaves; I cannot scroll through Instagram without seeing a crumb shot of a halved sourdough miche, a beautiful web of irregular holes, or an intricately scored, thick-crusted boule being presented like Simba to the animal kingdom.

My interest in sourdough in recent months has been spurred by a number of requests about how to make my mother’s peasant bread with a sourdough starter. Initially, I thought why? The beauty of the peasant bread is that it doesn’t require a starter or a long rise or any fussy techniques; it can be on your table start to finish in three hours. Everyone will rave.

Over the years, I’ve been able to answer questions relatively easily about how to make the peasant bread morph into something else: a boule with a thick crackling crust — thank you Jim Lahey — or a thinner round to use for pizza or something palatable for the gluten-free crowd.

So I began experimenting. I tried reviving my old starter, long neglected in my fridge, and when it proved altogether spent, I ordered one from Breadtopia. I followed the instructions to activate it, and within a day, I had a vibrant, bubbling starter.

After a bit of trial and error, I soon found a nice rhythm, mixing the dough in the afternoon, letting it rise all evening, splitting the dough into two portions and plopping each into a buttered Pyrex bowl in the morning. By early afternoon, the bread was ready to bake. The resulting loaves looked just like the peasant bread, golden crusted, soft crumbed, but with a nice subtle sourness. (Photo below.)

Using the sourdough peasant bread proportions, I decided to make focaccia, my favorite, a bread I love for so many reasons: its versatility — sandwich bread, appetizer, dinner bread — and its flavor and texture: the oil-crisped crust, the generous amount of salt, the chewy crumb.

I also think focaccia is an ideal bread with which to begin a sourdough journey. Why?

For those intimidated by sourdough bread baking, this recipe, as well as this simple sourdough bread recipe, are the recipes I suggest making first, both for their simplicity and flavor. Another great beginner’s bread recipe to try is this overnight, refrigerator focaccia, which requires minimal effort but yields spectacular results.

Curious about Sourdough? Let’s Start From the Top.

You need a sourdough starter. If you don’t know of anyone who will share his/her starter with you, buy one. In the past I’ve purchased one from King Arthur Flour and, more recently, from Breadtopia. Both were easy to feed and activate. Once your starter arrives, follow this guide on How to Activate, Feed, and Maintain A Sourdough Starter.

Why Buy (or Procure) a Starter?

Begin with an Easy Recipe

As noted above, I think focaccia is a perfect sourdough-bread-baking starting point. It will teach you the fundamentals of working with sourdough without the potentially frustrating steps of shaping, scoring, and baking with a Dutch oven. The recipe below also can be baked in a loaf pan, another great option if you do not want to deal with shaping and scoring and Dutch ovens.

How to Make Sourdough Focaccia: A Step-by-Step Guide

Get a starter. If you don’t have a starter and don’t have a friend who can lend you one, I recommend buying one. I bought mine from Breadtopia, and I’ve managed to keep it alive for 6 months now. Score!

I store my starter in this quart container. When I’m ready to use it, I discard some of it, and add about 45 g flour…

… and 45 g water. You don’t have to be exact, but when you’re getting started, I think it’s helpful to weigh both the water and flour. Depending on how long the starter has been in the fridge, it may need one or two feedings before use.

If you stick a rubber band around your starter vessel, you’ll know when …

… it has doubled and is ready for use.

If you need reassurance as to if it’s ready, you can do the float test: drop a spoonful of starter into a glass of water. If it floats, it’s ready.

As with all bread, when mixing sourdough doughs, it’s best to weigh everything with a digital scale. Start with 100 g starter.

Add 440 g water. (See recipe notes: If you live in a humid environment, you may want to use less.)

Cover with a towel or bowl cover, and let rise for 8 – 18 hours at room temperature (times will vary depending on the time of year and how warm your kitchen is … in the summer, this may take only 4 hours):

… drizzle it with some olive oil.

Deflate the dough by pulling the sides into the center.

After 5-6 hours, the dough is ready to be dimpled and stretched and salted. Bake at 425ºF for 25 minutes.

Adapted from my favorite yeasted, slow-rise focaccia recipe — overnight refrigerator focaccia — this recipe replaces the yeast with a sourdough starter.

UPDATE: Video guidance is here! Watch up above or click the link below in the recipe card.

What you need to make this recipe…:

The more I make sourdough, the more I realize so much depends on the time of year and the temperature of my kitchen. In the summer, because it is so warm, the first rise (bulk fermentation) takes between 4 – 6 hours; in the winter the first rise takes 12 – 18 hours.

The key with this recipe is to make sure the first rise doesn’t go too long — you want the dough to nearly double. A straight sided vessel  (as opposed to a bowl) makes gauging the first rise easier. (Note: If your dough rises above double, don’t despair … recently my dough tripled in volume during an overnight rise, and the resulting focaccia was still delicious, light, airy, etc.)

Troubleshooting: If you have issues with your dough being too sticky, please read this post: Why is my sourdough so sticky? The 4 common mistakes.

Incidentally, this same recipe can be used to make sandwich bread. You need one large loaf pan, 10×5-inches, such as this one.

As noted above, this same recipe can be baked, like the original peasant bread recipe, in buttered Pyrex bowls. More on this soon.