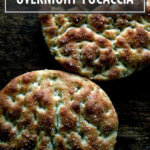 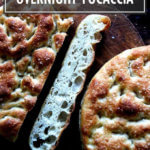 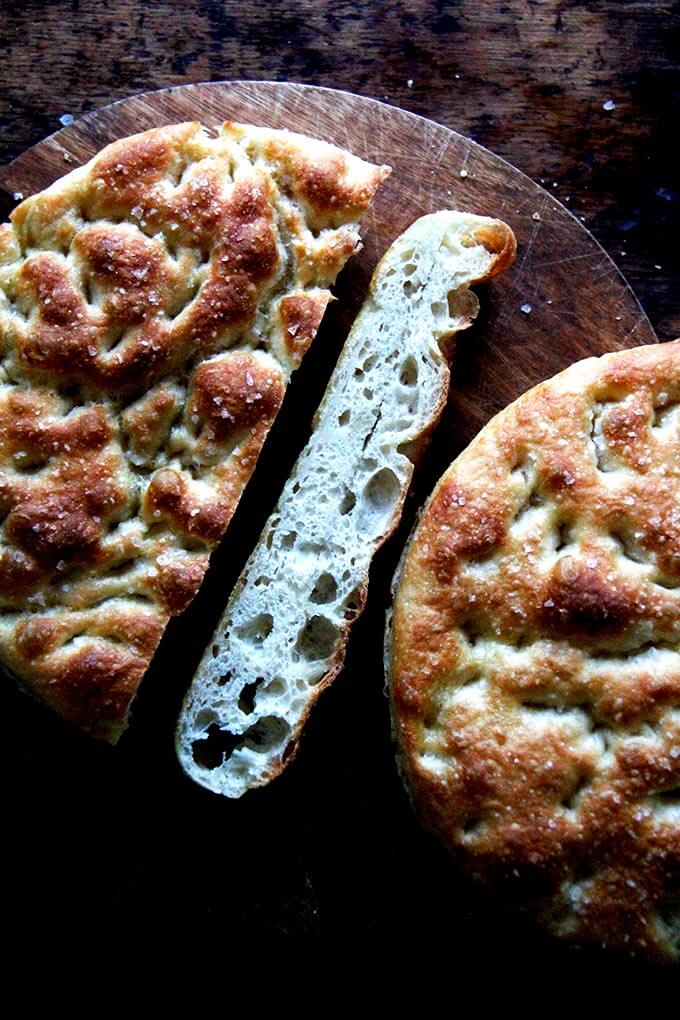 A few summers ago, I bumped into Richard Bourdon at Berkshire Mountain Bakery. During our brief chat, he told me, among other things, he would never write a cookbook because he’s always changing his methods. I was shocked to hear this because I would have thought that after 30+ years of running his renowned bakery, he would know all there is to know about bread baking, that his formula would require zero tinkering, and that he and all of his staff could churn out the acclaimed BMB breads in their sleep.

But it was refreshing and reassuring to hear this, too, because I’m constantly changing how I make things, and I don’t know that I’ll ever stop. For the past few months, I’ve been making the base focaccia bread recipe from Bread Toast Crumbs, but trying different things: using more yeast, using less yeast, doing longer, slower rises at room temperature, doing longer, slower rises in the refrigerator.

What Makes The Best Focaccia?

I’ll spare you all the details of the various experiments and skip straight to what I’ve found creates the best focaccia, one that emerges golden all around, looking like a brain, its surface woven with a winding labyrinth of deep crevices: refrigerated dough. This is nothing novel—many bakers extol the virtues of the cold fermentation process—and it came as no surprise to me either: it was, after all,  past-prime Jim Lahey refrigerated dough that showed me how easy focaccia could be: place cold, several-days-old pizza dough in a well-oiled pan, let it rise for several hours or until it doubles, drizzle with more oil, dimple with your fingers, sprinkle with sea salt, then bake until done.

Employing a refrigerator rise takes time because the cold environment slows everything down initially, and during the second rise, the cold dough takes time to warm to room temperature. The overall effort, however, is very hands off, and the result is worth it. In sum, I’ve found:

Friends, if any of you are on Instagram, I have a step-by-step video highlighted in stories, which might provide some guidance. If not, I hope the photo play-by-play below will offer the same instruction. As always, I am here if you have questions.

PPS: All The Bread Recipes 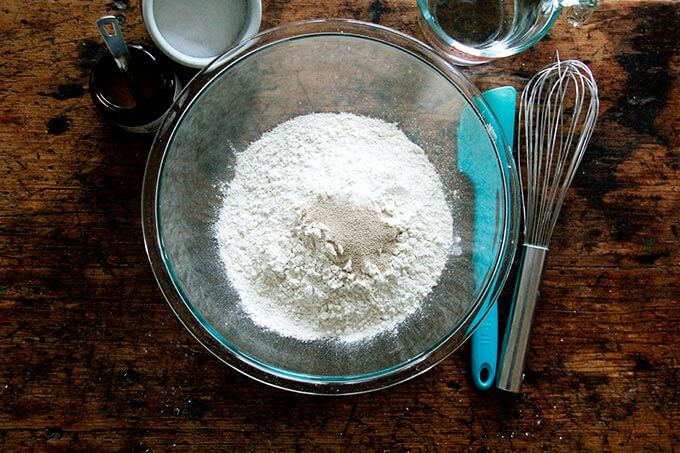 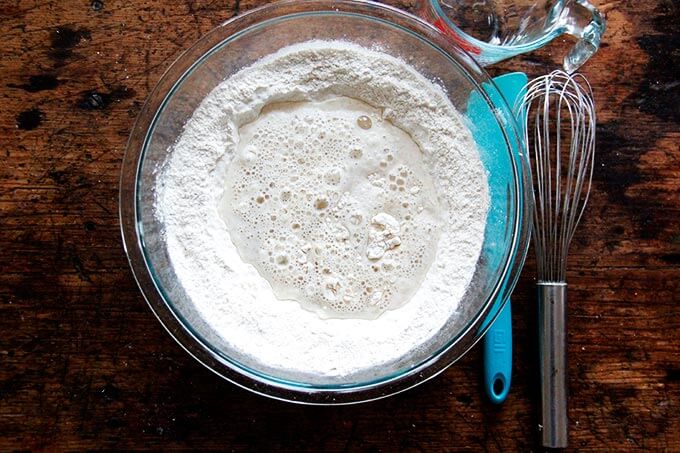 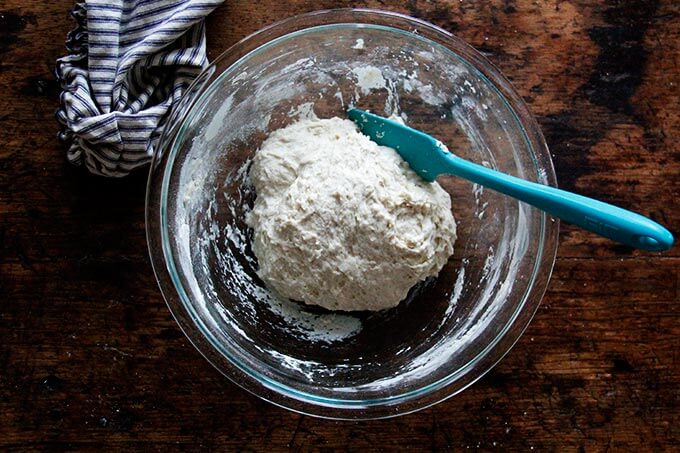 Cover bowl. You all have one of these, right? Stick bowl in the fridge immediately; leave it there to rise for 12 to 18 hours (or longer—I’ve left it there for two days). 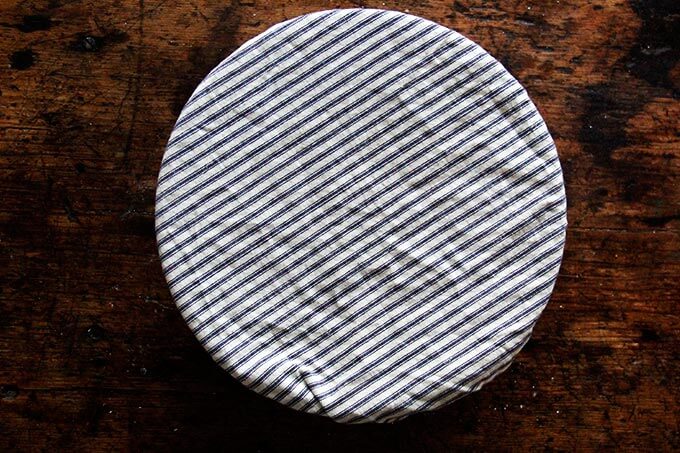 Remove from fridge, and remove cover: 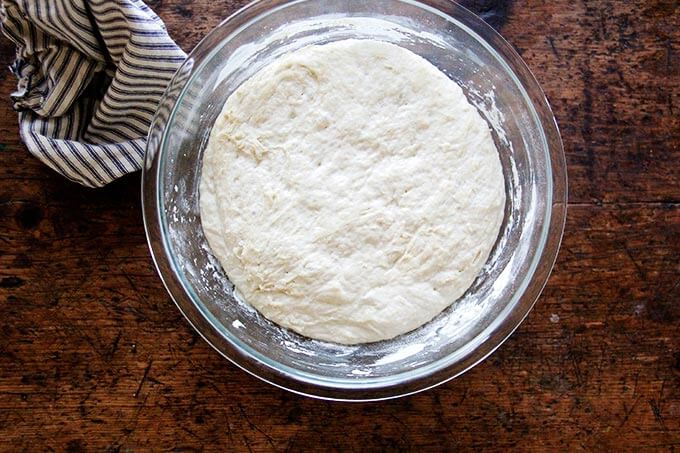 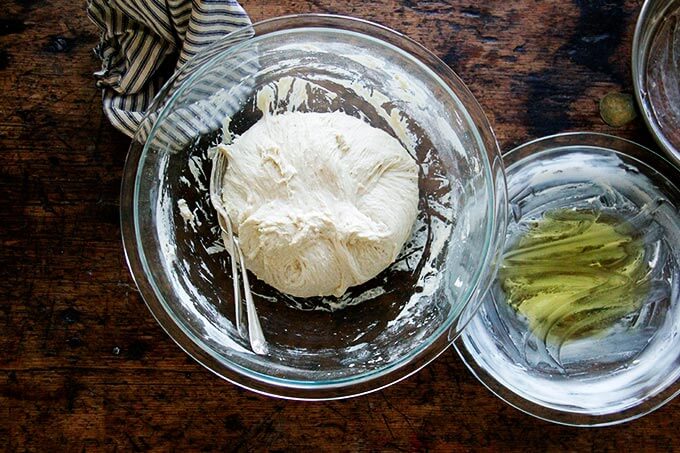 Butter or line with parchment paper two 8- or 9-inch pie plates or something similar; then pour a tablespoon of olive oil into each. (The butter/parchment will ensure the bread doesn’t stick.) Divide the dough in half and place each half into the prepare pans. Use your hands to turn the dough in the oil, creating a rough ball. Don’t touch the dough again for 2 to 4 hours depending on your environment. 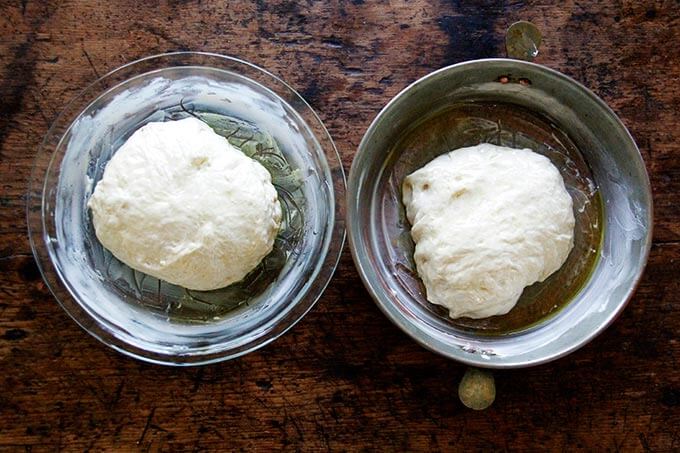 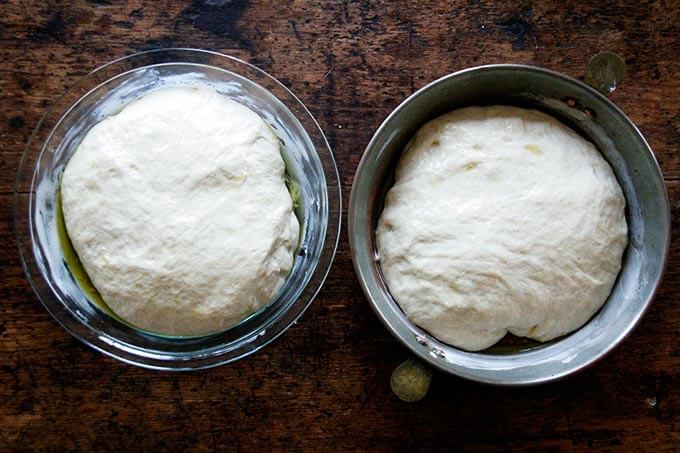 …pour another tablespoon of olive oil over each round, and using your fingers, press straight down to create deep dimples. Sprinkle with flaky sea salt, such as Maldon. 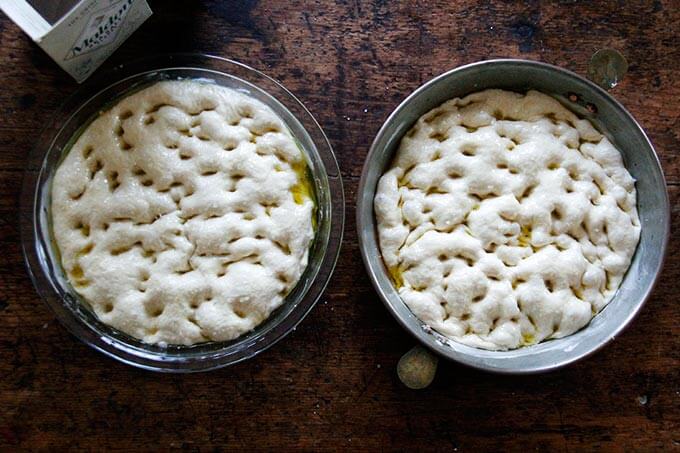 Transfer to oven immediately and bake at 425ºF for 25 minutes or until golden all around. 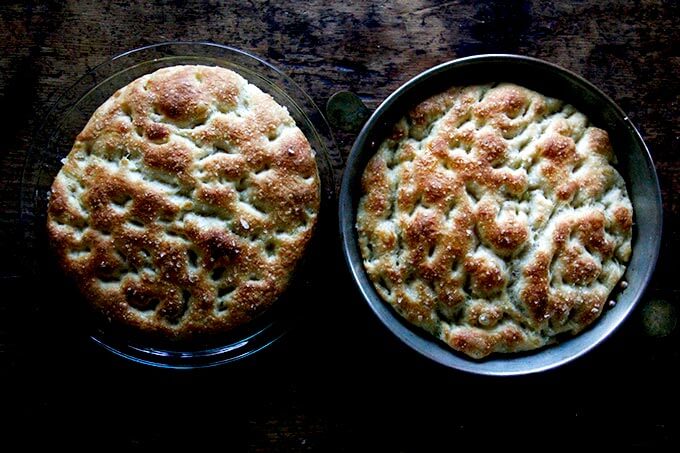 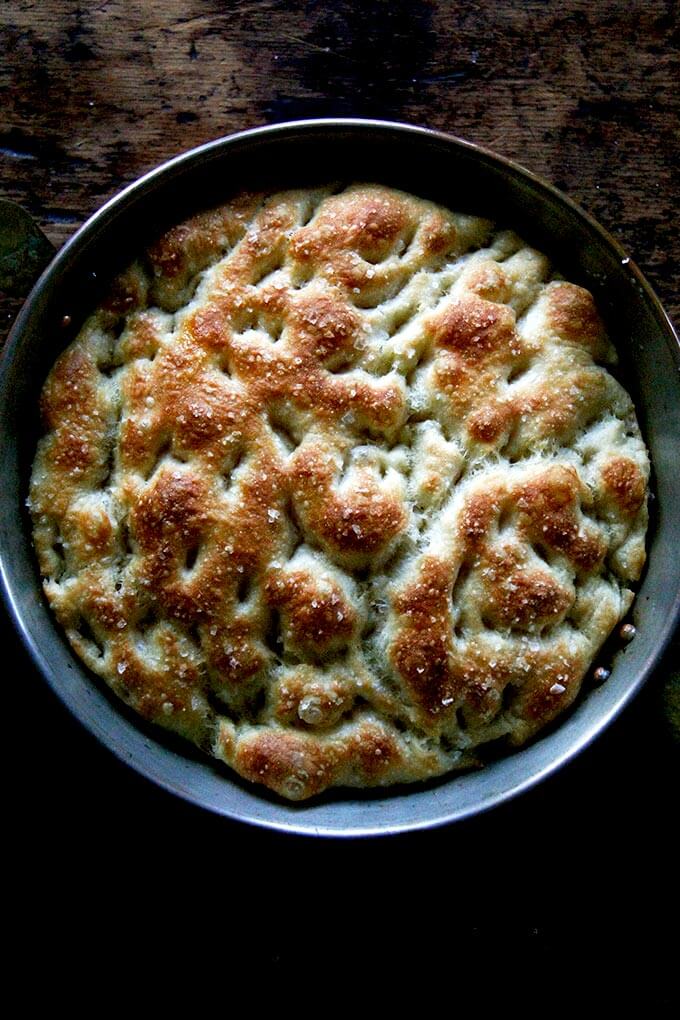 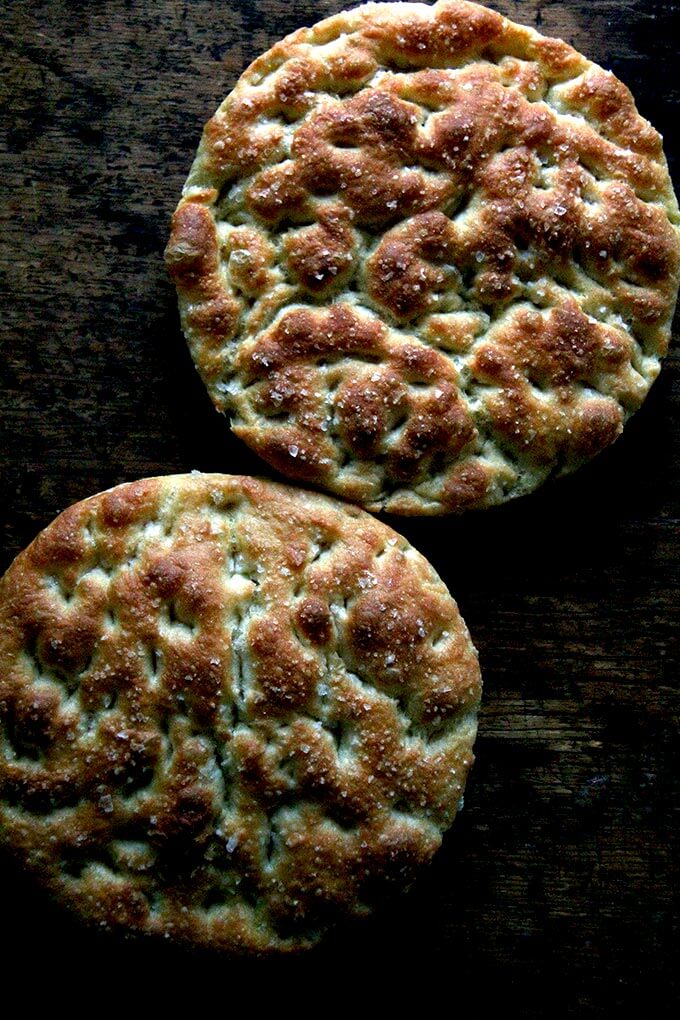 Remove focaccia from pans and place on cooling racks. 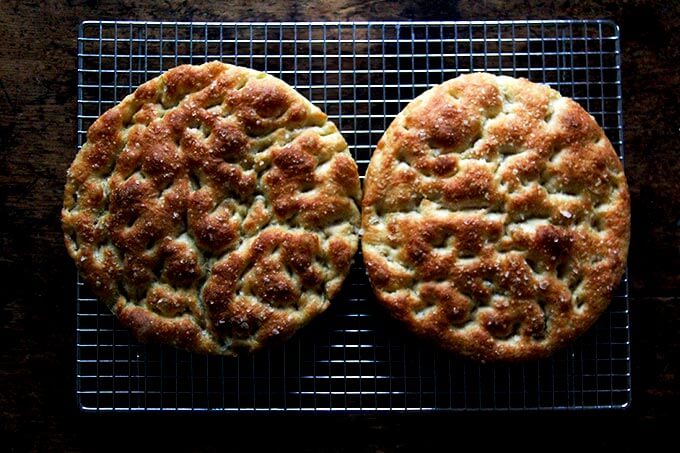 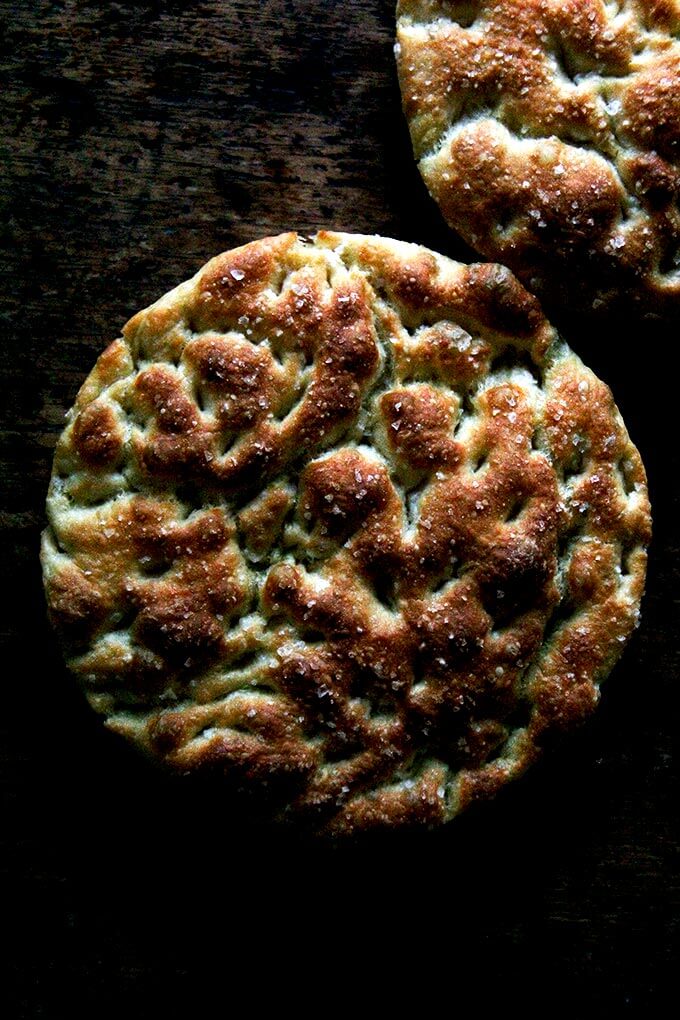 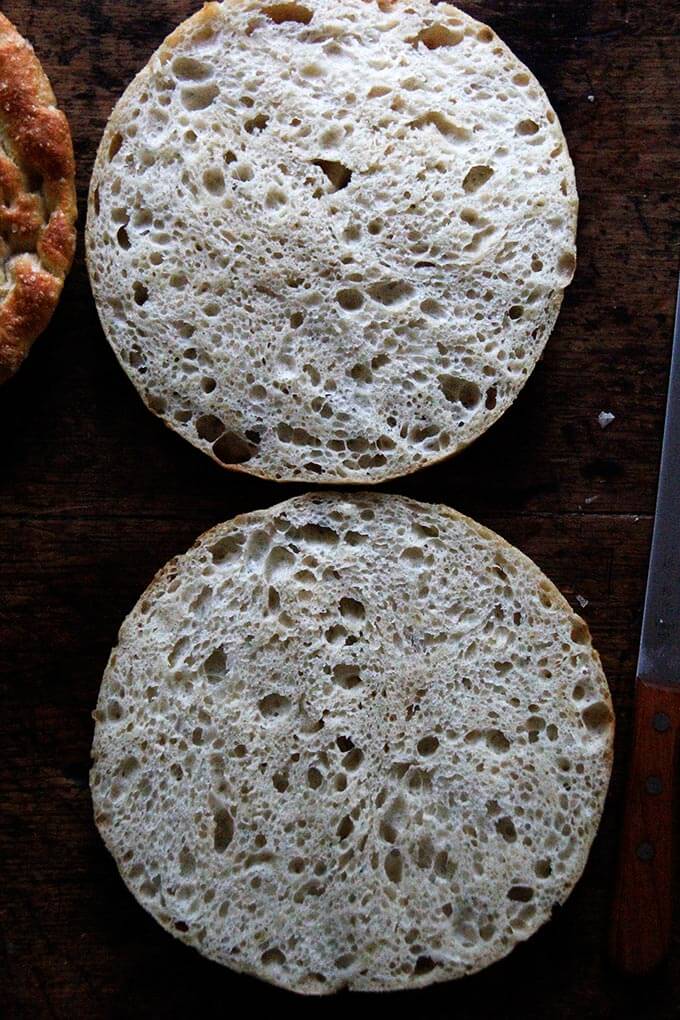 My favorite thing to do with these rounds of focaccia (besides serving them with olive oil and dukkah) is to make a slab sandwich. In the video below, the fillings include: mozzarella, prosciutto, arugula, and olive oil. Truth be told, the mozzarella brought little to the table here. Butter, as in Gabrielle Hamilton’s three fats sandwich, would have been better.

Adapted from the focaccia and pissaladière recipes in Bread Toast Crumbs.

Just when I resolved to eat more canned beans, a f
New Year, New Tuna Salad 🎉🎉🎉 ⁣ ⁣ This
*Almost* ranch — the dip I think you should make
Balthazar’s mussels + crusty bread + salad: so s
There are no herbs in this wintry, green pesto, bu
Load More... Follow on Instagram