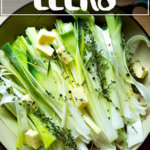 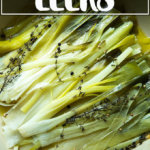 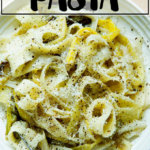 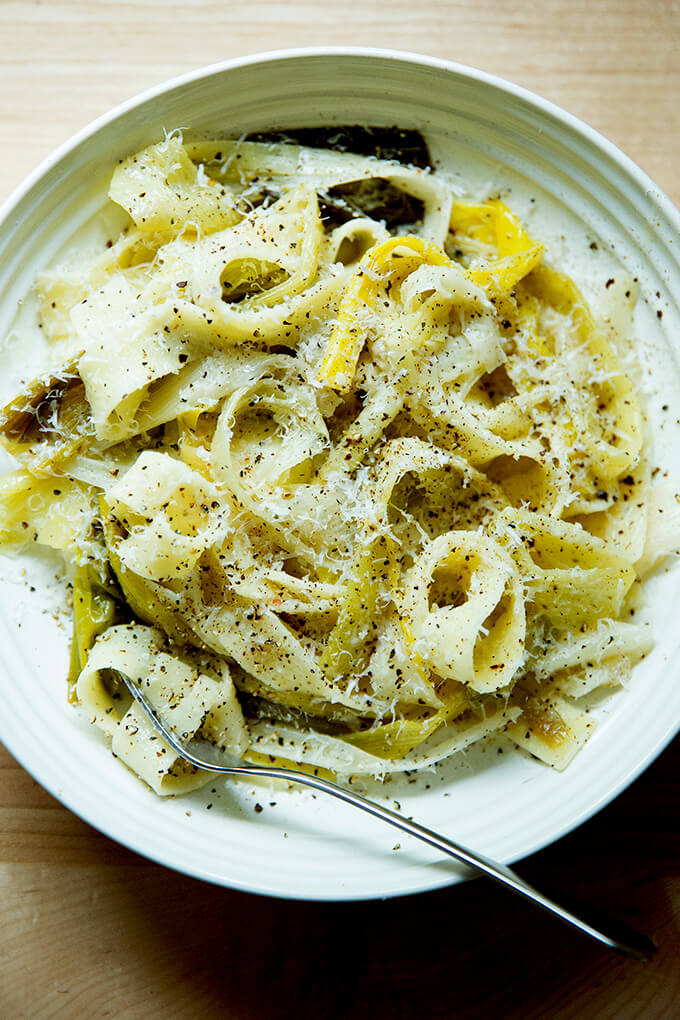 When braised, leeks release a ton of water, which causes them to shrink and become meltingly tender. When braised with white wine, olive oil, a little butter, and thyme, they emerge swimming in an especially fragrant broth, which can be used as a base for soup, as a sauce for pasta, or a side dish to roast chicken (or any number of meats).

Ronna Welsh, author of The Nimble Cook, where I discovered this recipe, has other ideas, too: chop them up and stuff them into a quiche, layer them on a sandwich, toss them with shaved cabbage for a salad, use them as a flavoring in pork meatballs. I’m eager to try spreading them atop pizza or focaccia.

This is the spirit of The Nimble Cook, which emphasizes ingredients and techniques more than recipes (though there are plenty of recipes to guide you along). Ronna’s goal is to give you building blocks, which when you have on hand, allow you to be nimble in the kitchen. Throughout the book, she offers lots of tips on how to prep foods so they are easier to cook when you are pressed for time. She also tells you how best to store the foods as well as how long the foods will last in that state. So helpful.

Highlights From The Nimble Cook:

That’s it! Braise some leeks! Boil some noodles! Toss them together! Call dinner done. 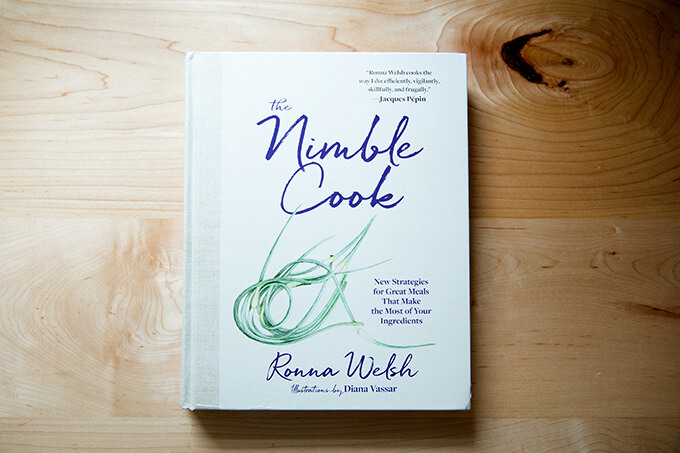 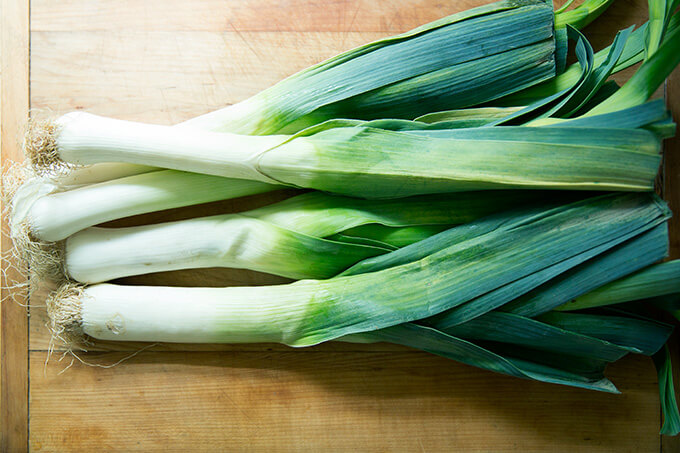 If you have the space, I can’t recommend enough this 20-qt bowl. For soaking greens and other produce from the farm share, the little bowls just don’t do the job. 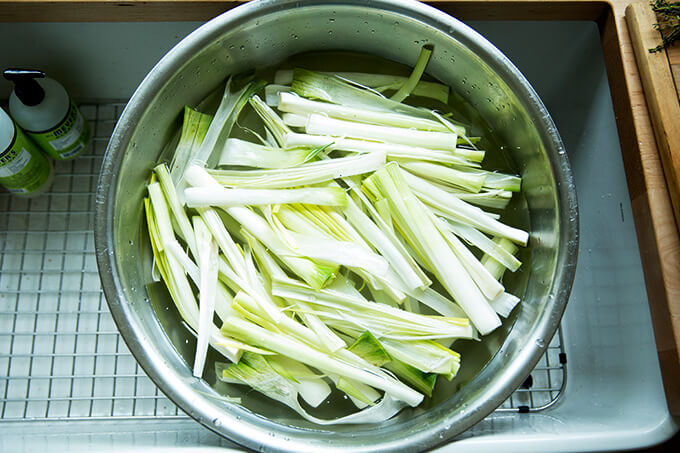 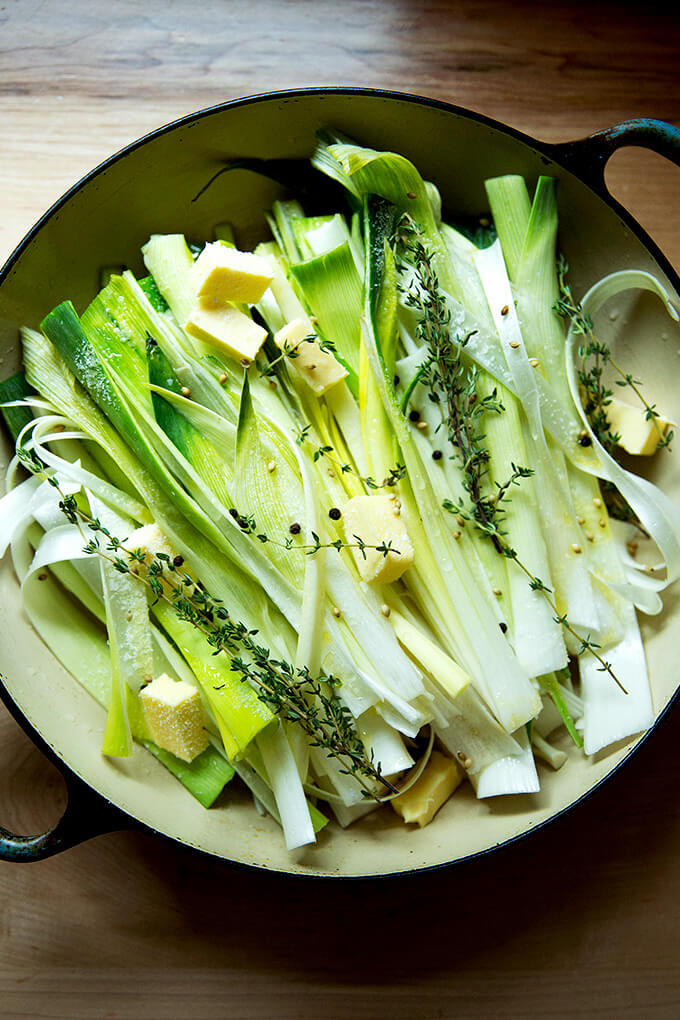 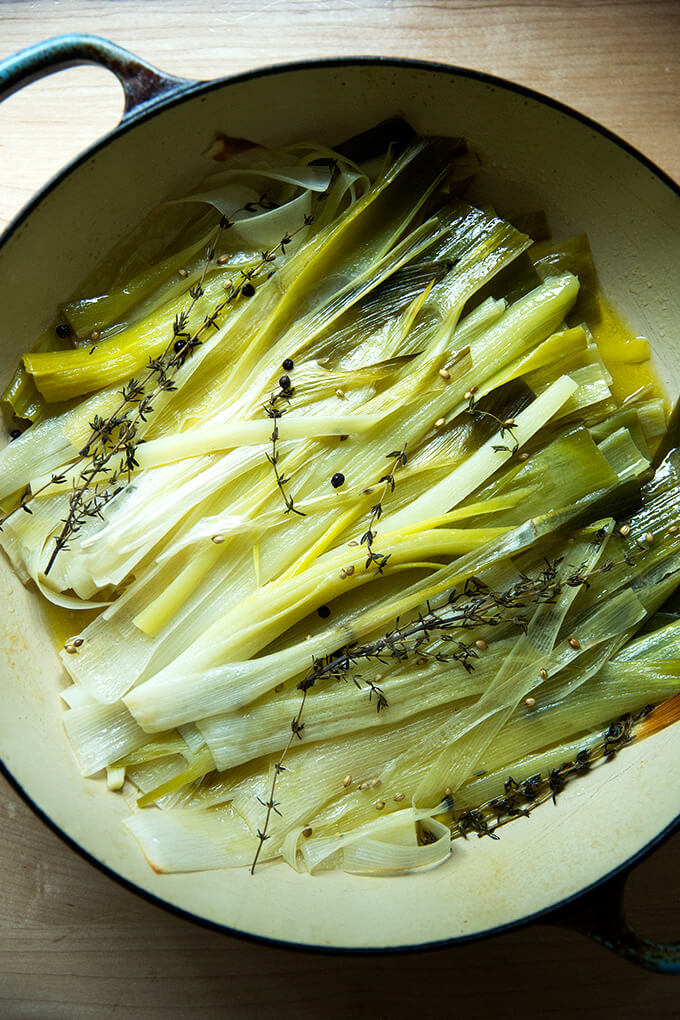 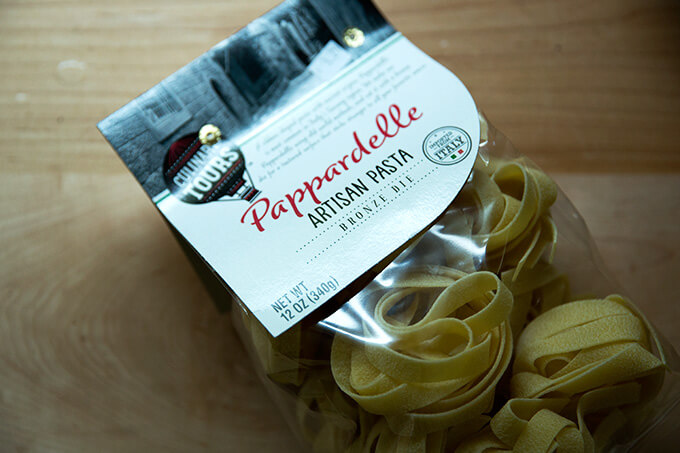 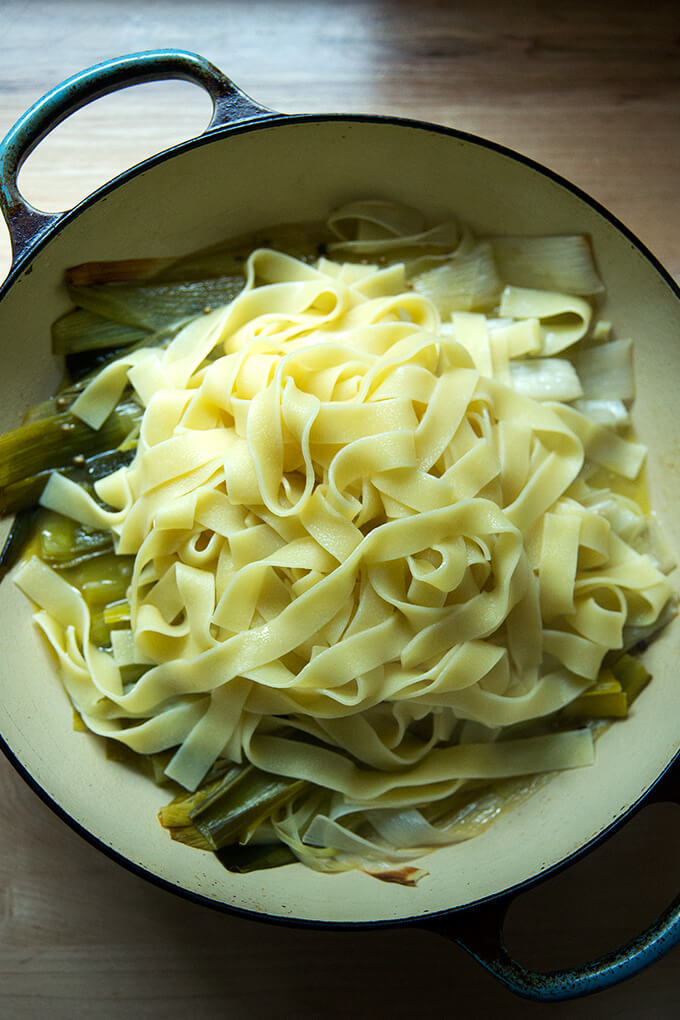 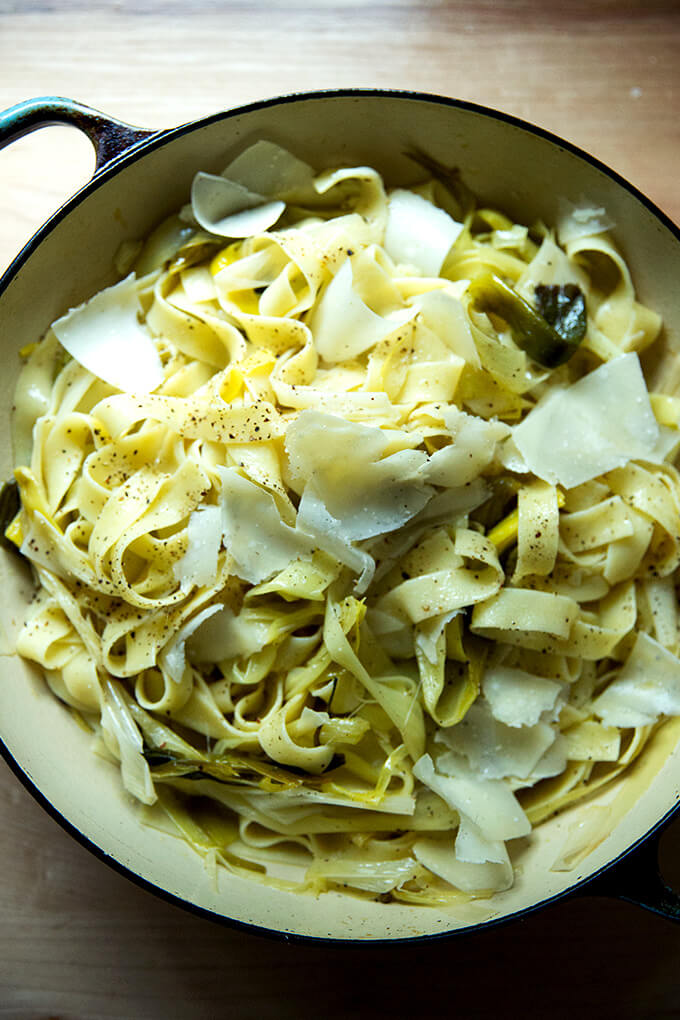 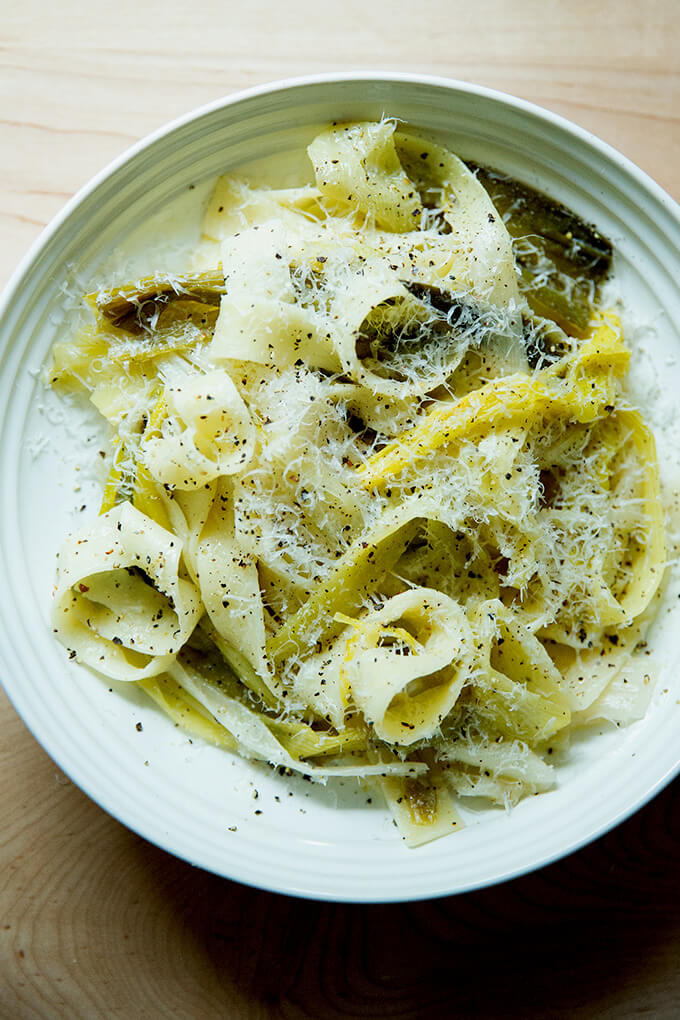 From Ronna Welsh’s The Nimble Cook

For the braised leeks: