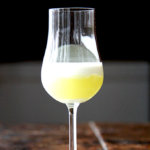 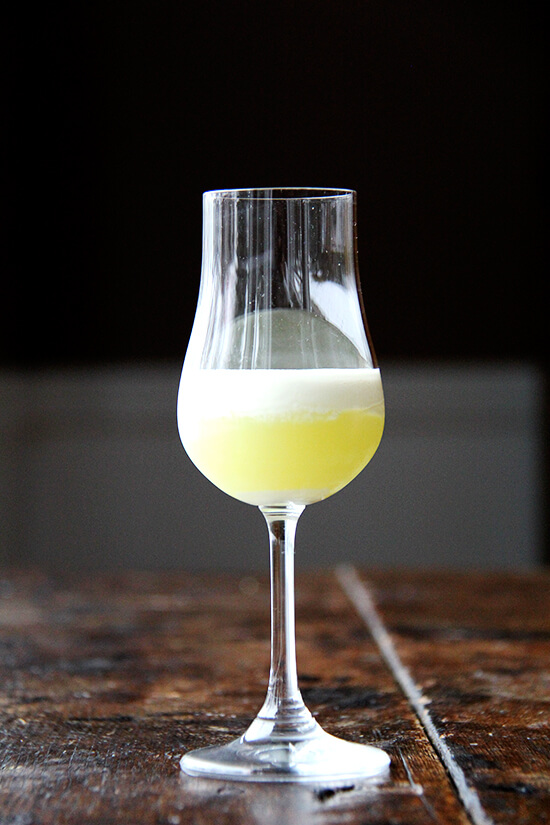 This homemade limoncello recipe hails from an Italian friend’s mother, Antonietta. It’s a two-phase process, so you’ll need to plan 3 to 4 days in advance, but the work is mostly hands off, and the recipe is incredibly simple. Homemade limoncello makes a great gift — it’s such a festive drink to have on hand during the holiday season. Top it with heavy cream and serve it after dinner. Cheers!

How to Make Homemade Limoncello

How easy is that? 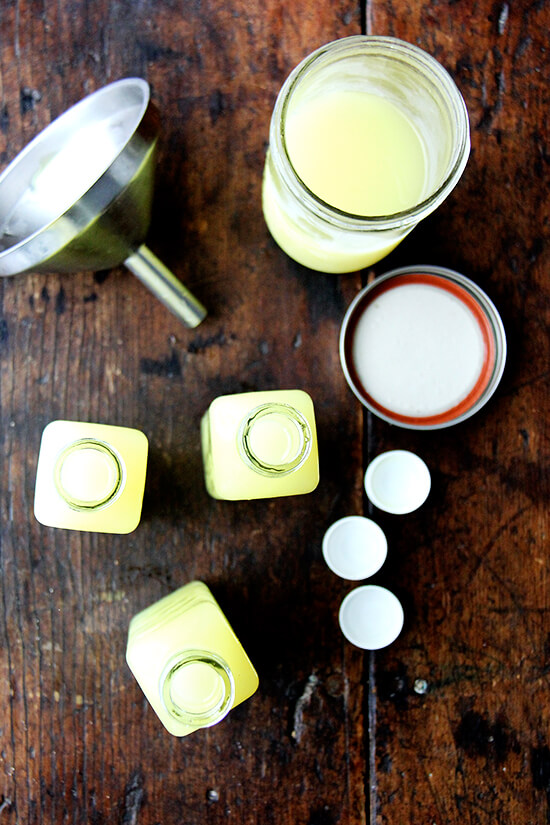 When my grandmother was alive, I learned to be careful with my words, especially when paying any compliments.

If I told her I liked her raincoat, five minutes later she would have snuck it into the trunk of my car. If I admired her olive bowl, I would later find it wrapped in paper tucked in my suitcase. If I spent too long thumbing through one of her cookbooks, it soon would be mine.

I was reminded of this feeling earlier this month when Ben and I spent the morning at our friend Jim’s mother’s house learning how to make prosciutto. Before we began, Antonietta showed us the cold room of her basement, where prosciutto, capicola and week-old sausages hung from the ceiling, homemade wine aging in carboys lined the perimeter, and Mason jars of homemade tomato sauce, roasted peppers and pickled vegetables filled a closet floor to ceiling.

I couldn’t help but ooh and aah at her work and her incredibly productive little workshop, and before I knew it, a care package had been assembled: a half-dozen links of sausage, jars of tomato sauce, a tub of dried apple slices, a few persimmons, and a baggie of homemade chocolate-almond candies Wren had taken a liking to. With arms full, we said goodbye but not before Antonietta had trimmed a few fresh bay leaves from a tree in her garage and tucked them into our pockets.

PS: If you’re making a ham for Christmas, don’t forget the ham sauce! 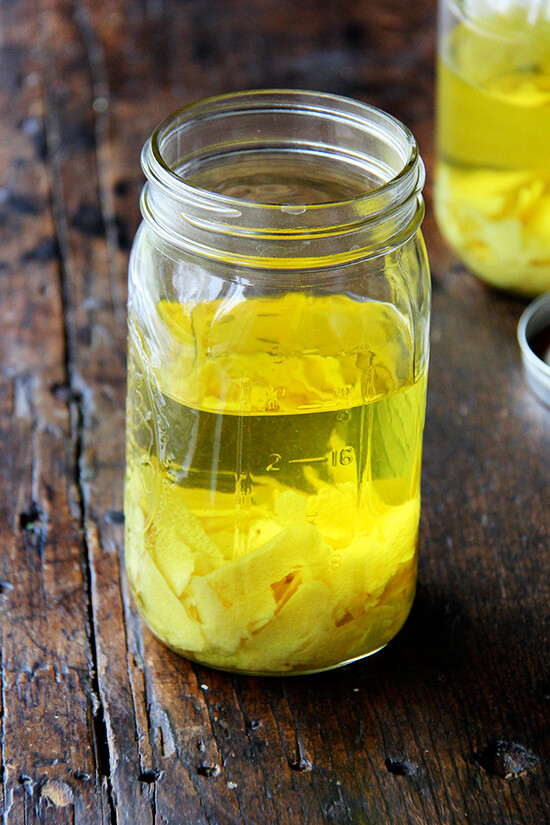 Strained zest — after three or four days, the zest petrifies in the alcohol: 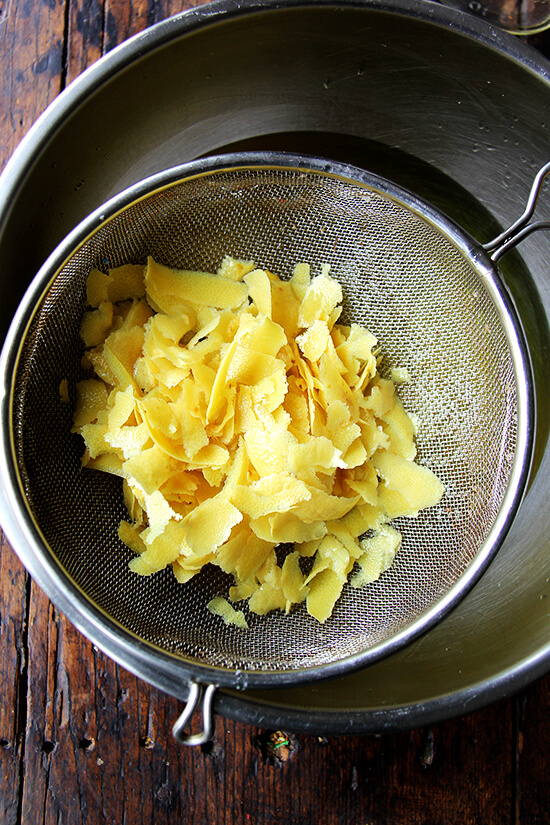 When the simple syrup is added to the zest-infused alcohol, the mixture instantly glows: 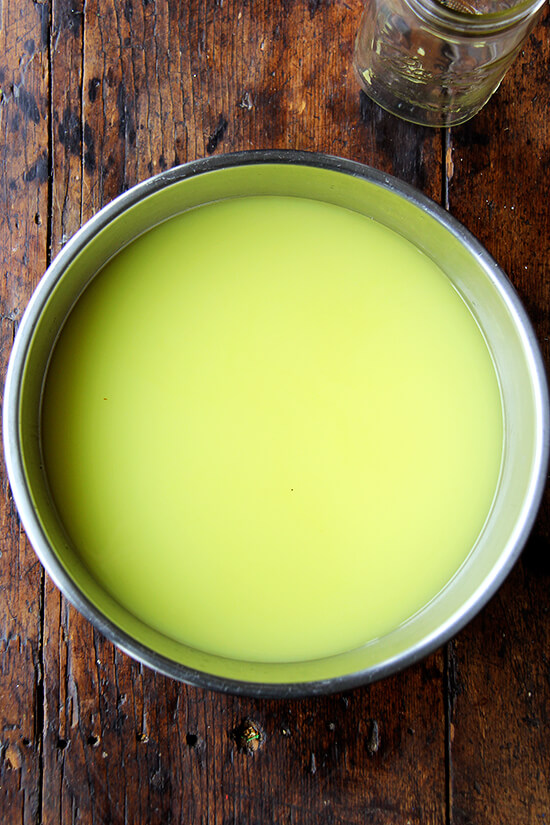 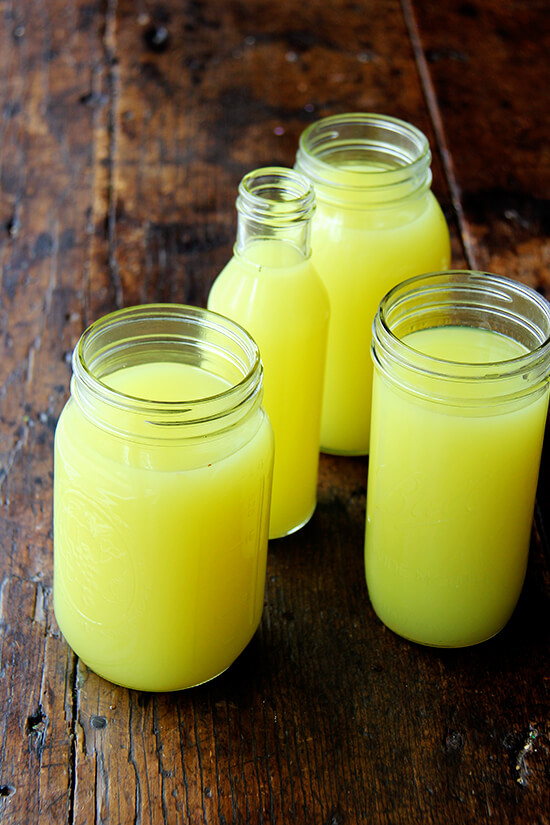 If you live in the area, Honest Weight Food Co-op in Albany sells these glass jars in a variety of sizes for a little over a dollar a piece: 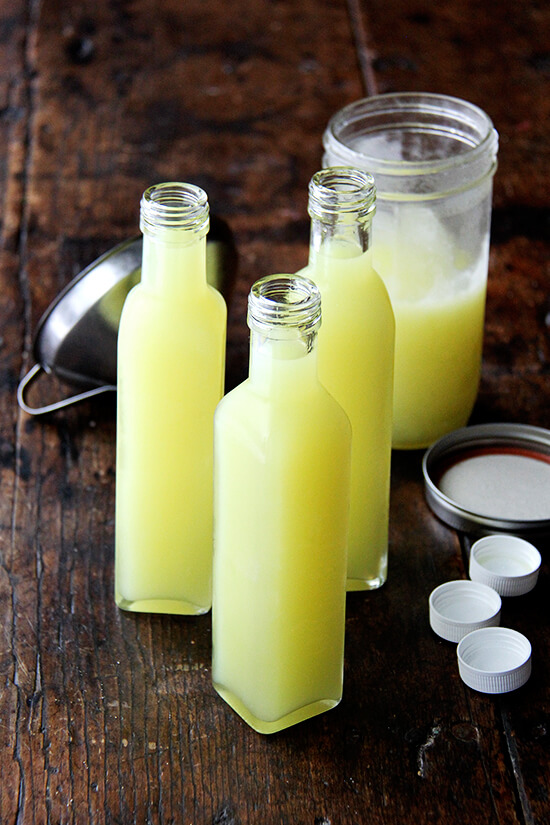 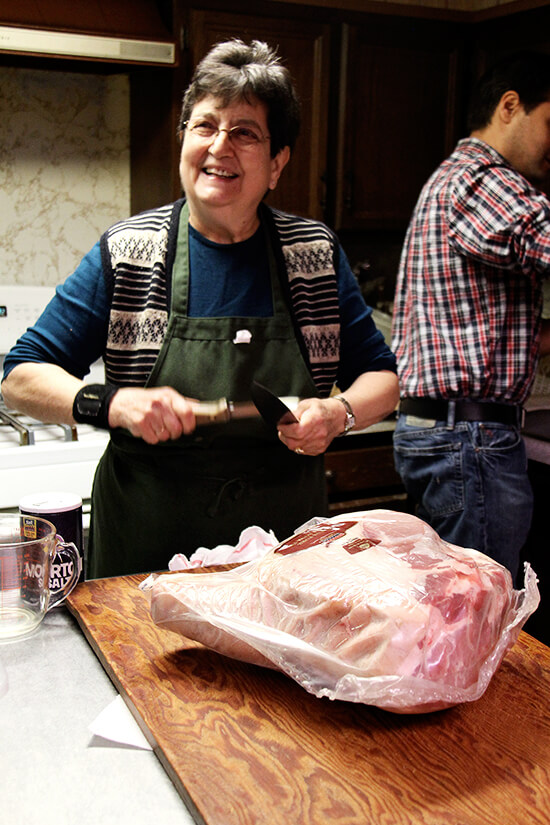 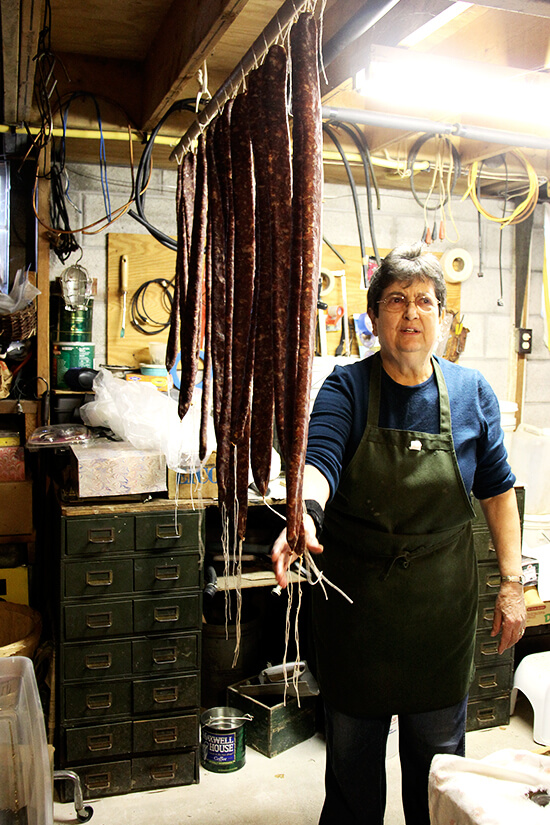 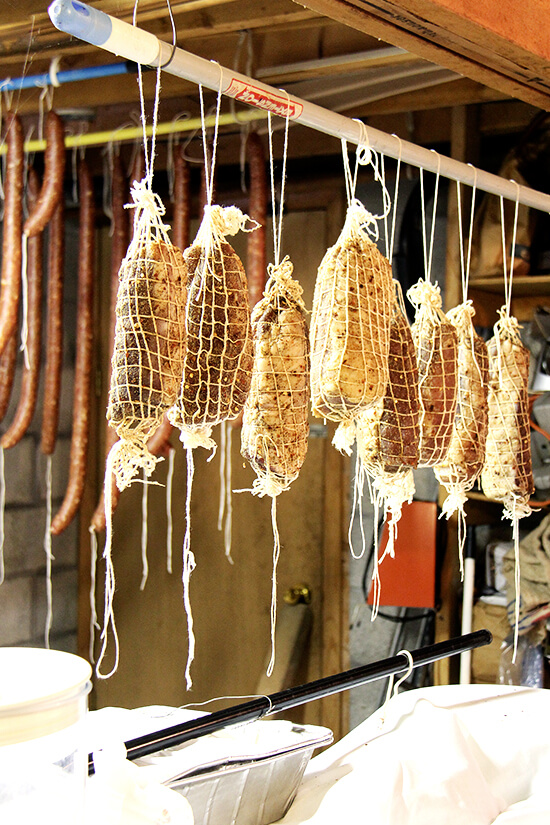 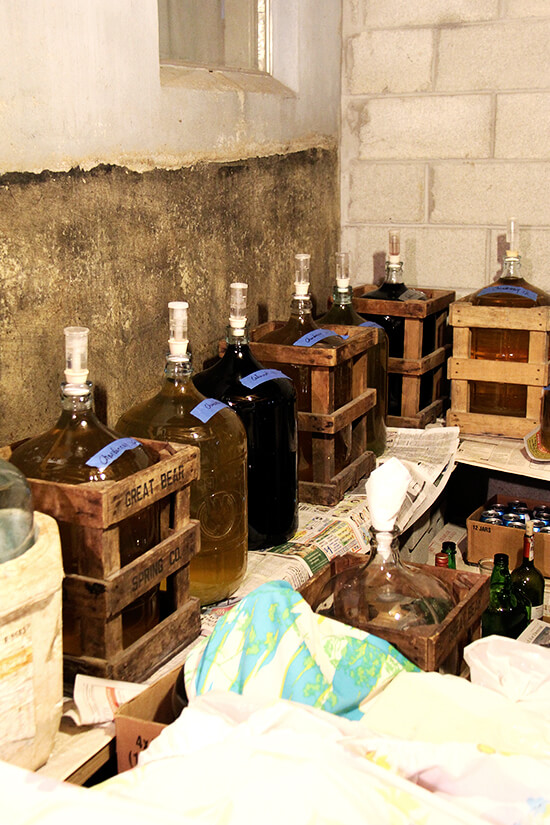 Note: Vodka or grain alcohol? I have used both. Vodka is less potent, less body warming, and more subtle in flavor than grain alcohol. Both work well, but my preference is vodka. Unfortunately, vodka doesn’t cause the finished limoncello to glow the way grain alcohol does.