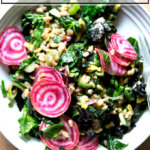 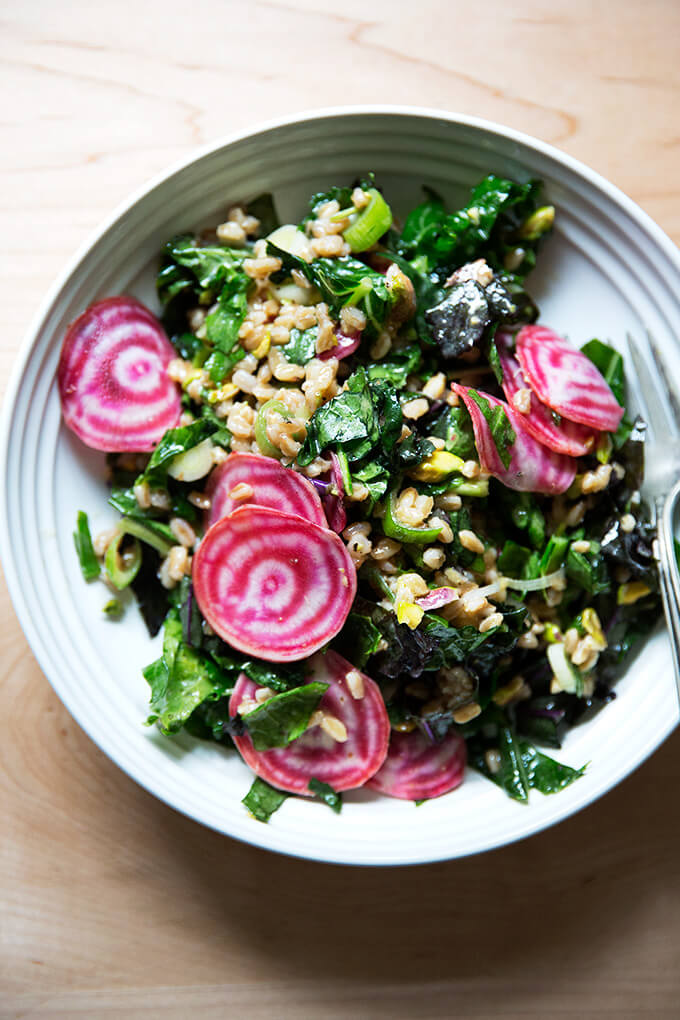 I have had this apple cider-cooked farro recipe in my to-make file ever since tearing it from the November 2014 Bon Appetit. The recipe notes mentioned the apple-cider-boiling technique hailed from Charlie Bird, a restaurant in NYC, which meant nothing to me, but which sounded interesting all the while.

Over the years, I’ve seen this farro salad pop up on various blogs and food sites, and when I read in Ina Garten’s latest book, Cook Like A Pro, that Melissa Clark had written about the salad it in The Times in December 2013, things started to make sense. Sometimes I feel I live under a rock.

In any case, this salad has many admirers, me now included. Like many grain salads, it is endlessly adaptable to tastes and preferences as well as to what’s in season. Unlike many grain salads, this one begins, as noted above, by cooking the farro in a well salted mix of apple cider and water. As the farro cooks, it absorbs the flavors of both the salt and the cider, and it emerges slightly sweet and very well seasoned.

Ina has made some tweaks of her own to the recipe, including having you dress the warm farro with the dressing, which perhaps maximizes absorption, and she ups the amount of lemon juice as well, which I think is nice. Given the season, I’ve omitted the tomatoes, and after spotting Chioggia beets at my little co-op, I used them, peeled and uncooked, in place of the radishes—they are so pretty! Other changes, such as adding dried currants plumped in vinegar (a Zuni Cafe move), are noted in the recipe below.

Ina says she could happily eat this salad for lunch every day. I would agree, adding that it makes a lovely dinner as well aside a bowl of soup with a hunk of bread on the side.

Here’s a play-by-play: Gather your ingredients. 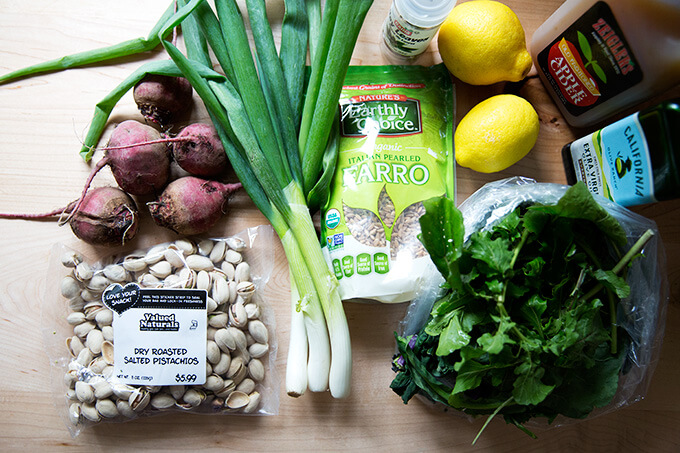 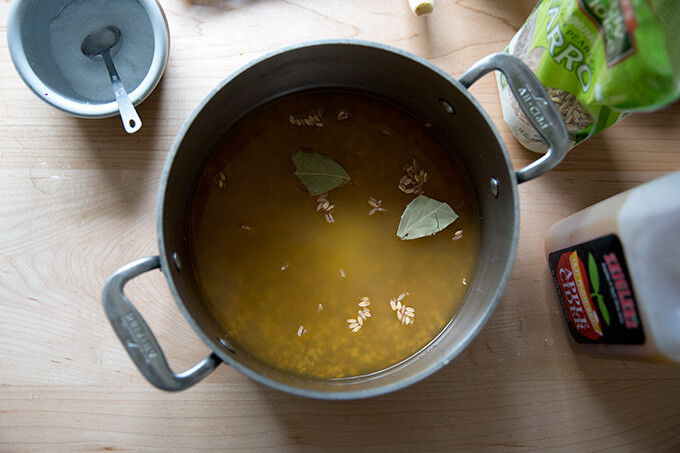 Cook 25 to 30 minutes or until the farro is done, adding more water as needed. 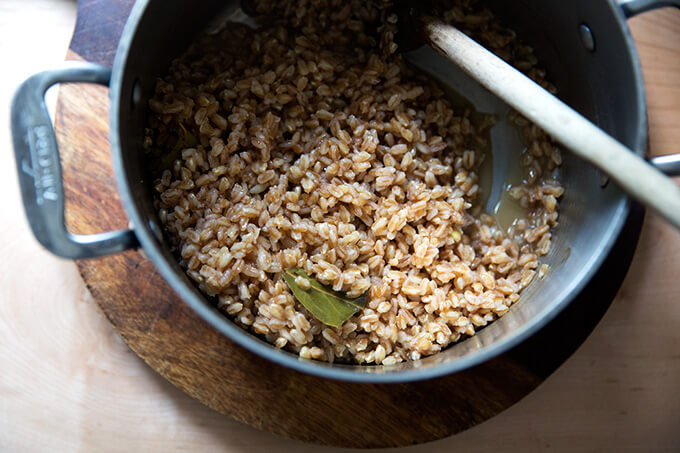 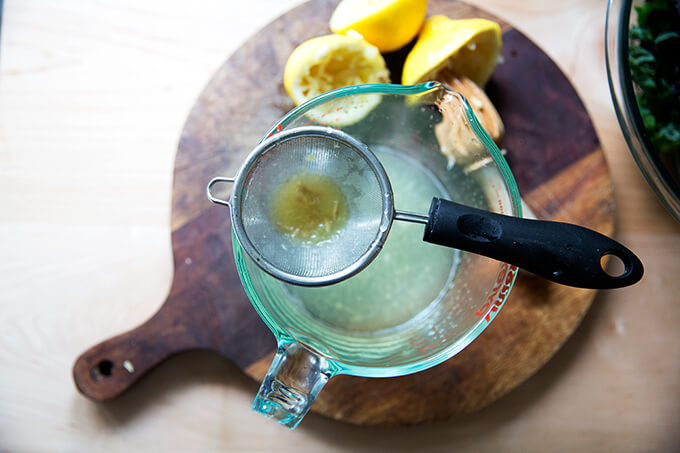 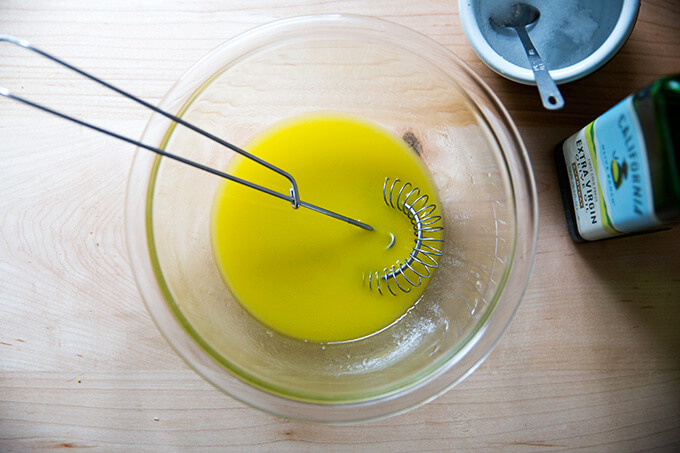 Toss the dressing with the warm farro and let it cool for at least 15 minutes. 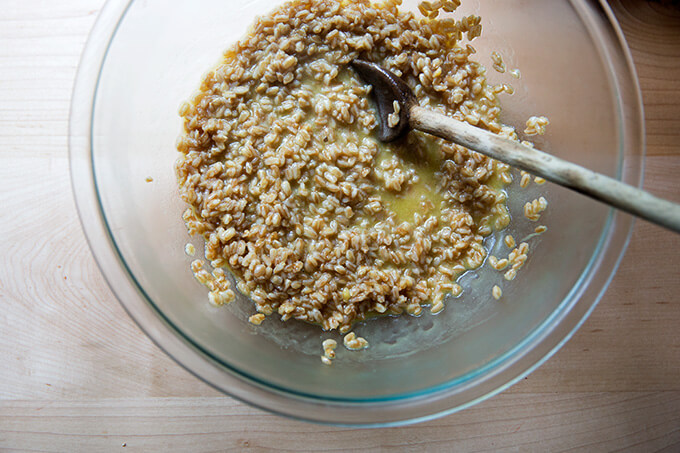 Meanwhile, peel and slice some beets or radishes. 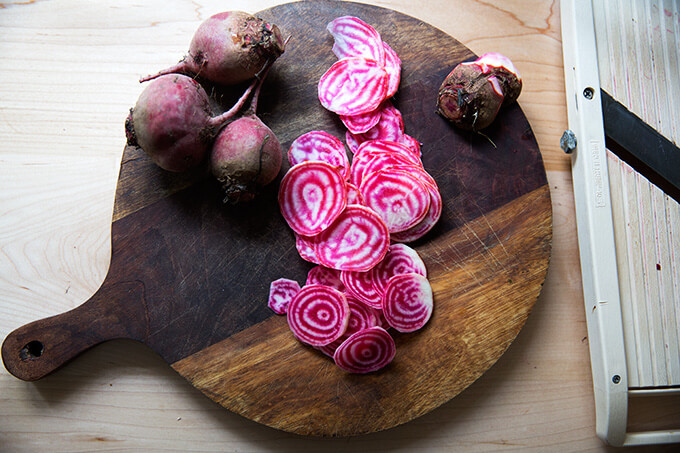 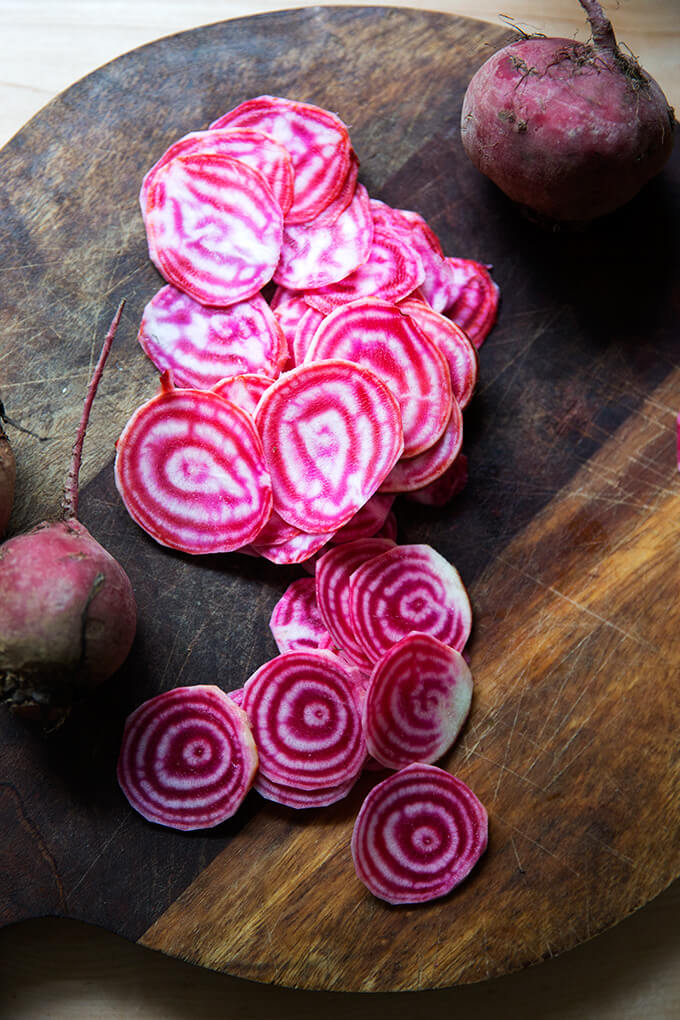 Pile your vegetables (arugula, scallions, herbs, beets — whatever you are using) and chopped pistachios into a large bowl. 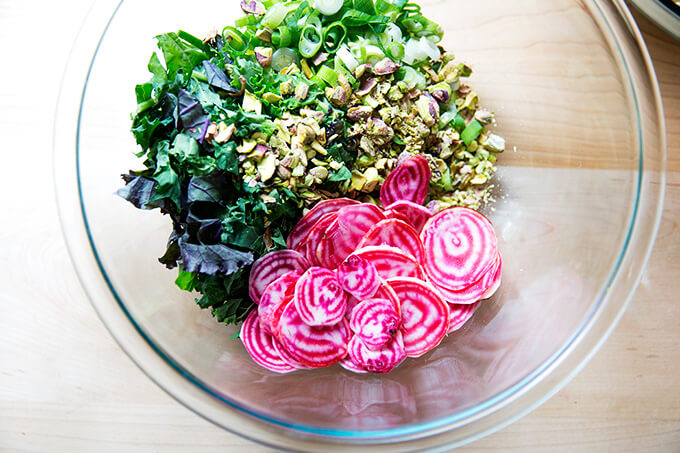 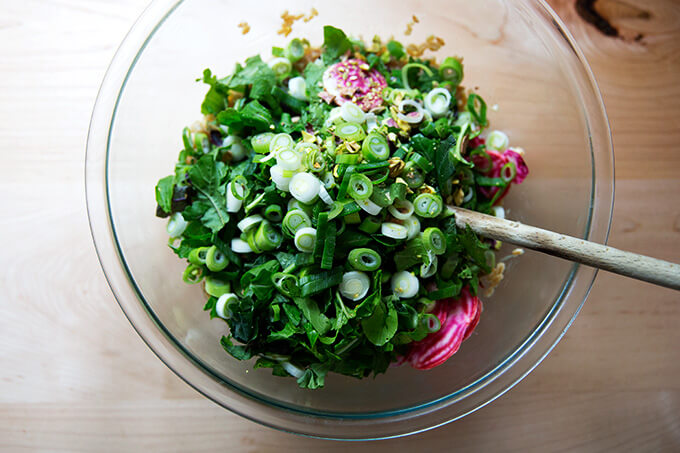 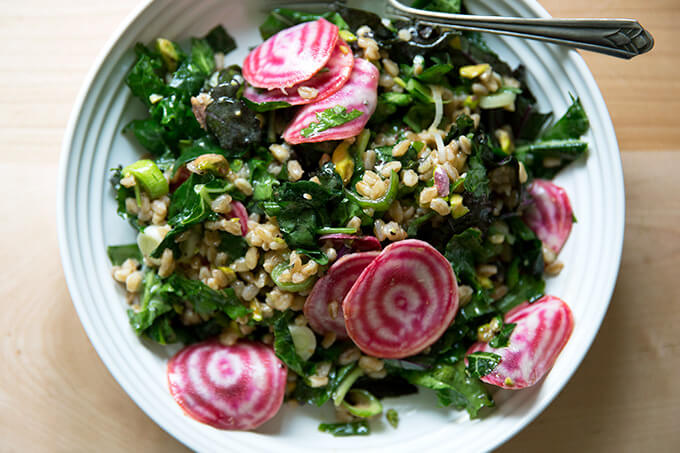 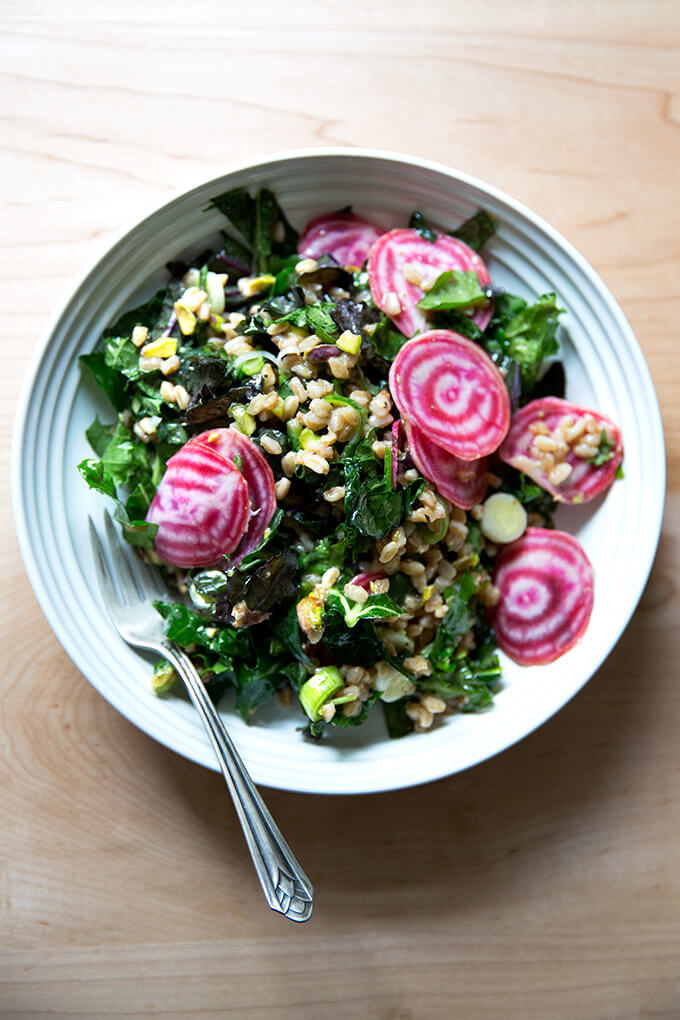 Melissa Clark popularized this recipe when she wrote about it in The Times in 2013. Ina Garten included an adaptation of the recipe in her latest book, Cook Like a Pro, and when I saw it in there, I had to make it immediately. It is as delicious as promised and endlessly adaptable. Here are a few changes I’ve made:

A few other notes: