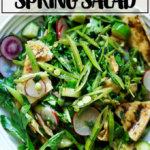 An attempt to make an authentic fattoush salad could easily send someone down the YouTube rabbit hole. I found myself nearly there a few weeks ago, when I remembered the exceptional fattoush salad my Lebanese friend Liliane made for lunch a few summers ago at her house.

It was simple, too: good tomatoes, cucumbers, and lettuce, good crispy pita bread, a simple dressing, a drizzle of pomegranate molasses, and a sprinkling of za’atar. I remember thinking: I could live on this salad.

The version featured here is not Liliane’s, but it includes many of the same elements. I bought the pita and pomegranate molasses from Nora’s Grocery in Albany, a spot Liliane has been encouraging me to visit for years. The shop in general is filled with goodies, but it’s worth the visit alone for the pita, which is flown in from Montreal every Thursday morning. (Incidentally, Nora, the owner, is as charming as ever, and I ended up walking away with a ball of her homemade cheese, a tub of her favorite labne, and a jar of rose jam, which Nora likes to eat with the labne spread across toast. More on this soon.)

Because tomatoes are not yet in season, I’ve altered the classic fattoush makeup, using slivered snap peas, radishes, and cucumbers instead, and I encourage you to do the same: use what vegetables you have on hand or that are currently in season.

If you stick to the basic fattoush formula: chopped fresh vegetables + lots of herbs + crispy pita + fattoush dressing, you’ll end up with something delicious no matter what. Let’s break down the fattoush elements:

I’ve adapted my favorite shallot vinaigrette recipe to include garlic as well as sumac and pomegranate molasses, two ingredients typically found in fattoush salads. Sumac is not in fact a spice, but rather the ground berry of a shrub. It lends a unique acidic and lemony flavor. Pomegranate molasses is reduced pomegranate juice. It is thick in texture, like a syrup, and its sweet-sharp flavor is not unlike a reduced balsamic vinegar. Most bottles you find will have the addition of sugar, too. I am really loving the Cortas brand Nora recommended.

Because I love white balsamic vinegar, I’m using it here, but some or all of it could be replaced by fresh squeezed lemon juice, which may be more traditional. Use what you like. The exact proportions are included in the recipe box below, but here are the elements:

Tomatoes and cucumbers are classic, but as noted above, use what is in season. Any of the below vegetables in any combination would be nice throughout the spring and summer.

Mint, for me, is essential, but any of the below herbs in any combination would be nice.

As noted above, this whole combination is not authentic, but authenticity is not the goal here. The sweet-sharp flavor of the pomegranate molasses along with the tart, lemony sumac in combination with all of the herbs and vegetables give this salad a brightness and liveliness that’s just irresistible.

After making the salad yesterday on Instagram Stories and posting the photo in my feed, I was so happy to see Liliane’s comment, which read: “The salad looks delicious and refreshing, which is what fattoush is all about.” Amen, Liliane. Amen.

This is the pita that is flown in from Montreal every Thursday morning to Nora’s. 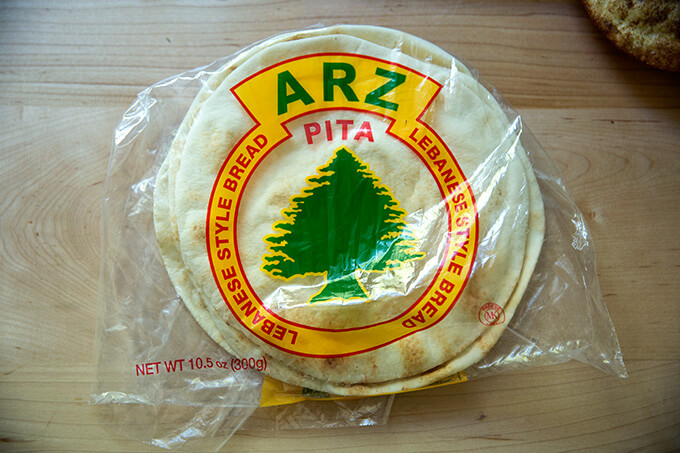 Brush it with olive oil, cumin, salt, and crushed red pepper flakes, if you wish. 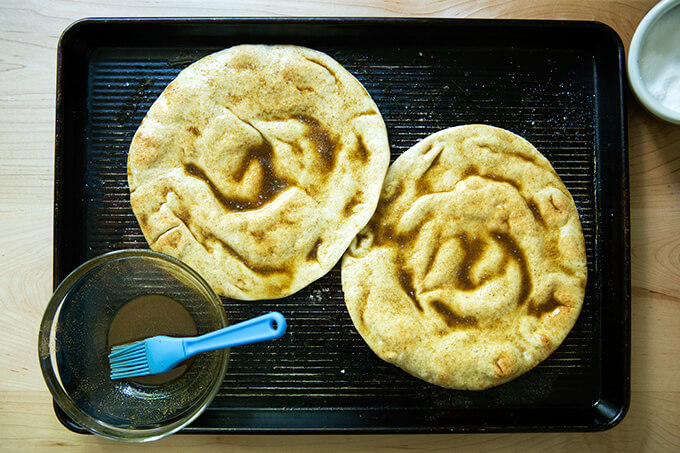 Crispy pita = so good. This fattoush salad experiment has sent me on a little homemade-pita chip bender. My kids like them brushed with olive oil and salt. If you cut the pita into wedges before you toast them, you could make chips that are really nice to serve with hummus. 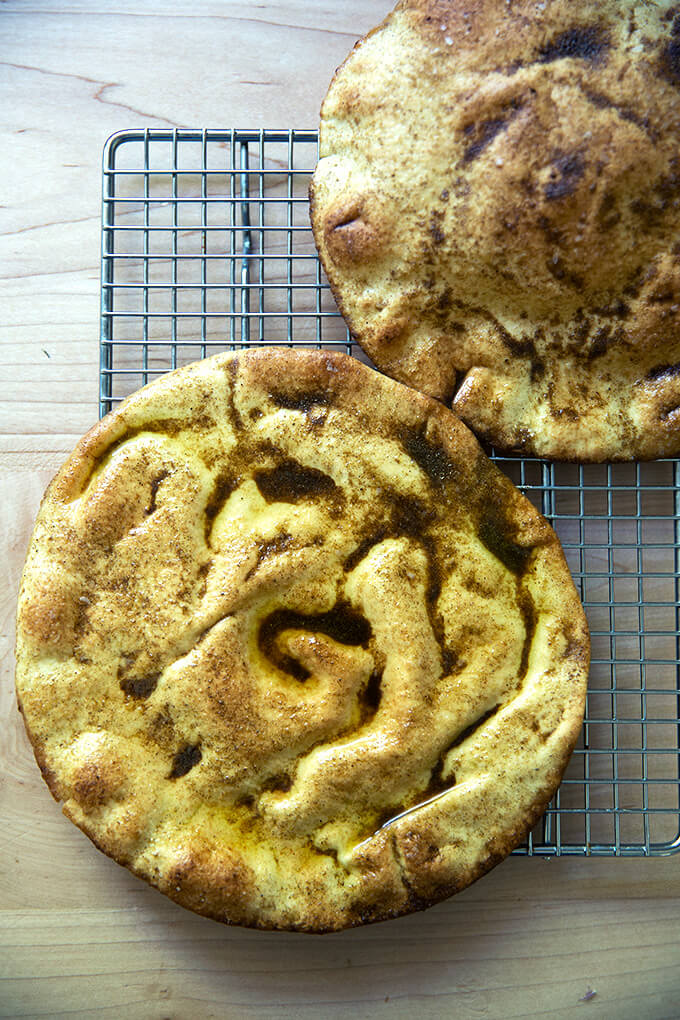 The two ingredients that give fattoush salad that unique sharpness and tartness: sumac and pomegranate molasses. 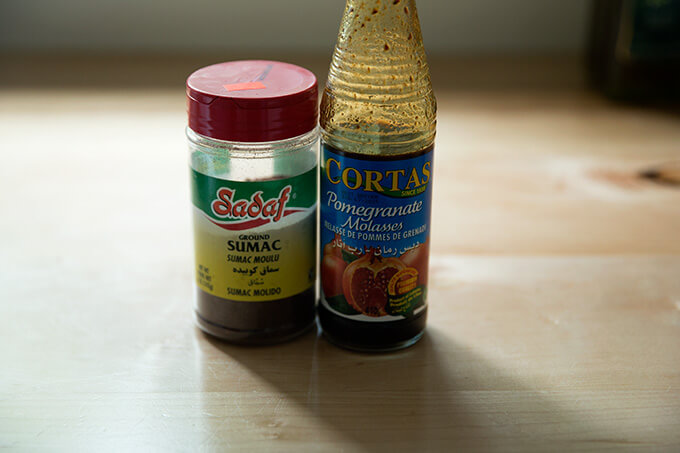 for the fattoush dressing: