Two Things Everyone Should Know 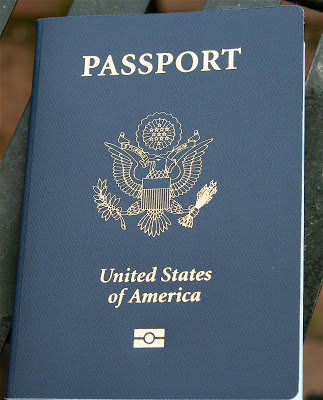 Last Friday, I hopped on a plane to Cabo. The Monday before I departed, I discovered my passport had expired in March. After sending a few freakout emails to friends, I began some constructive research on the Internet. For an average price of $200, I discovered, mail-in services will issue new passports within 24 hours. The legitimacy more than the price concerned me.

I searched further and learned that an alternative exists, though this option is more convenient for some than others: If you need a new passport within 14 days of travel, you must make an appointment at one of the 15 Regional Passport Agencies located across the country. One, lucky for me, happens to be in L.A. (From a wise source, I heard that Minnesotans, in a pinch, will fly to Chicago to take care of passport issues.)

For future reference, call 1-877-4USA-PPT (1-877-487-2778) to schedule an appointment. And the official Web site for passport matters is: www.travel.state.gov. The expedited services costs $135, but count on spending at least another $50 for food and entertainment while you wait for it to be issued. 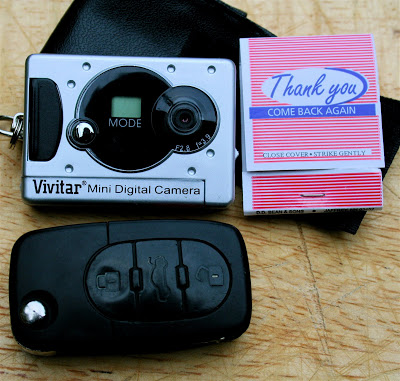 2. Digital cameras costing only $9.99 can be purchased at drugstores. And, these cameras come with a little carrying case, a cd and a USB cord. You can judge the quality of the pictures for yourself: Why would anyone purchase such a camera? Well, last Wednesday, I suddenly found myself in L.A. with five hours to kill. (After I waited in line, filled out the paperwork and turned in all of my documents, I was told to return at 3:00 p.m. to retrieve my little blue book.) The passport agency, I soon discovered, is located just blocks away from the heart of Westwood and UCLA. And before I knew it, I had stumbled into a Pinkberry.

I have heard so much about Pinkberry. I remember reading a NYTimes article about lines of devoted customers extending around the block of the West Hollywood shop. The green-tea flavor sounded exotic, and all of the fruit toppings, fresh and healthy*.

Upon seeing the shop, I became overwhelmed with emotions: excitement, because I had wanted to sample the “swirly goodness” for years; sadness, because I had left my camera at home and would have no way of documenting the moment.

It was 10:00 a.m. when I spotted the shop. I needed to work up a little bit of an appetite, so I walked around UCLA — which is beautiful! — and then up and down the streets of Westwood. I made several phone calls, one to my mother, who suggested I check out a drugstore for a disposable digital camera. She’s so smart! CVS had just the device I needed. And, it’s not even disposable, though I still haven’t figured out how to erase the 20 pictures I have taken.

As you can see, I’m still learning how to center the subject of the photos: *Recent reports have disclosed that Pinkberry yogurt is not the all-natural wonder once believed, which might explain the absence of any sort of a line when I arrived at the shop. And, though I had a blast tasting it, I’m not sure it deserves all the attention it has received.