To say that the move north — from the weeks of packing to the two-day drive to the week of unpacking — has taken a toll on the children’s diet would be an understatement. There has been too much takeout, too many salty snacks, too many drive-thru visits. And I fear there has been irreparable damage: A few days ago when I pointed to a bunch of carrots in one of Graham’s favorite books, he, with complete confidence, identified them as, “hotdogs.”

Oiy. In this season of vegetable bounty, there is no excuse. I immediately set to work making a pasta sauce — sauce counts as a vegetable, right? — I learned years ago from The Tra Vigne Cookbook, a recipe Michael Chiarello learned from Jacques Pèpin. In the book, Chiarello pairs the sauce with stuffed chicken thighs and notes that any leftover sauce can be used to poach fish roulades, no doubt a suggestion made by Pèpin.

There are three distinct phases that occur when making this sauce, and once you can identify them, you’ll never need to refer to this recipe again:

After this transformation, which takes about 25 minutes, into the blender go the vegetables along with a handful of basil, a dab of butter and a drizzling of olive oil. Whizzed into a light orange purée, the finished sauce can be used on anything from pizza to eggplant involtini to simple shells garnished with shaved Pecorino, a dish adored by picky children and agreeable adults alike.

To me this sauce is the essence of summer, and while I can’t promise it will work miracles on your toddler’s vocabulary, it might help make strides. Last night, when I pointed to a tomato in the same favorite book, Graham exclaimed, “Apple!” I’ve never been so proud.

Finally, I just want to thank you all so much for your kind words in regard to the last post. Also, we, or Ben I should say, added another panel of pegboard to one of our kitchen walls. While it is a relatively simple project, I wrote up a rough how-to guide in case any of you are interested and need a little direction: 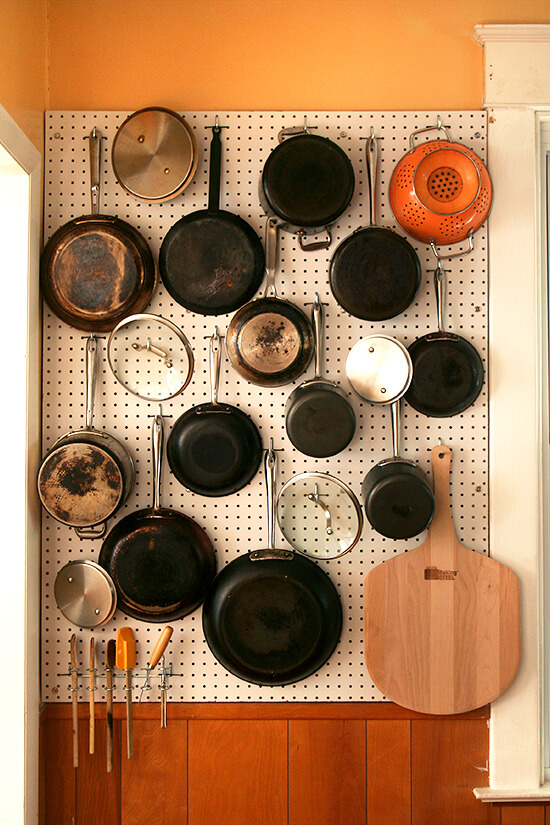 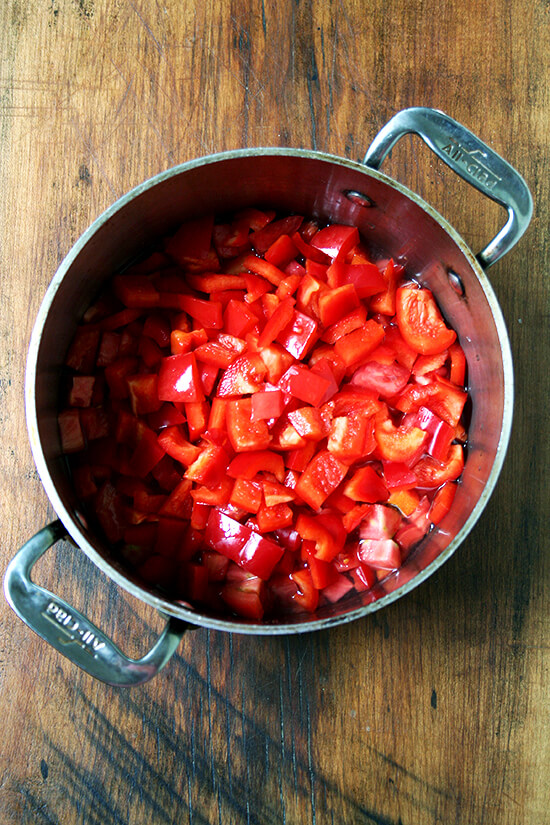 After about 25 minutes of simmering, the sauce will start looking like this. It’s almost ready for the blender at this point: 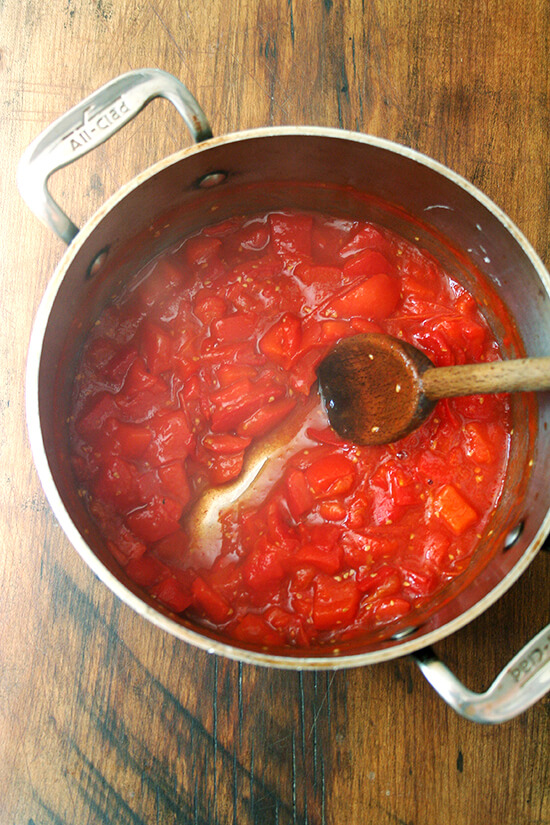 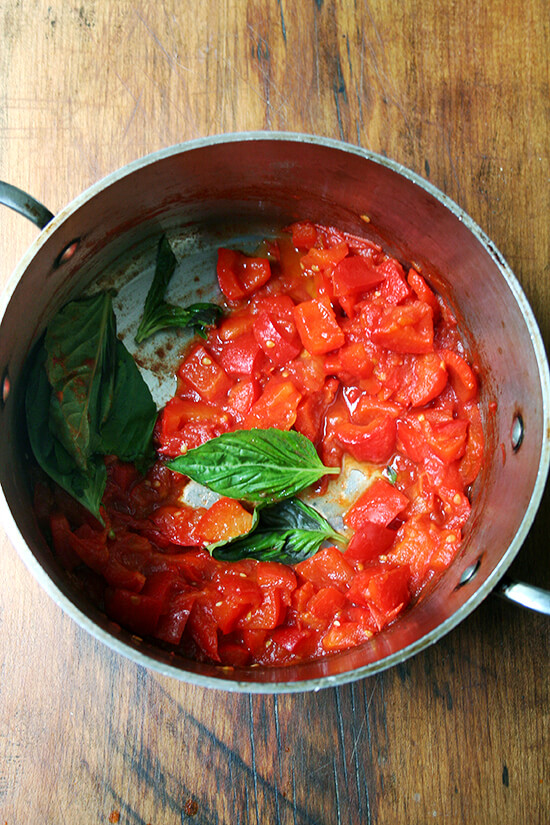 Inspired by a red pepper tomato sauce in The Tra Vigne Cookbook, the book that introduced me to summer squash spaghetti, another favorite recipe this time of year.