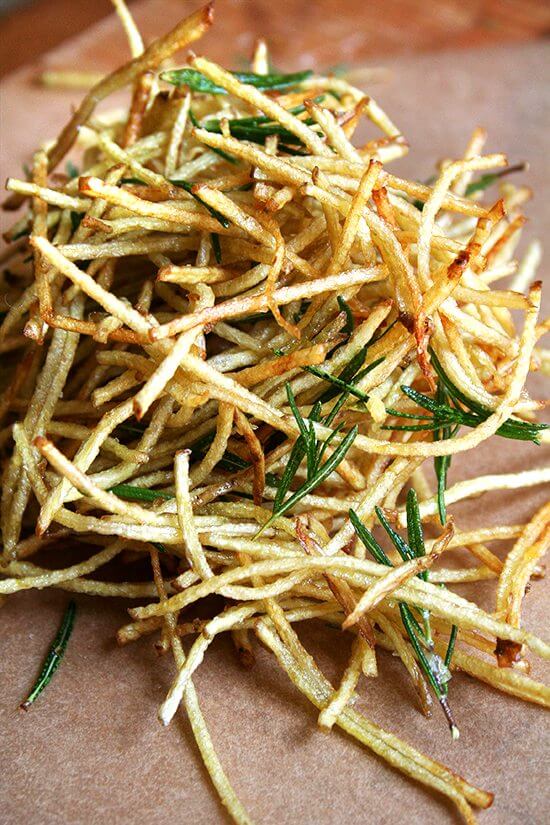 Lemon sugar revolutionized baking for me. Lemon salt promises to do the same for everything else. Though my use of this flavored salt extends to this single recipe — “straw potatoes” seasoned with lemon salt (thanks to April Bloomfield) and fried with rosemary (thanks to Jamie Oliver) — the possibilities are endless. Salt might just become lemon salt from here on out.

I know deep frying can be intimidating — vats of hot oil are never fun — and somewhat wasteful — even small-batch frying requires a fair amount of oil — and smelly — your kitchen (house?) inevitably will smell of fast-food — but sometimes these sorts of annoyances are worth the trouble. This is one such case. You won’t be disappointed. I promise. 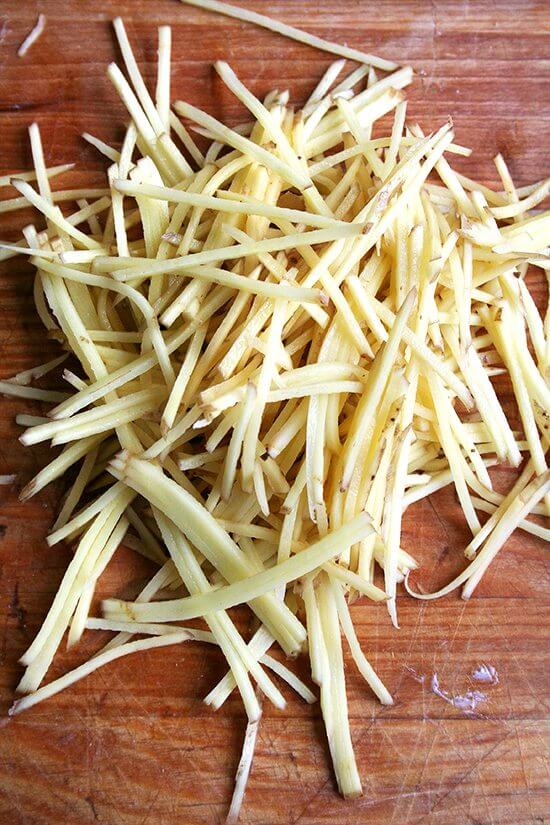 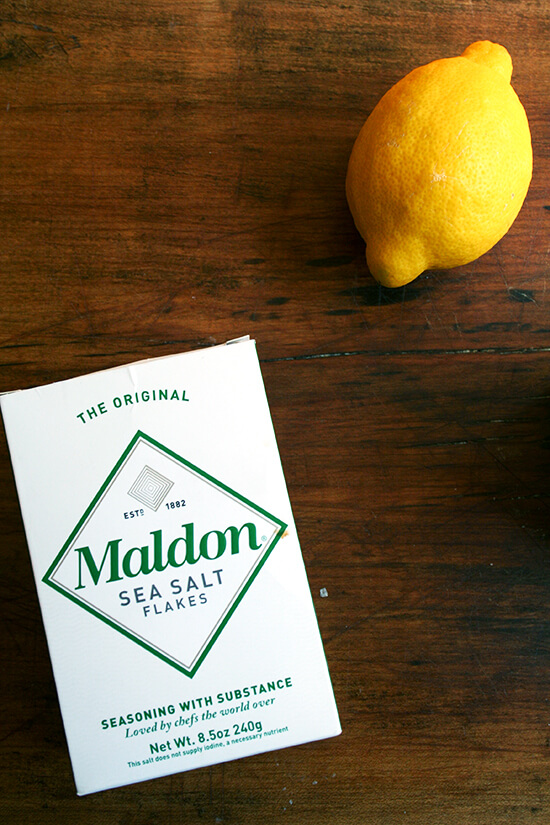 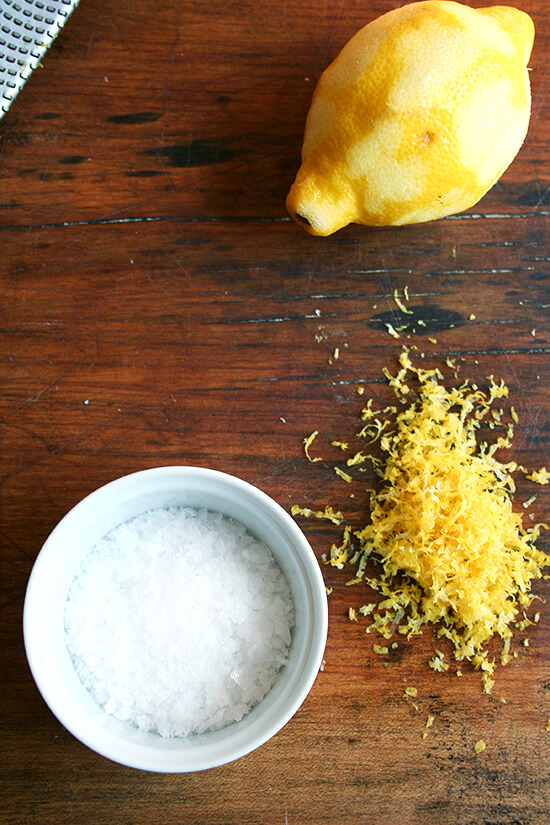 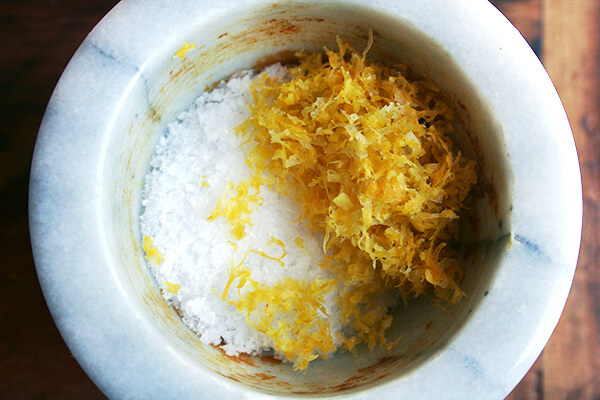 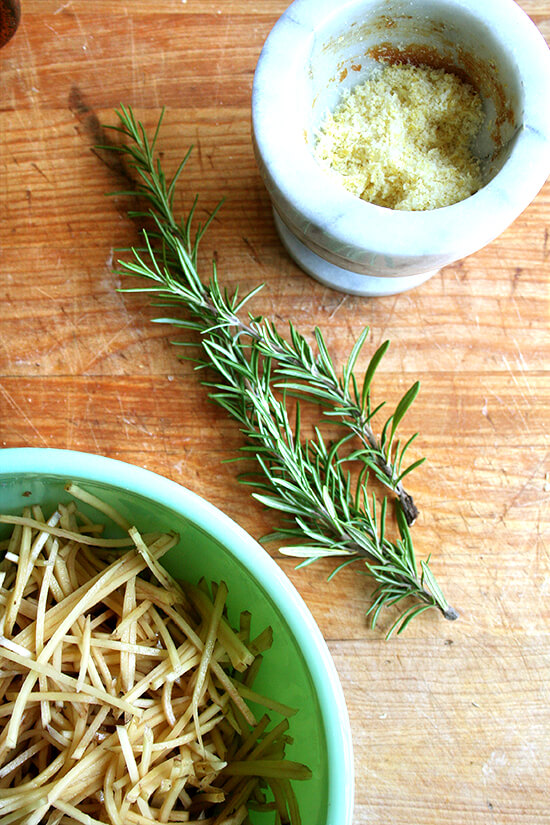 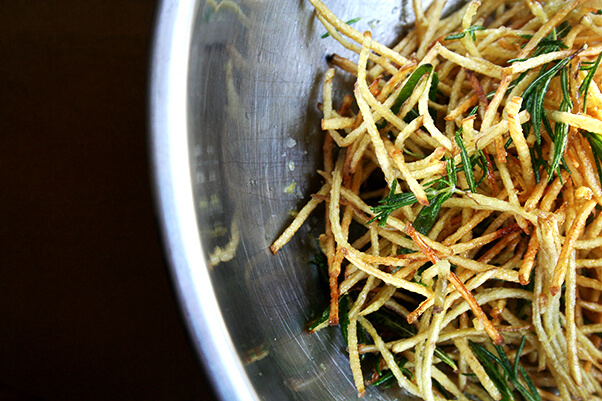 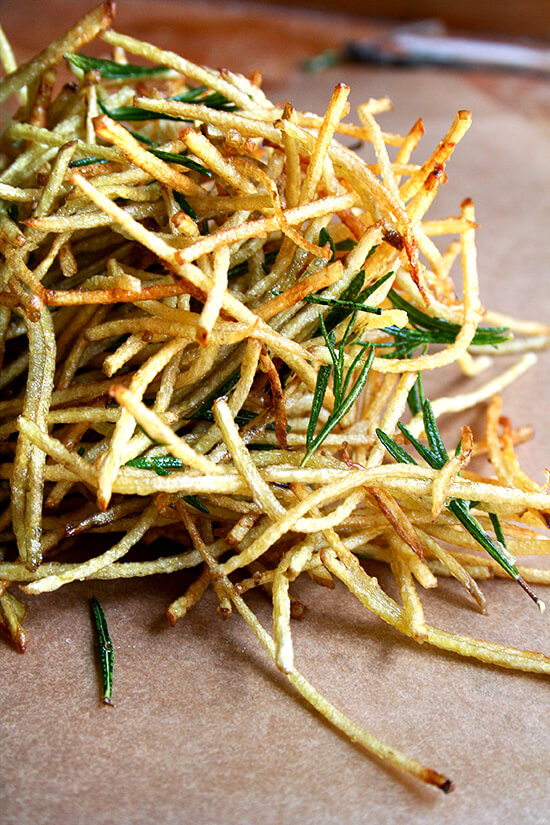 • This recipe requires a mandoline — the fine shape of the julienned potato allows them to fry up first time around (as opposed to thick-cut fries, which require a double fry) — and calls for deep frying.
• When deep frying, be very careful. Use a pot with high sides to be safe, and make sure the oil is not filled as far as half-way up the sides — two or three inches should do.
• Fry in small batches: If you add too many potatoes to the hot oil, the oil will bubble over the side of the pan and creep along your stove top, creating a huge mess and posing a serious danger to you and anyone crawling around your floor. Too many potatoes at one time, too, will bring the temperature of the oil down, which will cause the potatoes to take longer to cook also making them soggy in the process.

for the lemon salt:

* The potatoes can be julienned in advance — about an hour or so — before they start turning slightly brown. A little brown is OK, but too much brown is probably not a good idea. Storing the potatoes in water will prevent browning, but you also must dry the potatoes very well before you start frying, which is kind of a pain. 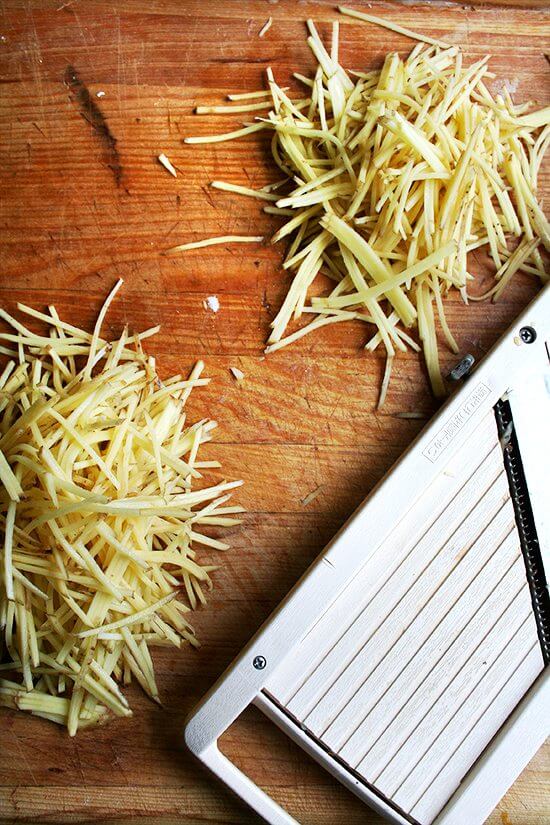