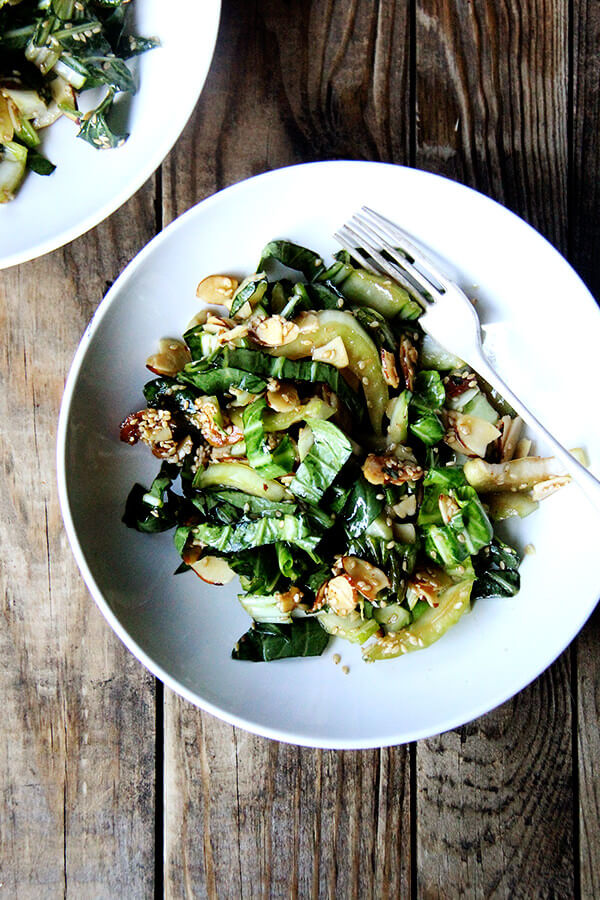 Last summer I learned that Swiss chard, like kale, can be eaten raw and is especially delicious with a lemony dressing and toasted garlic breadcrumbs.

You would think this revelation would have opened my mind and inspired experiments with other greens I had assigned to the cook-only category. It did somewhat — mustard greens and broccoli rabe, I learned, do well with that same treatment — but these discoveries were not enough to reform me completely.

On Sunday, for instance, my friend emailed me her “tried-and-true” bok choy salad recipe, and I couldn’t help but think: Shouldn’t bok choy be cooked?

It turns out bok choy makes an excellent salad, its crunchy stalks and sturdy leaves capable of enduring a bold, salty-sweet dressing. A slightly sweet dressing, in fact, is just what slightly bitter bok choy needs. My particular head of bok choy — the largest I had ever seen with tough greens begging to be braised and big, watery stalks — brightened under this assertive dressing. The whole salad, moreover, kept well in the fridge.

The most fun part about this recipe, however, is the sesame-almond crunch, a mix of melted sugar, toasted almonds and sesame seeds, that comes together in a flash and disappears about as quickly. Warning: Do not in an effort, say, to get a jumpstart on dinner make the crunch ahead of time. It will not, I promise, last five minutes. 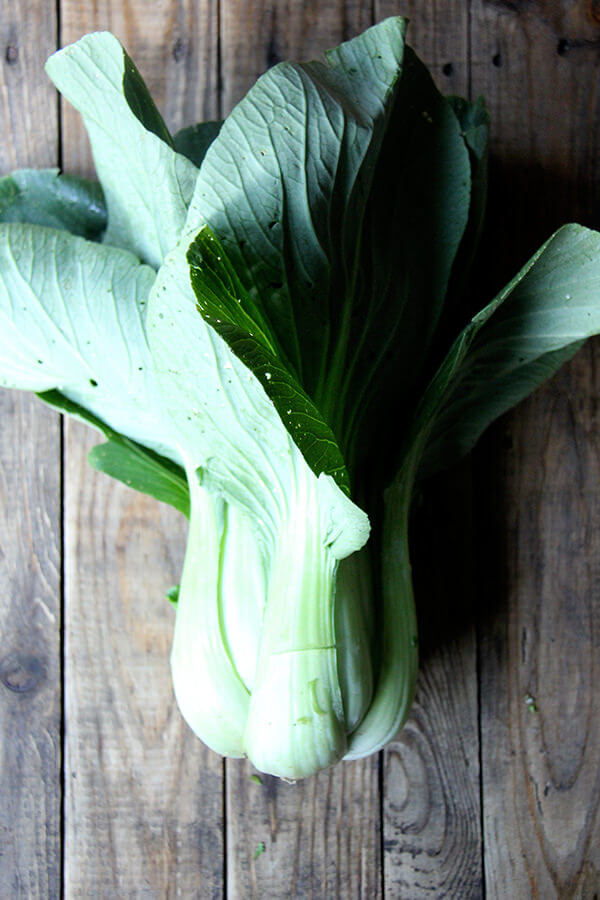 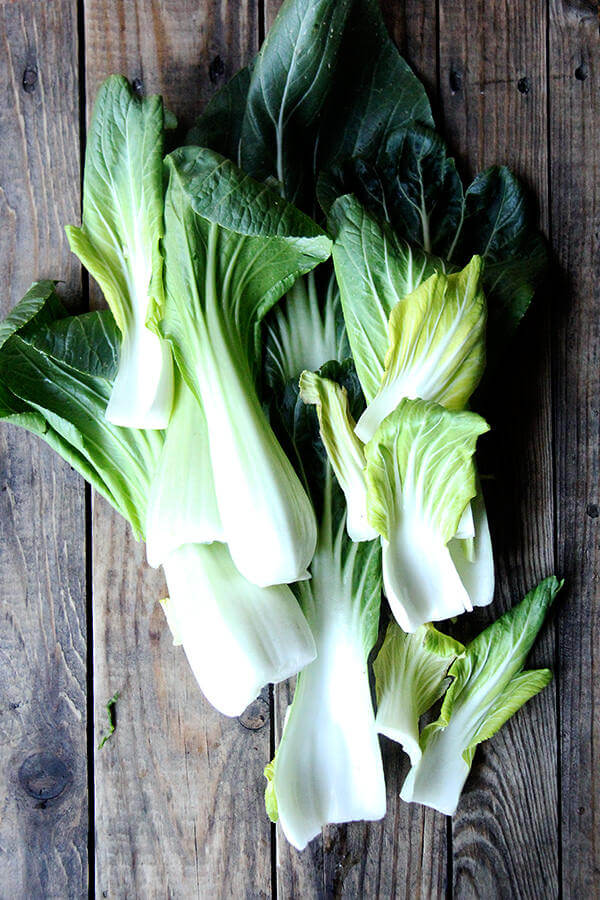 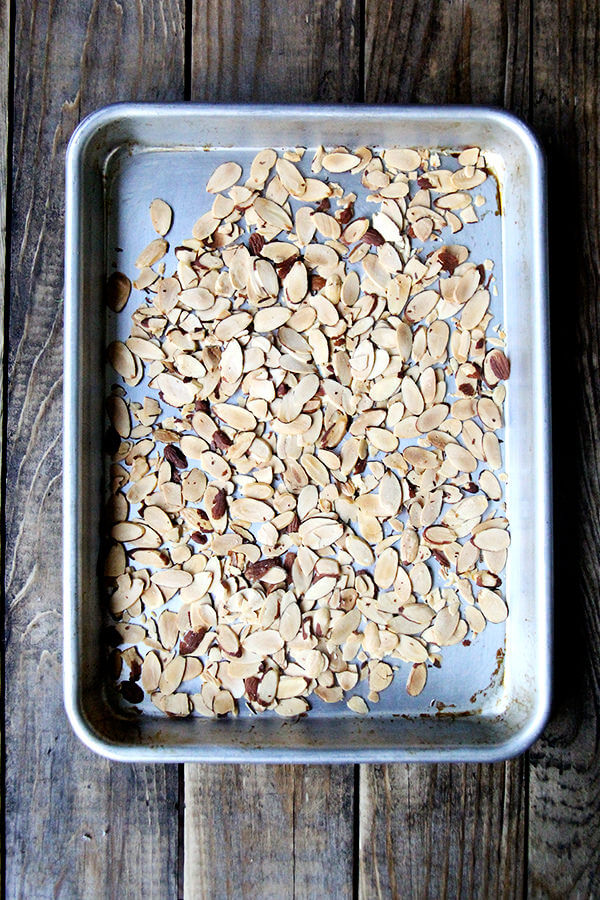 When the sugar looks like this, add the almonds and sesame seeds: 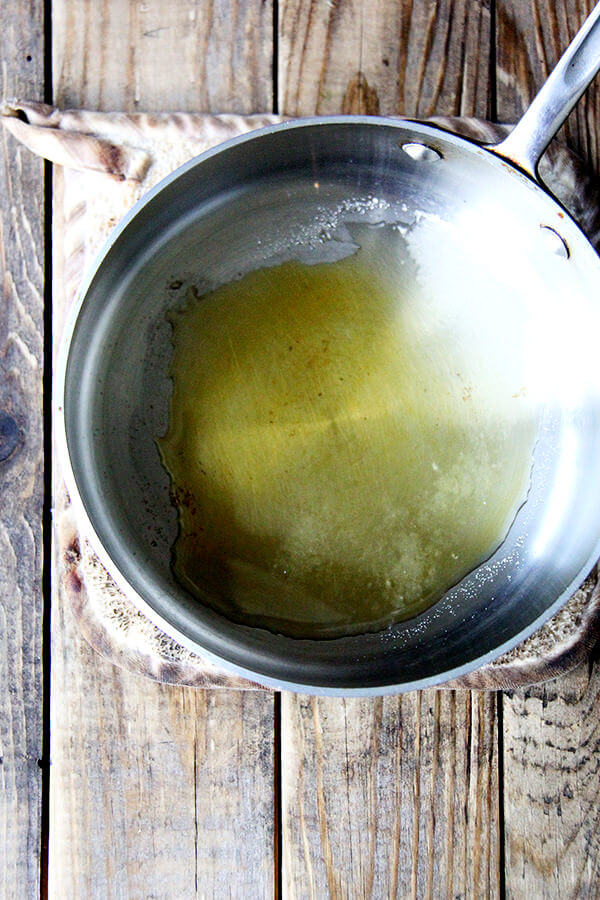 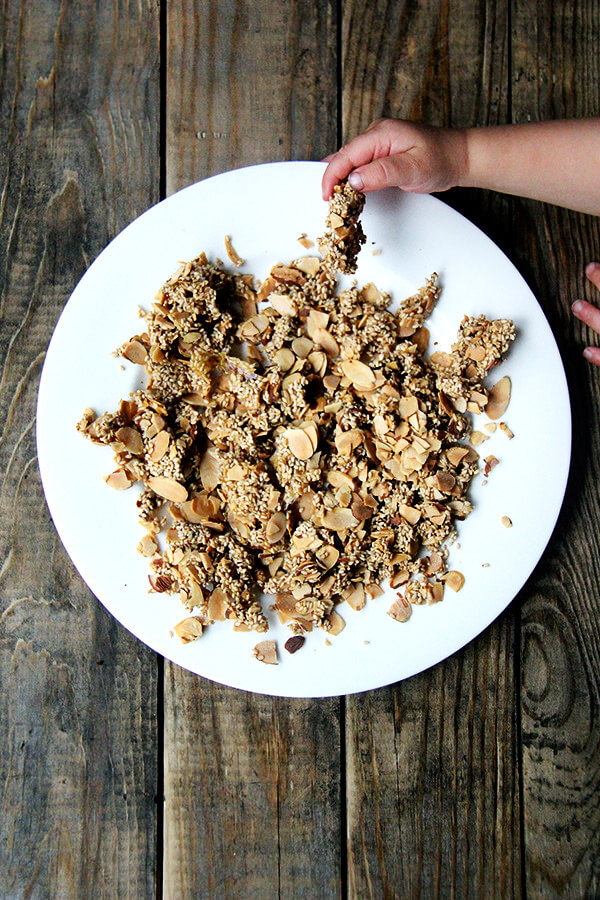 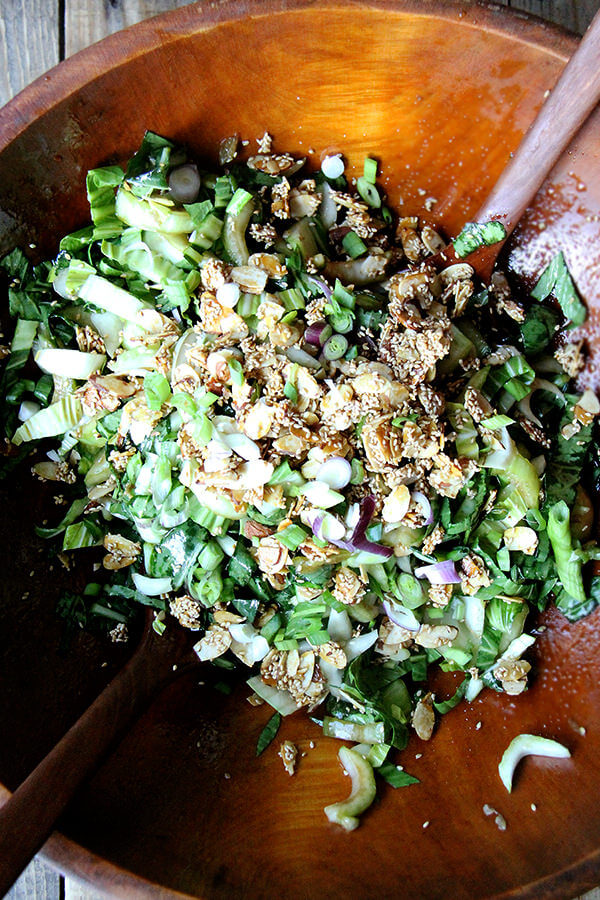 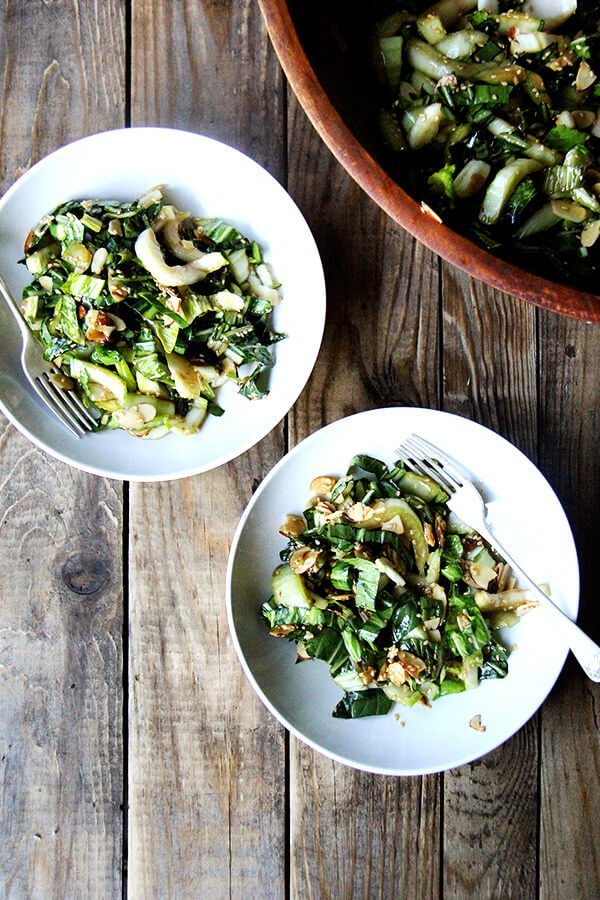 Source: Charlene from Table of Gratitude My bok choy was really dirty, so I cut off the very end, separated the leaves, chopped them into ½-inch pieces and let them soak in a bowl of cold water till the dirt settled. Some of the pieces were still dirty and required some rubbing.