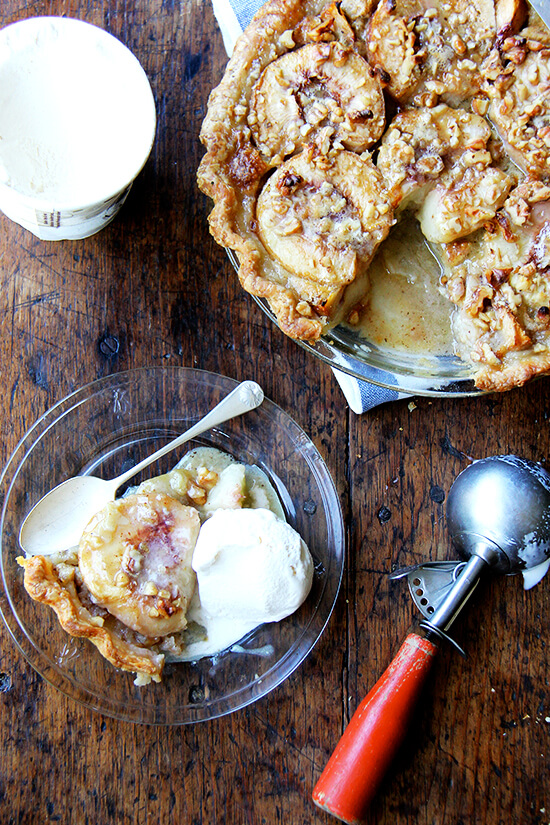 A few weeks ago, in the daily cooking newsletter from the NY Times, Kim Severson discussed the joys of cooking with friends, the benefits of learning from others, the potential discoveries that might be made, such as peach and blackberry crisp, “whose luscious secret, borrowed from the pastry chef Nancy Silverton, [is] four tablespoons of butter browned in a saucepan with a vanilla bean poured over the fruit before the sugar and nut topping [goes] on.”

No recipe was provided, and I couldn’t find an exact match with my googling, but I think the point is that you don’t need a recipe here. Every bubbling-fruit, crumb-topped concoction you make can be adapted to have vanilla bean-flecked brown butter.

The letter almost inspired me to sacrifice the half dozen peaches on my counter, but it sort of felt like a crime — the peaches have been so good this summer, and to eat them any other way but leaning over the sink, juices dripping down chin and arm, felt wrong.

But it also felt wrong to let summer pass without making a single pie, cobbler, or crisp. How has this happened?! Where does life go?! Over the Labor Day weekend, I took action and made this German peach pie, an old recipe my mother has had scribbled on scratch paper for years. I adapted the recipe to include brown butter, vanilla bean paste, and walnuts in place of pecans.

German peach pie, which may or may not be German at all, is like an open-faced pie made with four halved, peeled peaches topped with a butter-sugar-egg mixture and a small sprinkling of nuts. When it bakes, this vanilla custard bubbles around the peach halves, which, after the hour in the oven, become spoon tender and are utterly delicious. Vanilla ice cream is a must as is a crew to help polish off the spoils, though pie for breakfast isn’t the worst thought either.

All I can say is that I’ve been sleeping easy with “make pie” crossed off my summer bucket list. Hope you all have been, too. 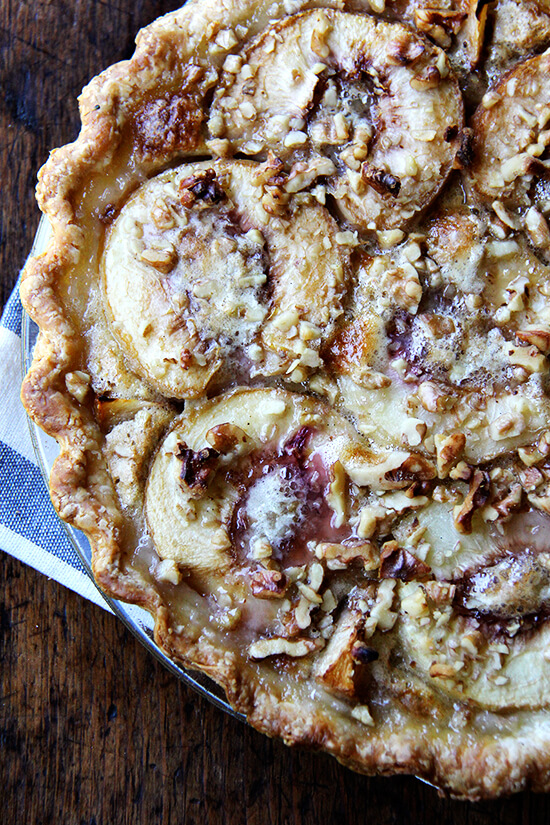 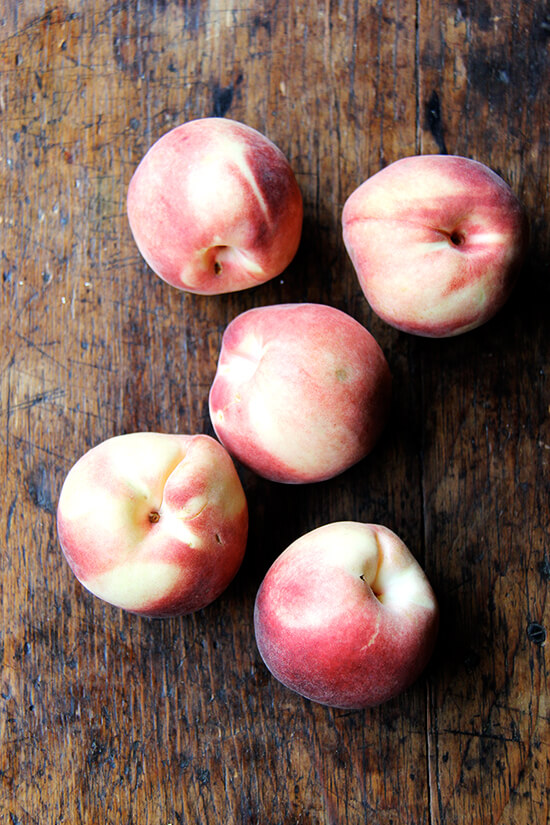 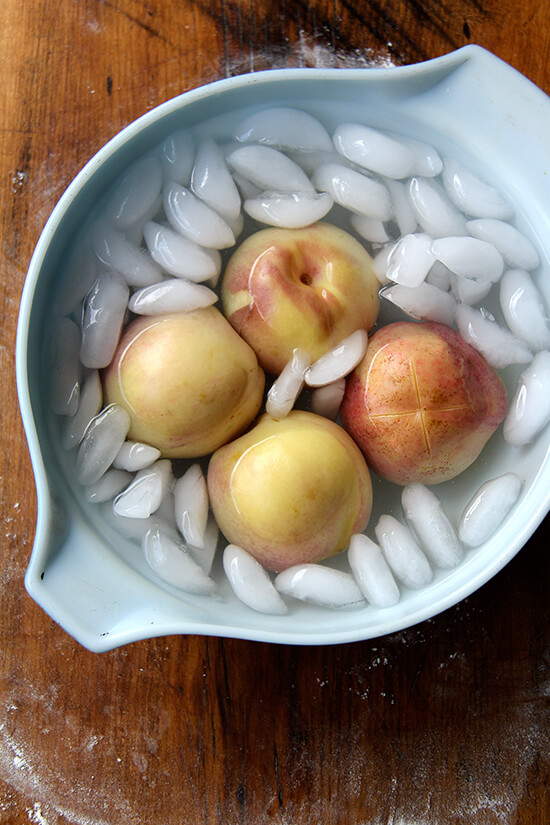 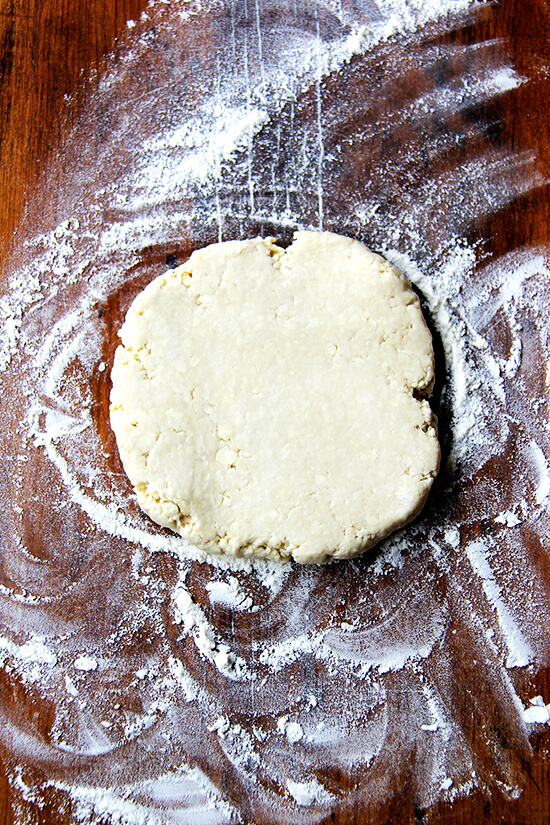 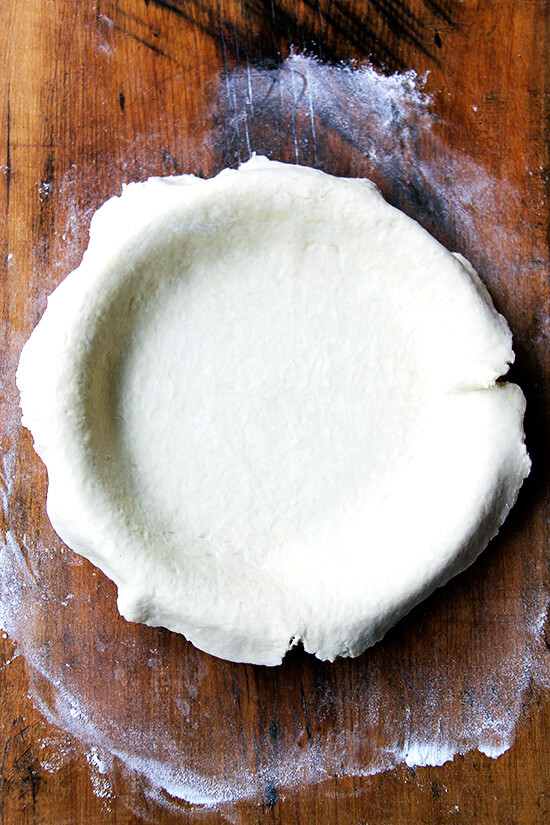 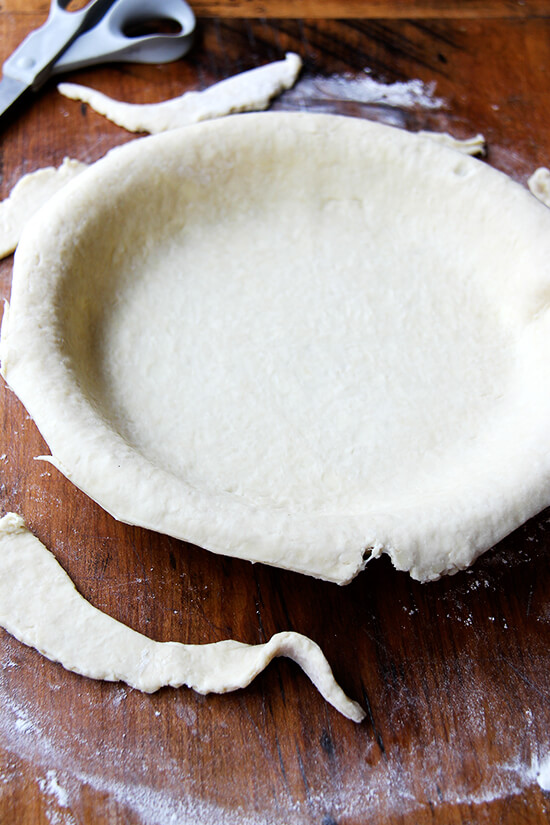 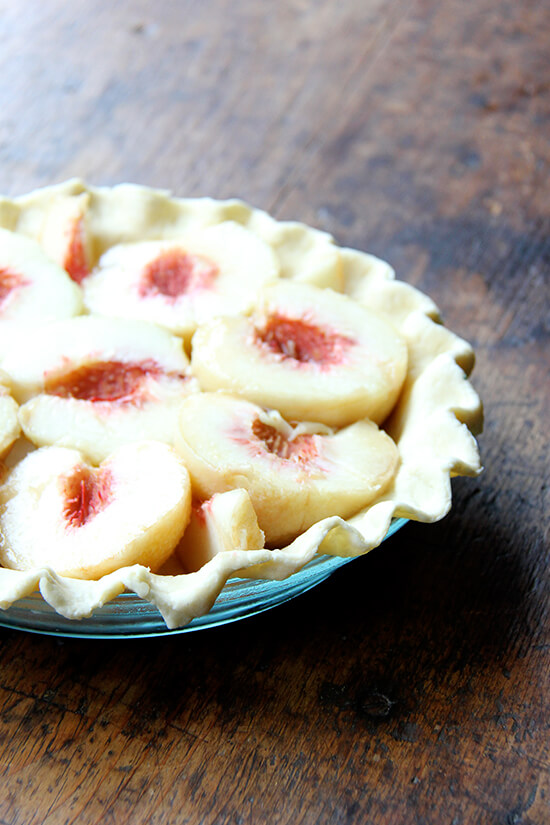 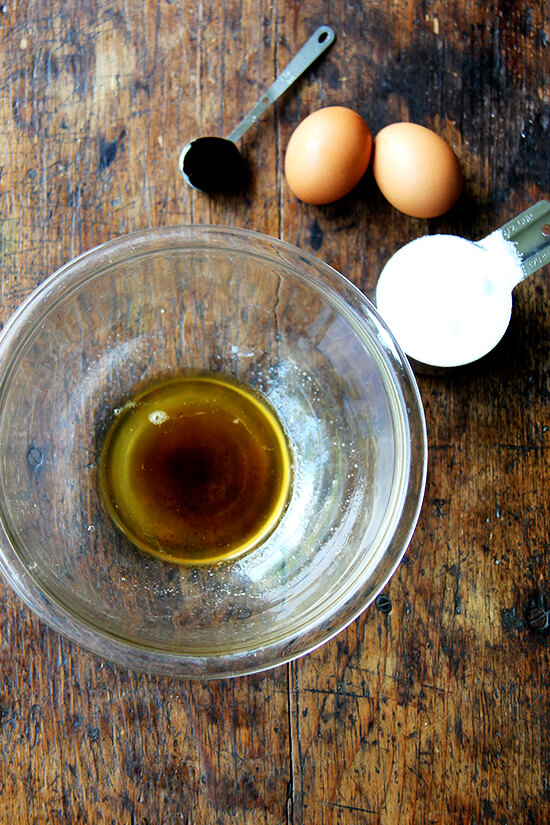 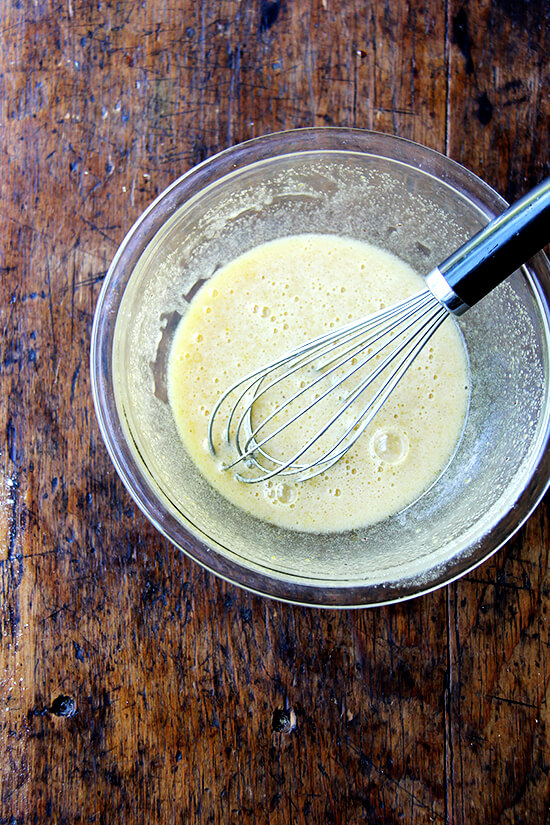 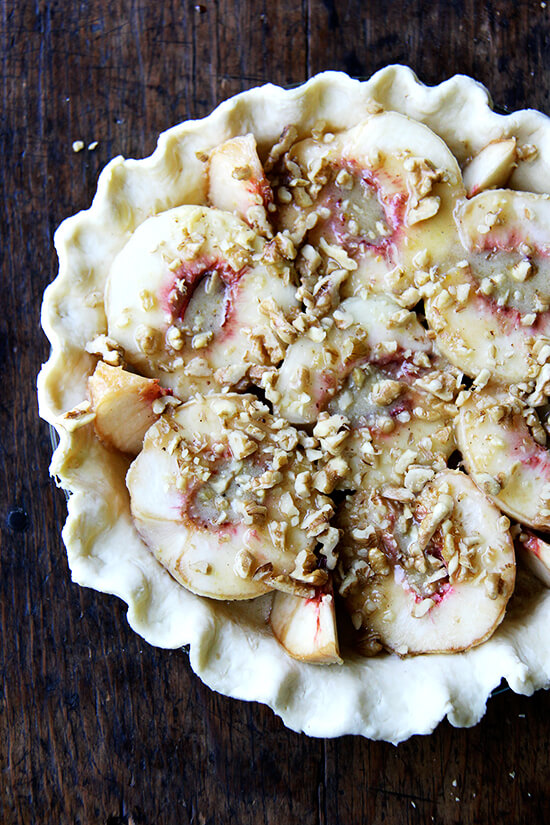 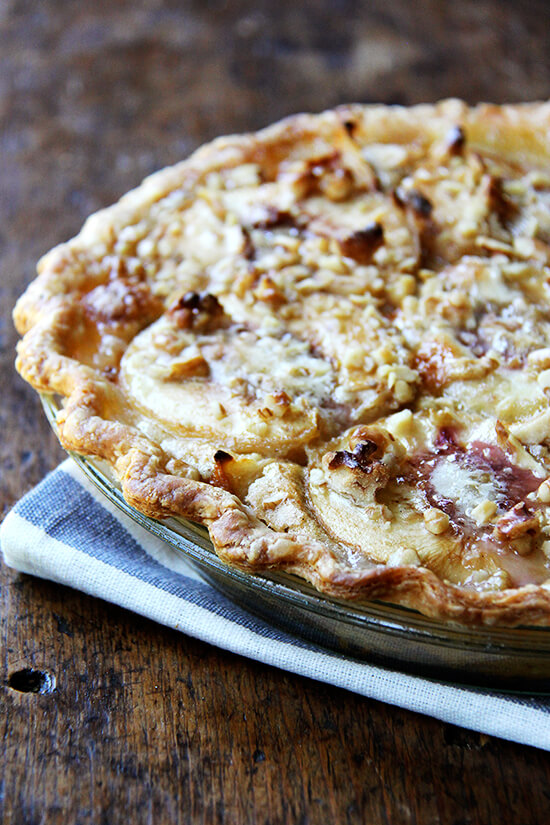 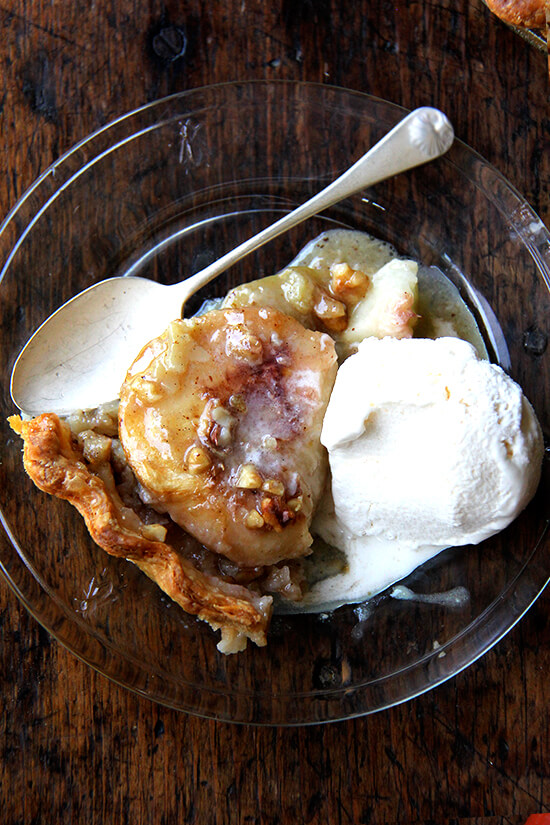 This is a really boring video demonstrating the magic of the Catamount Flameware measuring cup. You can place the measuring cup directly over a flame. I love it.

This is the pie dough I use for every recipe requiring a crust. For more guidance on pastry and pie making, see this Basic Apple Pie post. King Arthur Flour has a great peach-peeling tutorial. In sum, boil water, prepare an ice bath, blanch peaches for 30 seconds total, transfer to ice bath, peel skin, which should come off easily if peaches are ripe. This recipe source is unknown. My mother has had it scribbled on scratch paper for years. I made a few changes to the recipe: brown butter vs melted, the addition of vanilla and salt, walnuts in place of pecans, omitted cinnamon.