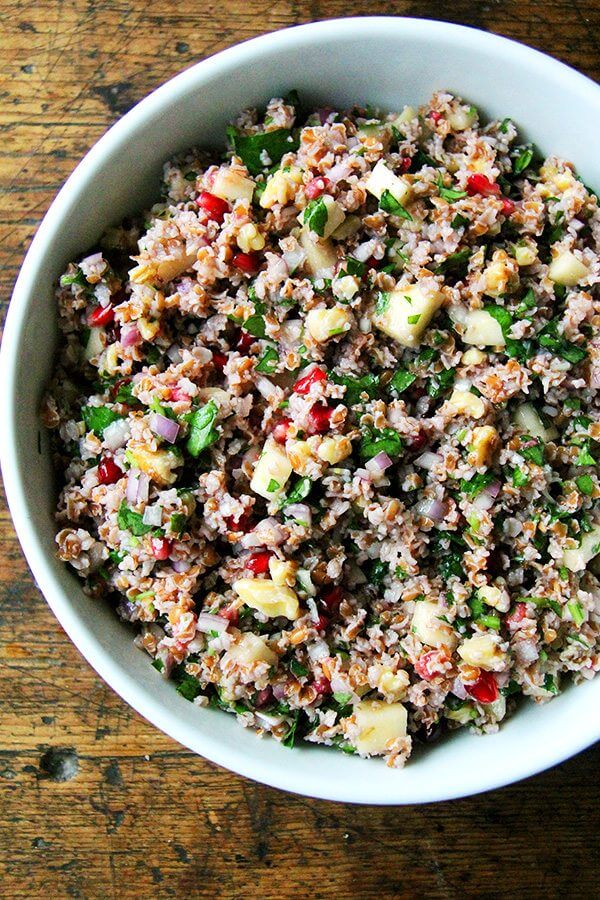 Last Thursday morning I made two pies, juiced some lemons, emptied the contents of a few bottles into a bowl and called my contributions to Thanksgiving done. Later that morning, we drove down to my sister’s in Rhinebeck, where we met up with my three parents and kicked off the holiday season. My sister roasted the turkey in the romertopf, my mother’s preferred method, and a few hours later, the feast was ready: we set out the cranberry sauce, the stuffings, the gratin, my mom’s roasted Brussels sprouts with grapes, and cranberry-walnut dinner rolls. I made sure everyone’s punch glass was full, then took a 90-minute nap on the couch, waking up just in time for pie. It was incredibly relaxing. I hope yours was, too.

With a fridge full of leftovers, I spent some time over the weekend paging through a few cookbooks, in particular Zahav, which I’ve had out from the library for a few weeks now. When I came across the traditional tabbouleh recipe and read in the notes about a fall variation that included pomegranates, apple, and walnuts, I needed to make it immediately — nothing sounded more refreshing. What’s more, no cooking was required — bulgur simply needs to be soaked in cold water for about an hour.

I made the salad, then made it again immediately afterwards on Facebook Live, then found myself with four quart containers stuffed with fall tabbouleh salad. There are worse problems to have. This salad is the loveliest mix of textures and flavors—sweet, tart, crunchy. We’ve been snacking on it all week. I think golden raisins would be nice in here, too. Hope you all are well. 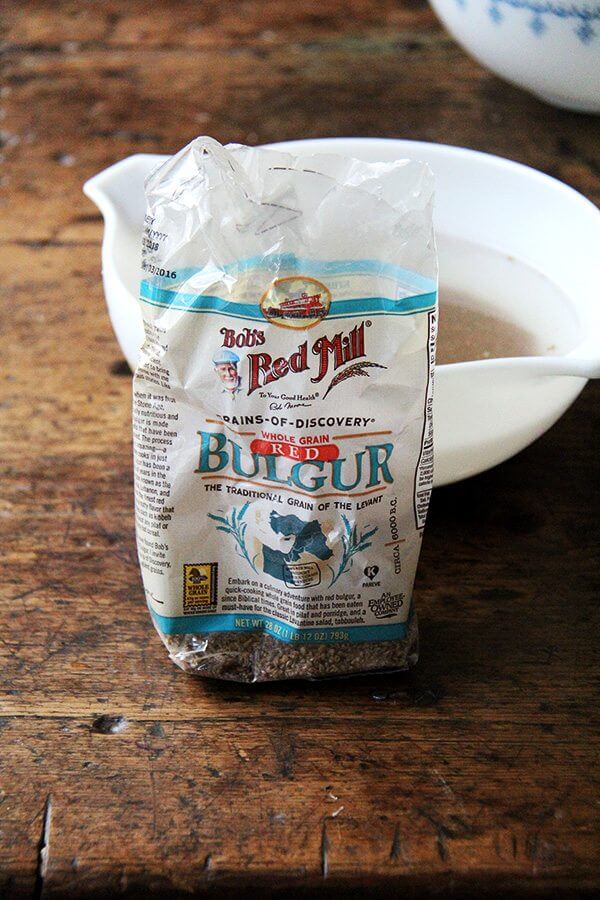 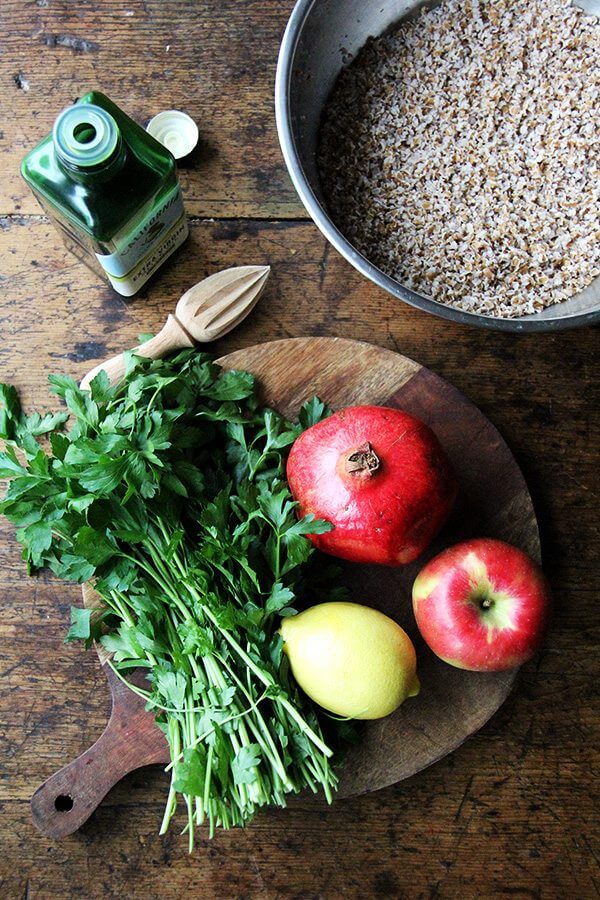 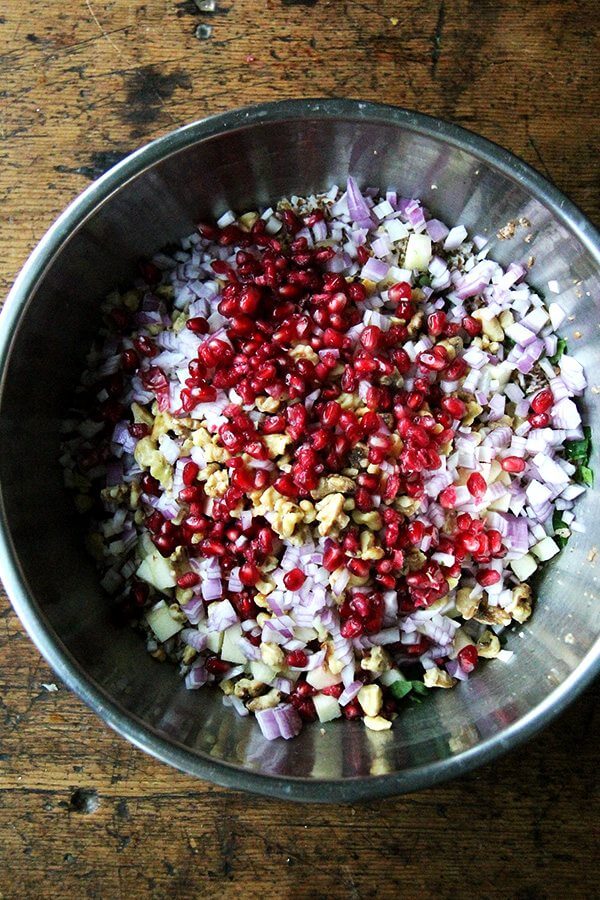 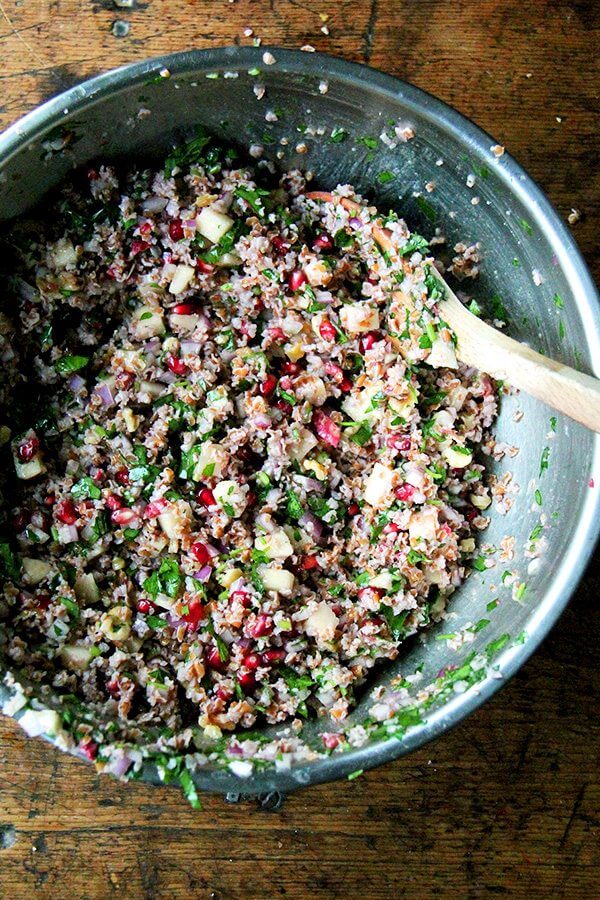 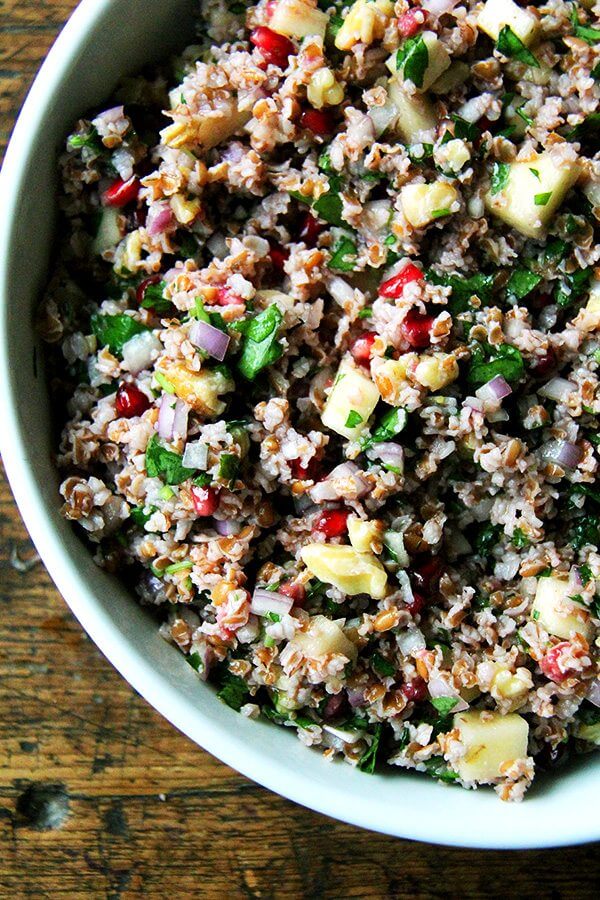 After the bulgur soaks for an hour, this salad takes about 10 minutes to throw together. Watch it live! 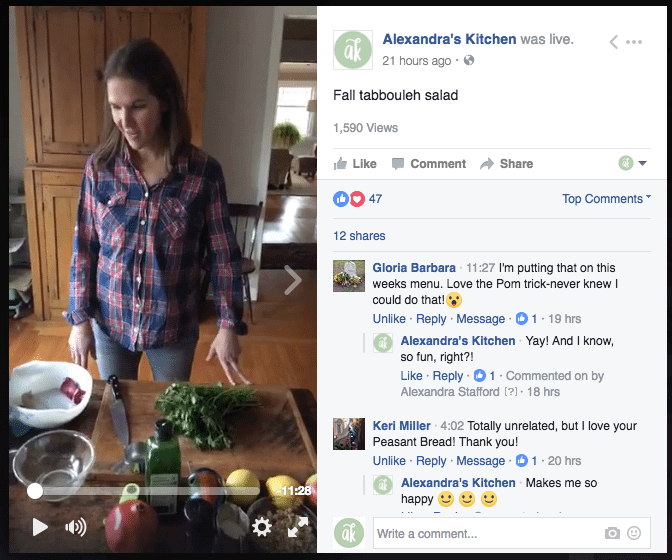 From Michael Solomonov and Steven Cook’s Zahav Original recipe calls for 1/2 cup dried bulgur and 2 cups parsley, which is a little heavier on the parsley than this one. Adjust to your liking. Traditional tabbouleh is very heavy on the parsley. Original recipe also calls for equal parts olive oil to lemon. I like mine a little less lemony than equal parts, but this is a salad that should be dressed to your liking. Toast walnuts on a sheet pan at 350ºF for 10 to 15 minutes or until lightly golden and fragrant.Cooked quinoa can be used in place of the parsley. Golden raisins would be a nice addition. 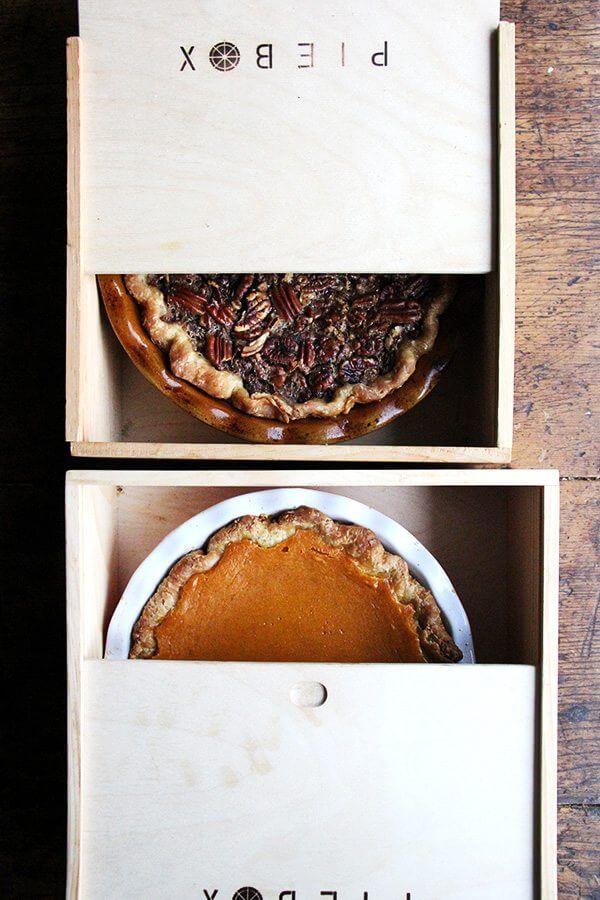 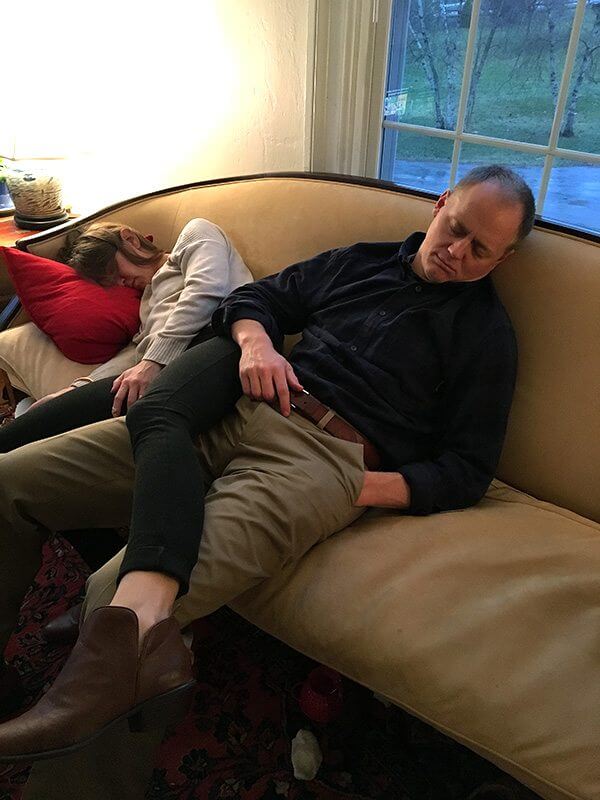 24 Comments on “Fall Tabbouleh with Apples, Walnuts, and Pomegranates”